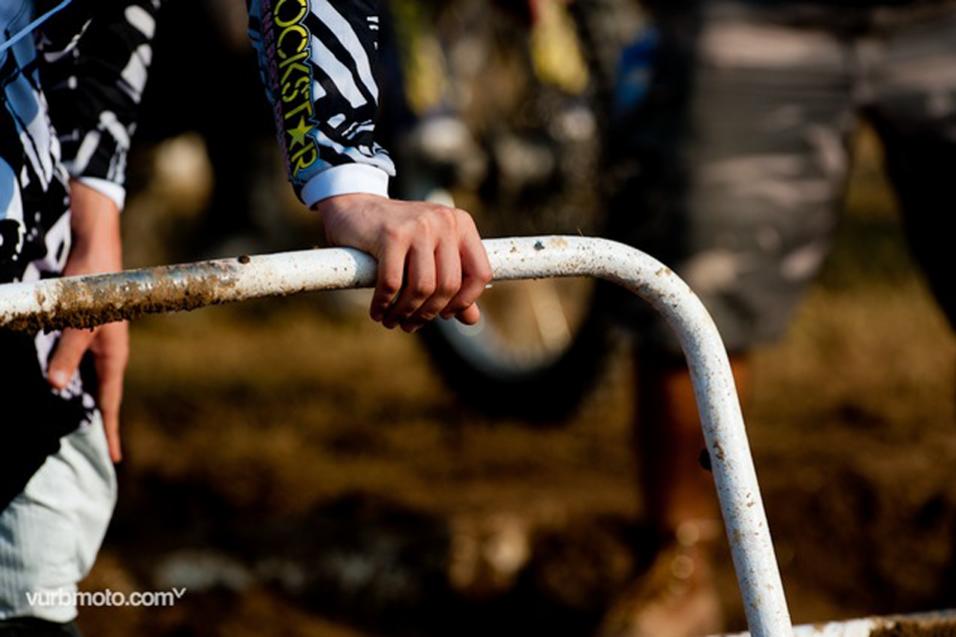 6. Joey Savatgy’s Bad Luck: Terrible luck for the Suzuki rider who was expected to be a force in the B classes. He crashed out of his first moto of the week, and then won his second moto, but was docked a lap for jumping the gate. Scratch him from any sort of title contention. Meanwhile, two kids known as “the younger brothers” are doing some damage in the B classes. Jeremy Martin wins a B class moto (that’s Alex’s bro) and Justin Hill has been consistent on the podium (that’s Josh’s bro). Also, Zach Bell is in the hunt against those two, and he and Martin seemed set for a 250 B Stock drama showdown in the third moto. But perhaps the most solid B class performance so far has come from Cole Thompson, who has both moto wins in 450 B Stock. 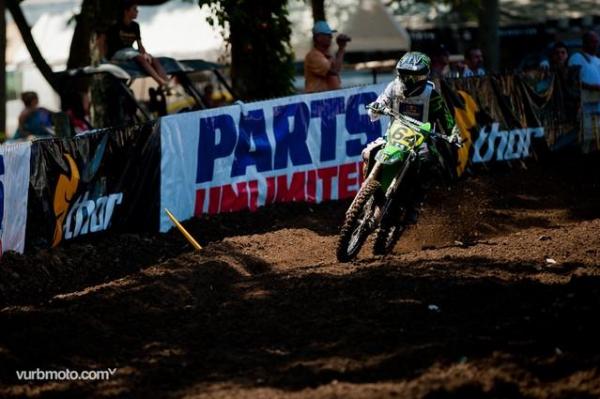 5. Thomas Covington’s Clutch Win: The once-Alabama-based-now-living-in-California kid logs a superb ride in 250 B Modified. He takes third in moto one behind Justin Summers and Max Tannenbaum, then gets out front in moto two and has to take the pressure from Savatgy, who is back with a vengeance after all of his early problems. Covington holds the early lead, and Savatgy gets to his rear fender and stays there for the entire moto. The lead for Covington never grows beyond 1.9 seconds, but he never relents under the pressure and holds on for the win. Now he’s holding the lead heading into moto 3 with a 3-1, after Summers and Tannenbaum had their second moto troubles.

4. Zack Freeberg’s Heartbreaker: He mounts a fantastic comeback in his first Open A moto by coming from 13th to first. Moto two? He and the man that finished second in the first moto, Grant Ransdell, tangle down the start straight, and they find themselves banged up and way back. Ransdell doesn’t even finish, and Freeberg ends up 24th. Chris Plouffe wins, and he’s looking at a 4-1 heading into the final moto.

3. Bogle vs. the World: Justin Bogle is the one everyone is gunning for, and that target is making an impact. He’s grabbed both wins in 450 A, withstanding some serious pressure from Gavin Faith. But in 250 A, Kyle Peters gets out front early, and Bogle can’t catch him. Guys like Peters and Faith know they can make a name for themselves if they can beat Bogle for a title. 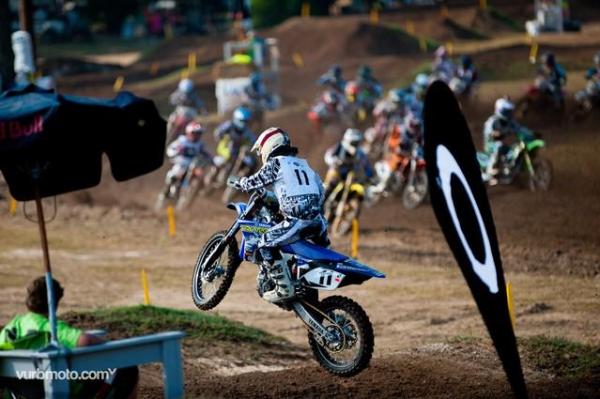 Kyle Peters took down Bogle in the 250 A class.
Photo: Brent Stallo / Vurbmoto

2. The Cianciarulo Story: AC is cool early, until drama unfolds in Supermini Moto 2. Lots to watch in this one. Adam Cianciarulo grabs the holeshot but goes down when he washes out heading into the Ten Commandments. He’s in last, but, incredibly, is into 20th by the end of the first lap. That means he passed twenty riders between the Ten Commandments and the finish line! Up front, Cooper Webb needs a win after crashing and taking fifth in moto 1. He’s out front, but facing huge pressure from Jordon Smith. Smith makes the pass, Webb gets him back, Smith takes the lead again, Webb gets it back. Amazing battle, until Webb crashes while trying to get past some lapped riders with about two laps to go. Smith snags the win, Webb takes second, and Cianciarulo comes all the way back to third.

1. Mini Battles: Who is next in line behind Mini Superstars like Cianciarulo and Webb? The (12-14) 85cc classes are crazy, with four moto winners in four motos. Blake Green, Austin Forkner, Mark Worth and Justin Hoeft are all duking it out for titles here. The next generation is definitely stacked.