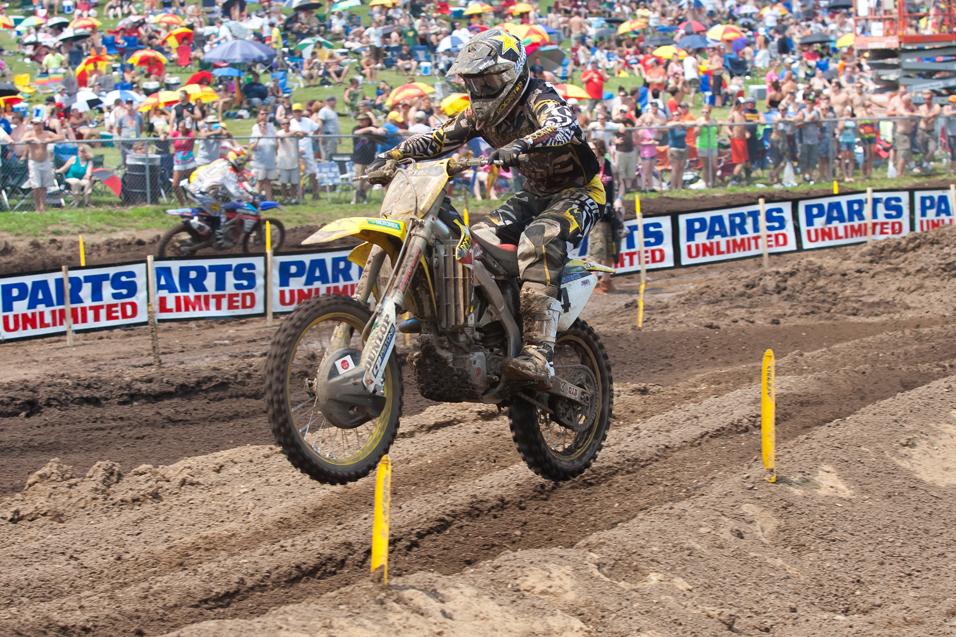 July 14, 2011 4:00pm
by: Jason Weigandt
Spring Creek MX Park Millville, MN Spring Creek Motocross (Millville) Lucas Oil AMA Pro Motocross Championship
After a solid ride for fourth overall at RedBud, Rockstar Makita Suzuki’s Brett Metcalfe moved to fourth in the 450 class standings of Lucas Oil AMA Pro Motocross. Can he keep climbing and challenge the Reed/Villopoto/Dungey trio that has won all of the motos this year? He feels he is prepared to do that in the second half of the season.

Is that an advantage at all?
Maybe a little bit, in the first practice, there are usually a few little adjustments done from the first practice, and you can get them done a little earlier. It might help you get a better lap time in because you can attack a little earlier. But that’s not really going to help out for the motos. The track is so much different on Saturdays compared to a Thursday, anyway. You can get a good gate pick with a good practice lap, but you can still get a bad start even with a good gate. 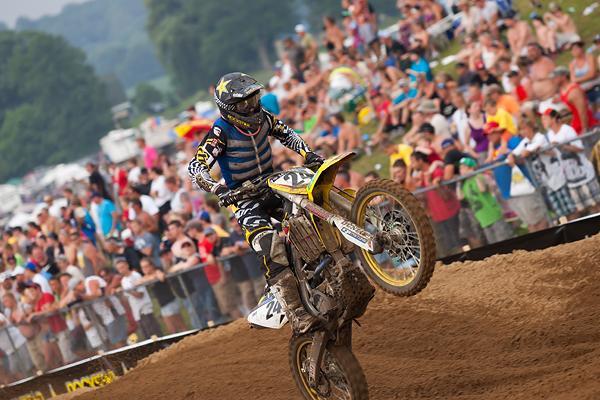 Metcalfe moved into fourth in the point standings after RedBud.
Photo: Andrew Fredrickson

The year maybe hasn’t started the way you wanted, things seem to be coming around now. Where you were you wanted to be when the year began or where you still struggling with that supercross injury?
I was a little bit sore but I was able to ride fine. I started out pretty good, Hangtown I was 5-5, and I had some good motos, but I also crashed in every moto at the first two rounds. I was making mistakes, just little tip overs. I chose a set up coming into the season that was set up for me coming into the season—and because of the injury I wasn’t able to push really hard because of my wrist. I was maybe able to ride at 80 percent intensity and my speed wasn’t there, so when I got to the races I was trying to push that extra bit, and it wasn’t working and I was making mistakes. So my riding has gotten better and we’ve changed the setup. It’s a big change from the start of the year and where I am now.

When did you first feel you had everything were you wanted it? RedBud?
Each week has been a progression. The second moto in Texas is where we really started to find some stuff out. Every weekend since then we’ve gotten better and even this week we did some new things. I feel better than ever. Those rounds in between, we just had some bad things happen. Bad starts, couple of first turn crashes. A lot of those races I was able to at least get into the top ten. 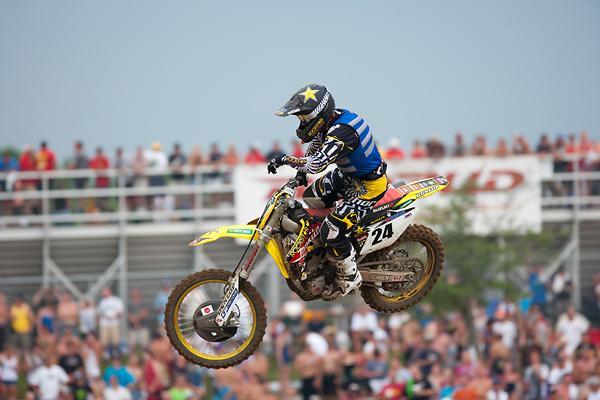 Can Metcalfe break up the Reed and Ryan's party?
Photo: Andrew Fredrickson

Right, and now you’ve managed to climb to fourth in points. Everyone wants to close the gap on those three guys up front. Can you close that gap on them?
I believe I can. And I think that’s the biggest part of it, if you believe you can, and I truly believe I can. My speed has really been coming around in practice times and lap times, now it’s just a matter of getting a start and putting myself in position to challenge. When you don’t have the speed to come from tenth to first it’s not going to happen, you have to start up front. Last year, the first half of the season I was riding well, but nothing outstanding, then the second half of the year I finished strong. This season is going a little bit similar to last year. I believe I can, and I want to. First step, I want to get an overall podium finish, that will be the biggest thing now. Obviously the competition has stepped up, we have a couple of guys up there this year who are going great. But I like having that competition. It’s good to know you’re competing with the best in the world, but to be among that group you have to beat them.

So you’re prepared now, things should be better in the second half.
If I don’t, it’s on me. It’s always on you, of course, you’re the rider, but everything for me is dialed in. If I don’t make it happen, it’s just the other guys are better, or whatever happened on the day happened. But I believe I can be up there.