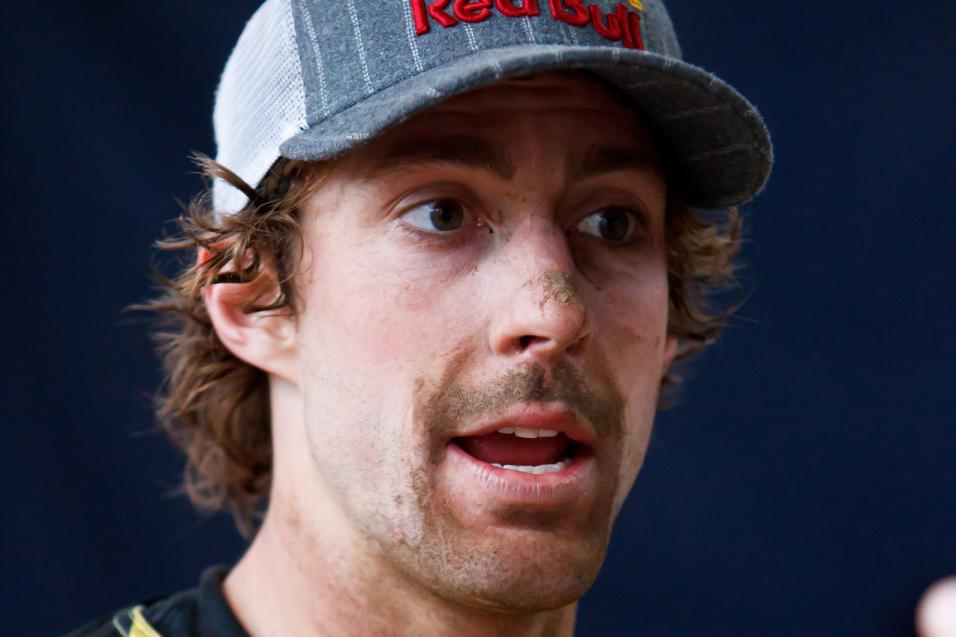 James Stewart’s big crash on Saturday night in Daytona could ultimately prove very costly. Instead of gaining three points on Monster Energy AMA Supercross point’s leader Ryan Villopoto, he finished ninth, a 15-point swing in the series due to that crash. If he comes back to win the title, Daytona will be just a footnote in history. If he doesn’t, the crash will be remembered forever.

What are some of the most costly crashes of the last decade? We tackle that for The List.

10. Tim Ferry at the 2003 MXdN: Zolder, Belgium hosted the 2003 des Nations, and Team USA wanted back into victory lane after skipping the 2001 and 2002 events due to post-9/11 travel fears and the Competition Park cancellation fiasco. In ’03, Tim Ferry went down on the second lap of the first practice and tore a ligament in his thumb. Red Dog, of course, gave it all he had the next day, anyway, and finished tenth—amazing considering the injury. But when Ryan Hughes popped a chain, it ended all hope for Team USA, even though Ricky Carmichael won the race in the one-moto format. Ferry at least had a chance to avenge this with a bunch of MXdN wins later in the decade.

9. Mike Alessi at the '05 Glen Helen National: This one was an on-purpose crash. MA800 came into the 2005 Glen Helen AMA MX finale facing a big point’s deficit on Ivan Tedesco. But IT’s bike broke in the first moto, giving Mike a real shot at the title in moto two if Tedesco faltered again. Mike took matters into his own hands and took Tedesco out, and then famously stood on Tedesco’s bike and reached for the kill switch to try to get the bike to stall. The tactic didn’t work, and the AMA DQ’ed Mike from the event, costing him second-place points for the season. They also stripped him of what would have been the 2005 Rookie of the Year Award. Bonus points if you can remember who won that ’05 ROY Award instead of Alessi

8. David Vuillemin in 2002: Ricky Carmichael had a costly crash of his own at the Anaheim 1 opener in 2002, hitting the deck and handing David Vuillemin a 24-point lead right from the get-go. DV held tough and still had a decent points lead heading into the Daytona Supercross. Then came a photo shoot with Transworld Motocross Magazine, and Vuillemin had a get-off and hurt his shoulder. He was forced to pull out of that weekend's Daytona SX and ultimately lost the SX title to Carmichael. 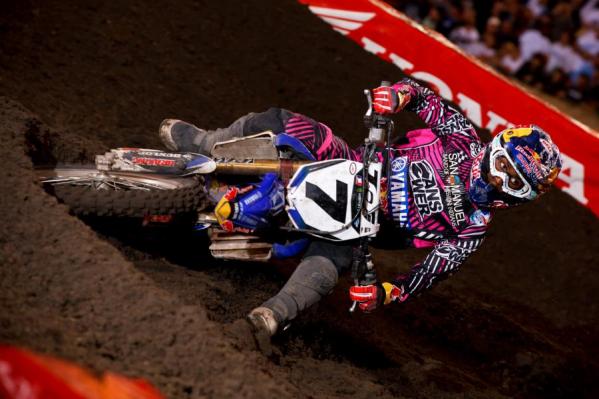 Stewart has had his share of big crashes over the years.
Photo: Simon Cudby

7. James Stewart at 2003 125 East/West shootout: Stewart crashed early in the Vegas 125 Shootout Main Event, and then rode hard to try to make up time. He ended up crashing on a jump and bailing off of his KX125, landing body-first onto the start straight right in front of the mechanics’ area. He broke his collarbone and missed the first few 125 MX Nationals, where he was the defending champion. He won every moto once he returned, but couldn’t pull out enough points to prevent Grant Langston from taking his title.

6. Stewart Over the Bars at High Point in 2006: Stewart had some wild crashes outdoors in 2005 while facing Carmichael’s RM-Z450 on a KX250. But he was armed with a KX450F in 2006, and beat Carmichael for the overall at the Hangtown opener. The next weekend at High Point, the duo battled again, until Stewart went over the falls, crashing huge on a downhill double jump in the first moto. He scored zero points for the day, and Carmichael was off and running to another championship.

5. Ryan Villopoto breaks his leg at St. Louis 2010: Recent memory here. RV2 was bearing down on Ryan Dungey for the SX points lead, and took the lead in the St. Louis race after a wild block pass that put both riders on the ground. Dungey gave chase, and then Villopoto spun leading up to a big jump and had to bail off, breaking his leg and ankle and ending his season. 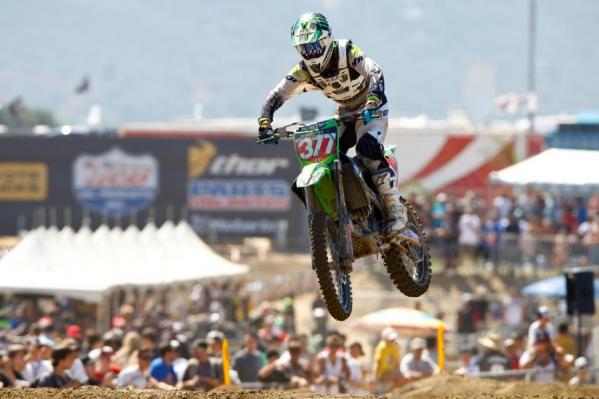 4. RC in 2003 at the Carmichael Farm: Few saw this one since it took place far away from the races, but RC tore his ACL and ended up having to sit out of the entire 2004 AMA SX Tour. Chad Reed won the title. Worse yet for RC, Honda seemed to grow disinterested in his services, leading Carmichael to sign with Suzuki, who he still rides for to this day. And Honda hasn’t won a 450 title since.

3. Stewart down in Dilla practice in 2007: Carmichael won the first six rounds of the 2007 AMA MX tour but then stuck to his plan of retiring halfway through the season. Stewart then seemed in clear control of the title fight, until he knocked himself out in a Unadilla practice crash and scoring zero points. He tried fighting through it, winning the next race in Colorado, but still seemed to be struggling when he twisted his knee at Washougal and had to drop out of the fight. He left a dramatic title chase behind, and Langston ultimately pulled through again.

TP had some big crashes through the years. But the most costly came in 2001.
Photo: Simon Cudby

2. Pourcel at Pala in 2010: Christophe Pourcel lost the 2009 AMA 250 MX crown in heartbreaking fashion—due to a mechanical problem—but 2010 was even worse. Trey Canard mounted a strong comeback in the second half of last summer’s AMA 250 MX series, landing him in the thick of a title fight with Pourcel heading into the season finale in California. But Canard crashed in the first moto, so Pourcel had the title pretty much in hand while he was cruising in third. Then suddenly, Pourcel crashed on a double jump and broke his shoulder. Canard took the title. Worse yet for Pourcel, he was unable to secure a ride for 2011. With Canard having already won a race in his rookie season, one has to wonder where Pourcel would be right now if he had not hurt himself at Pala, won the title, and got a factory 450 ride for this season.

1. Travis Pastrana at Unadilla 2001: Seems like forever ago that Travis Pastrana was a dirt bike racing prodigy with the same potential as Carmichael and Stewart, but in 2001 he was the defending AMA 125 MX Champion, and had already won the 125 East SX Title. By mid-summer, he was sitting on a massive points lead outdoors en route to his second-straight title. He was also heading to a 1-1 sweep at Unadilla. On the last lap of the second moto, TP went over the bars on a double and knocked himself out. Grant Langston inherited the win (is there a theme here?). Pastrana tried racing again, but he kept crashing and hitting his head, eventually having to bow out of the series. After his Unadilla crash, he never won another professional MX or SX race.