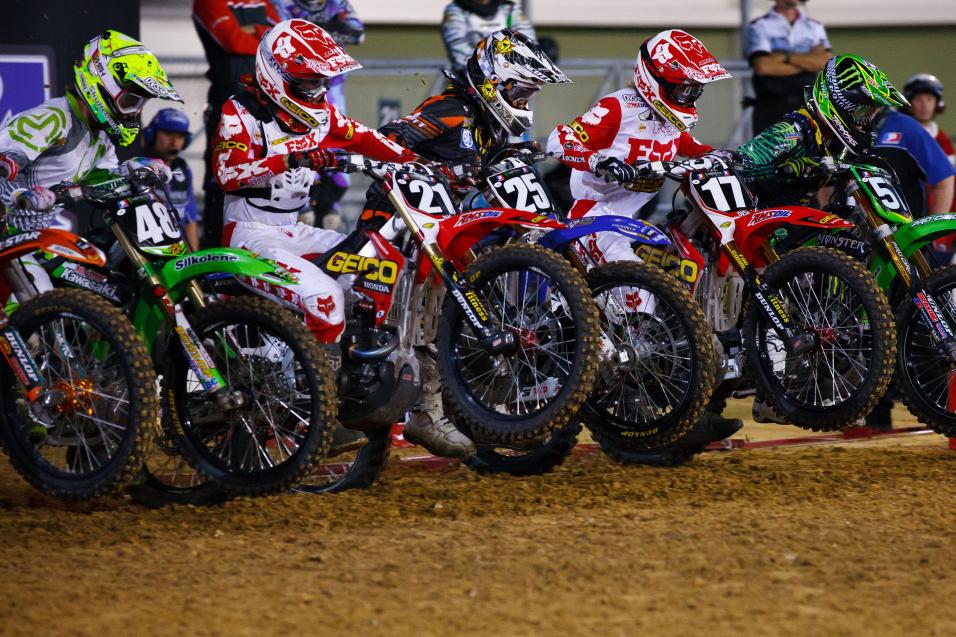 One Industries Thursday Rev Up Against Supercross and Time

March 10, 2011 10:50am
by: Andy Bowyer
Lucas Oil Stadium Indianapolis, IN Indianapolis Monster Energy AMA Supercross Championship
Hello, everyone, and welcome to the Rev Up. This week’s column comes to you with a title that may have a few of you raising your eyebrows. While pondering what to coin the anthem of this week’s Rev Up, I went back to a book that Davey Coombs gave me a few years ago. The novel was given to him by none other than Eric Johnson, and then DC passed on to me and its prose has remained embedded. The book is actually called Against Death and Time, by Broc Yates, and it chronicles the historic and very tragic year of motorsports in 1955. This was the year that open wheel star Alberto Ascari, American icon James Dean and Indy 500 legend Bill Vukovich met their demise while trading punches with mother speed. The book is centered around the Indianapolis 500, whose history stretches back to the 1900s. The reason they call it the “Brickyard” is because once upon a time the race track was actually made out of bricks. And yes, you’re welcome, Captain obvious. 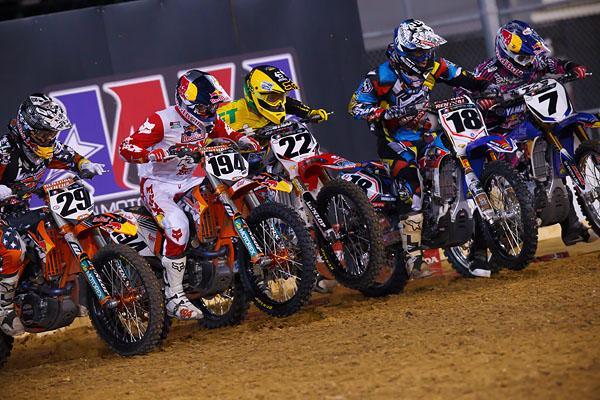 2011 has been a season to remember.
Photo: Simon Cudby

But what we have on our hands here is more than a little racing history. What we all have a reason to be jacked up about is this scenario of mayhem we are all experiencing. The 2011 Monster Energy AMA Supercross series has become one of the most spectacular and unforgiving struggles we have seen in our rich history. Our country has rich history, auto racing has rich history, and the sport of motocross has its own special place in the book. Especially to you defenders of the faith.

This one is going out to my Midwest boys that have a garage full of moto. Old-school pictures, new handlebars, sprockets, and all of the good shit that a good garage has on the wall. This one’s forthe “real” moto heads that live and bleed this affliction that we all love to our bones.

Nobody could have predicted the way the song would sing this year. We all had our ideas, hunches, and forecasts, but nobody has or can say that this thing would have turned out the way it has.

It’s all out the door, doctor. Hell, they’ve all won. And as it stands, RV Park has won the lion’s share and is the alpha male. Villopoto showed up at Anaheim ready to eat his own guts and ask for seconds. He’s given some away, Stewart has given a couple away, and in the middle we have a rejuvenated Chad Reed who is bringing “The Thunder” back. Ryan Dungey, who has really not even show what he can do, and about a half dozen other proven winners are ready to make the 2011 version of the Indy SX the best one we’ve ever seen. 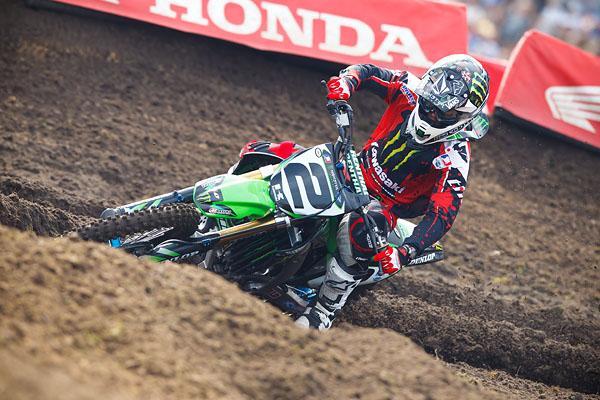 RV has lead the charge in 2011.
Photo: Simon Cudby

Go ahead and try to turn the head on this cat and tell me otherwise. One of the most exciting and unpredictable seasons in supercross history is heading into the most history-rich racing city in the world. Not just here in the United States, Indianapolis is the heart of all things racing.

My friends, that’s all I got and that is really all you need to head into this weekend with the shoulders back. Go out and get the aforementioned novel and gain a little appreciation for the way things are in motorsports today. As gnarly as things are, once upon a time there were men that knew real fear and had the courage to take it on. Be that as it may, I’m more than proud of the boys that have made this a season to remember.

What’s this one going to be like this time, my friends? Hell of a question, huh? Will Villopoto continue to amaze us? Will Stewart rebound? Will there be a new winner? We're all going to find out and there are no words that can harness the sweet uncertainty of this one.