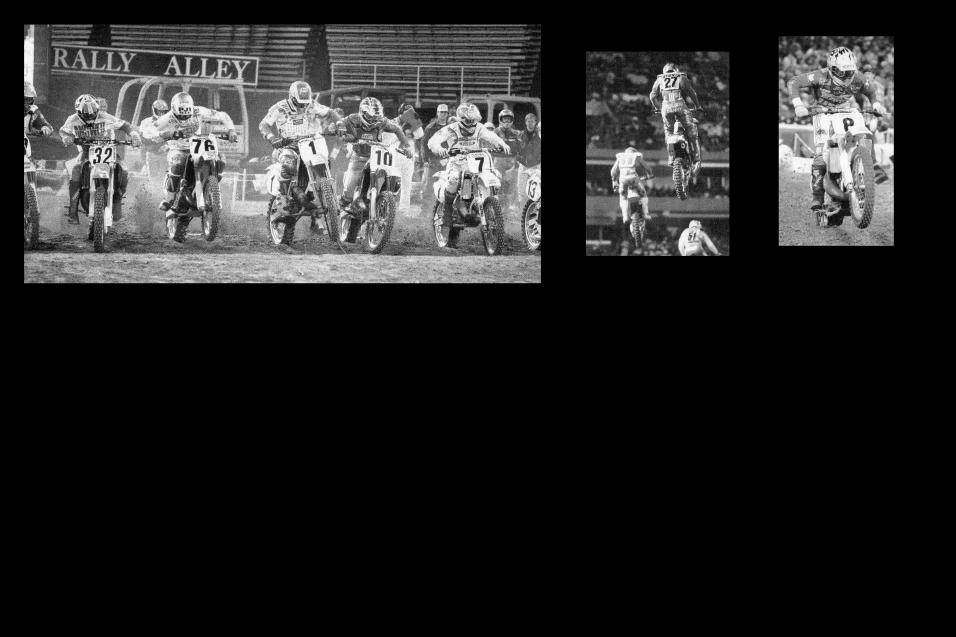 February 24, 2011 2:00pm
by: Jason Weigandt
Georgia Dome Atlanta, GA Atlanta Monster Energy AMA Supercross Championship
It’s one of the supercross races the series is most often judged by, and one that, in this author’s opinion, is the greatest race in the history of the sport

Yes, the legendary Anaheim 1986 battle between David Bailey and Rick Johnson gets a lot of “best race ever” play, but that race merely featured a one-on-one duel. Atlanta 1990 presented the mother lode: no less than eight riders battling for a win, for the full twenty laps, with the race winner not even taking the lead until the last lap.

When we make our weekly Saturday night wish for great racing, Atlanta ‘90 is the type of race we are wishing we will see.

It was so good, that not only did the eventual race winner not even get into the lead until the last lap, but he wasn’t even anywhere near the front for the first ten laps. Johnny O’Mara led early. Then Damon Bradshaw took the lead; Jeff Stanton, Jean-Michel Bayle and Jeff Matiasevich made appearances near the front. Mike Kiedrowski and Guy Cooper were next, and Cooper battled forward and got the lead from Bradshaw. Cooper made a mistake, putting Bradshaw and Kiedrowski up front again, until Kiedrowski crashed and took Bradshaw down with him. 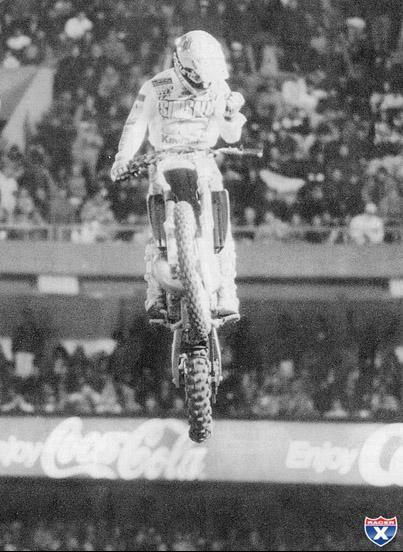 Ward was the winner of the epic 1990 Atlanta Supercross.
Photo: DC

Cooper had the lead for the second time but was now under fire from Rick Johnson, the former king of the sport who was logging his last, best race. RJ had been struggling for a year with a trashed wrist, but he fought through the pain on this night, went after Cooper and got the lead. By about that time, RJ’s old rival Jeff Ward began to appear on the scene. Then RJ’s wrist started to give out, Cooper turned it up and passed him back for the top spot. With two laps to go, it looked like Cooper was finally going to nail down his elusive first-ever supercross win. But Ward found a sneaky line through the whoops and passed Johnson on lap 19 then mounted a last charge after Cooper as the white flag flew. He used the same line through the whoops to sneak up on Cooper, snagging the lead with just a few turns left, and winning in ultra-dramatic fashion.

Of course Ward was on a KX250, his weapon of choice for all of his career wins. It was the best supercross ever, and Wardy can always brag that he was the man who won it.