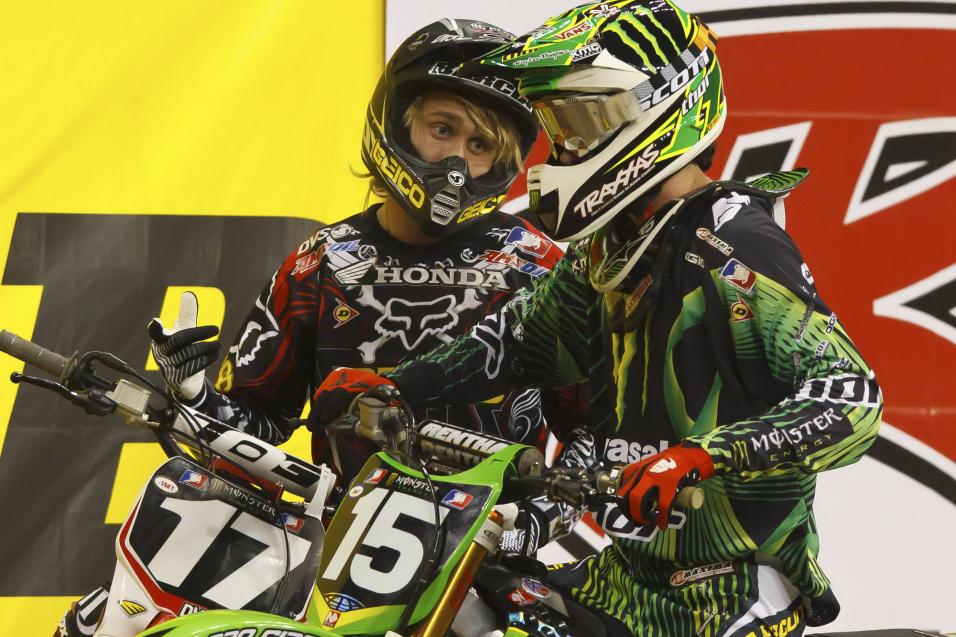 One Industries Thursday Rev Up The Battle of Atlanta

February 24, 2011 11:50am
by: Andy Bowyer
Georgia Dome Atlanta, GA Atlanta Monster Energy AMA Supercross Championship
Hello, everyone, and welcome to the Rev Up. Those of you who have followed The Rev for a few years might remember that I went with the same title in 2010. I always sit and listen to music and go through my iTunes library and ponder title ideas. Sometimes I read a book that sparks a theme, or see a flick that gets it rolling to words...but with the Atlanta Supercross, the title, theme, and vibe can only be “The Battle of Atlanta.”

I’m not going to insult your intelligence. Every single one of you reading this knows that it’s just about to get nasty this weekend. This is the Atlanta Supercross, Jackson. Anaheim is Anaheim, and she is an awesome venue, but year after year, when the tour takes the charge to the dirty south, man it’s special. Besides the fact that there will be 70,000 foaming fans paying for the whole seat, but (insert the voice of God) only needing the edge, this race marks the first true visit to the East Coast. 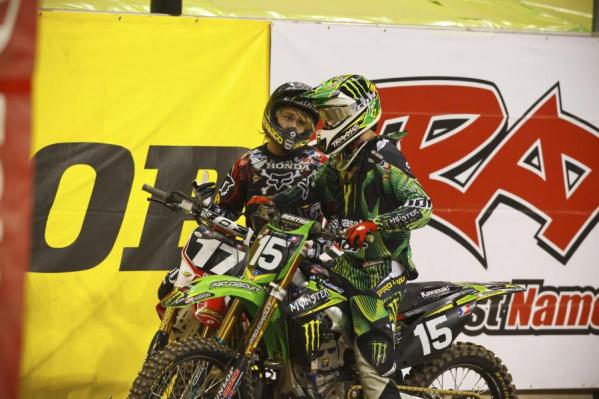 This rivalry is just getting started.
Photo: Simon Cudby

We got a little taste of how it goes down on the Eastside two weeks ago at Houston, and lest you forget, that little diddy was quite the immaculate little dust up. Ice Trey pulled out the first victory of his career, and Bar-Crusher Barcia and Dean “The Steam” Wilson threw down like it was for the championship. The two even had some words, post checkers. Ah, yes. Now it’s time to really see the stuff. Barcia is O.G. MTF and he'll be ready to carry the flag with a fist.

And what’s that noise? That would be the 450 freight-train blowing smoke on its way to one of the tightest points battles ever. We’ve already had four winners with the big boys, and I’m telling you we’re going to see another one yet.

Just typing right now I have the biggest stoke going as I ponder this one. Let’s break it down.

AMA Supercross Lites
There are already a couple hefty beefs going on with these animals. First and foremost, Blake Wharton owes Ryan Sipes nothing short of a t-bone sandwich, for the forearm shiver he received in the waning moment of Houston’s main event. When both guys go down, and lose podium spots, the gloves are off. Revenge is a dish best served cold, and if I was Sipes, I’d be watching out for “Slash” on the inside lines. 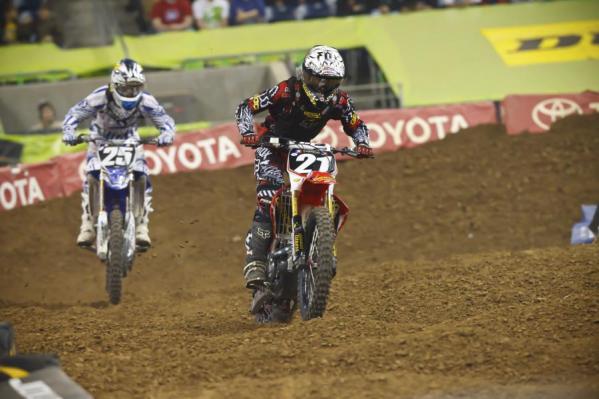 Wharton and Sipes had a get together in Houston... will it carry over to Atlanta?
Photo: Simon Cudby

Oh man, how about the brewing rivalry we have between the aforementioned #17 and #15? Before things get better, they are going to get a lot worse between those two. It looked like Barcia had everyone, including Mr. Wilson, on the speed factor. But, what’s so great about the parity level with this new crop of freshman chicks, oh wait...sorry, that was from...I digress.

Anyways, what’s so grand is that every weekend shows a different scene. Sometimes you just pull your boots on and things are right, sometimes you are hitting your lines as perfect as you can and the bastard is still pulling you. Such will be the case between the two title favorites as their title fight marches on.

They’re going to battle, and there will be trading of paint.

AMA Supercross
This one has all the makings of the Battles of Atlanta’s of years gone by. And, without trying to be too over the top, I believe this one could be the banger. I realize this is quite the bold statement, but take a step backwards and look at what is shaping up. It’s been a few weeks since Stewart has won, Canard is riding with the juice of getting his first, and RV Park has shown that he will bring the noise every week. Oh yeah, I’ll go ahead and take a big STFU from you Reed fans for asking where “The Thunder” has been in last week’s column. How about that? Chad went out and got one.

Now throw in defending heavy weight title belt holder Ryan Dungey’s big goose egg on the scoreboard, Davi Millsaps beginning to throw on the charge, and the ever-present element of surprise and we have quite a pickle on our hands. 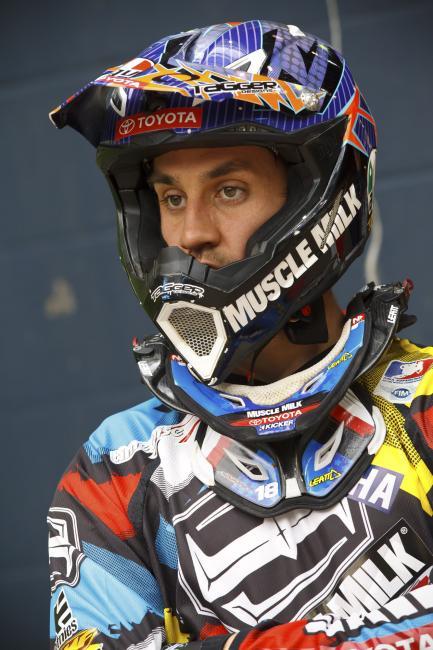 Can Millsaps continue his hometown sucess this weekend in Atlanta?
Photo: Simon Cudby

Come on, Saps! What do you say you take it around for the hometown? Get you some, hoss.

The Atlanta Supercross is here, ladies and gentlemen. It’s the biggest, and has been the baddest race of all-time. Thus far, the madness has been strong. We don’t know who is going to win, and we’re heading into the 2011 version of the Battle of Atlanta with all cannons blasting.

I’ll be making the trek South to take it all in. (follow me: @hattica77) Rest assured, the shoulders have been and will be back on this cat. I can’t wait to feel the energy of 70,000 die-hards all shadow boxing. This is the big one.

Here we go, my friends. Get ready.