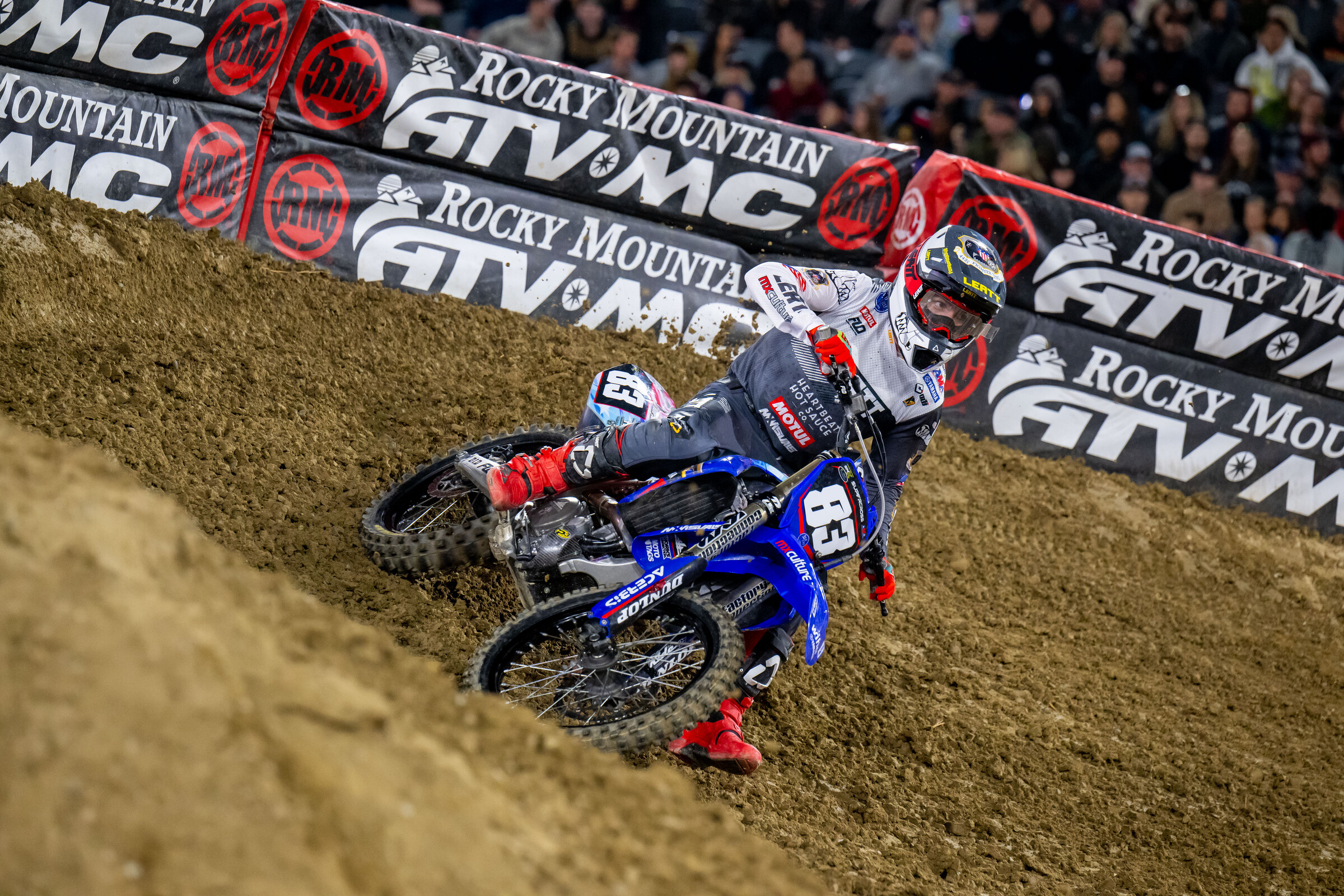 Canadian Cole Thompson was a bit of a late addition to the Team Solitaire Heartbeat Hot Sauce Yamaha team in the offseason as the veteran from the Great White North looked to continue racing Monster Energy AMA Supercross.

So far, Thompson has rewarded the team with a 13th at the opening round in Anaheim and now a tenth just last weekend in San Diego. Thompson is no stranger to top 10 results but to find his footing this fast after the late signing is certainly a positive development.

We caught up with Thompson after San Diego to talk about getting back into the top 10 and how he’s feeling with the program thus far.

Racer X: I think you ended up tenth tonight, right? So right up there in the top 10, pretty good night overall. Happy with it?
Cole Thompson: Yeah, happy to come out of here with a 10th. Obviously, the goal this year was to be in the top ten consistently. First weekend came out with 13th. This weekend, tenth. So we’re headed in the right direction. The guys ahead of me, obviously a little bit better still. So I need to find a little bit extra speed and get some better starts and try to get up in the mix a bit more.

Having the weekend off after Oakland being canceled, was there some stuff that you felt like you learned on the bike that you were able to carry into this weekend and feel better this week?
I’d like to say I learned a lot between the weeks, but unfortunately, I was only able to ride three times. So, I still learned a lot and I feel like I’ve made steps in the right direction. Obviously, moving forward, it’s just seat time in a main event. I took a long time away from the series. I’m older, coming back it’s a younger generation. And it’s getting that fight back in me and getting used to just being flat out for fifteen minutes plus a lap. So, we’re getting closer. My goal was obviously not to get lapped. I got lapped with two laps to go. But those guys up front, they are running at another level, and obviously it’s inspiring for me right now. The goal is not to get lapped and stay inside the top ten. So, as silly as that sounds, that’s where I’m at. I want to continue to build with this team that I’m with. It’s capable of much more and I want to show the people that we work hard, and we can get the results.

Talking about the track a little bit, it started kind of soft obviously. Earlier in the day the whoops broke down and then it kind of hardened up and got a little bit slick. Did you make any changes throughout the day to adapt to it?
Just a little bit with the suspension. I actually went a little bit tighter with the sag at the start of the day, maybe 102 to 98? That was about the only change I made, just because the track was so tight. The whoops in practice I struggled with all day. Throughout the night I felt fine in them. So, I knew the whoops would come around. They were one of those sections that I wasn’t going to push it in practice, crash, get hurt. Qualified 20th, I knew that once the gate dropped, I’d be in the mix. And I actually had one of my better heat races. Ended up fourth. Then that gave me a little bit of a boost of confidence going into the main event. Was able to find my rhythm and, like I said, ended up 10th. Obviously, the goal is to keep working up the ladder. The guys ahead of me obviously are no slouches, so we got our work cut out for us, but we got a good program this year.

And lastly, moving into next week, finally we don’t have rain in southern California. Are you going to be able to ride a few days this week and try some more things out?
Yeah, I think it will be a good week for me. As a lot of people, a lot of privateers, dealing with the same thing I’m dealing with. It’s just been California’s weather. Everyone’s kind of just searching right now to find a dry track to ride during the week, but I think we’re in for good weather. I believe it’s a triple crown format next week, so little bit more racing. I think it’s a good thing for me. I need as many gate drops with those top guys as I can get. And if I can latch on to one of them next week and maybe have a breakout ride in one of the three main events, we’ll take full advantage of it.