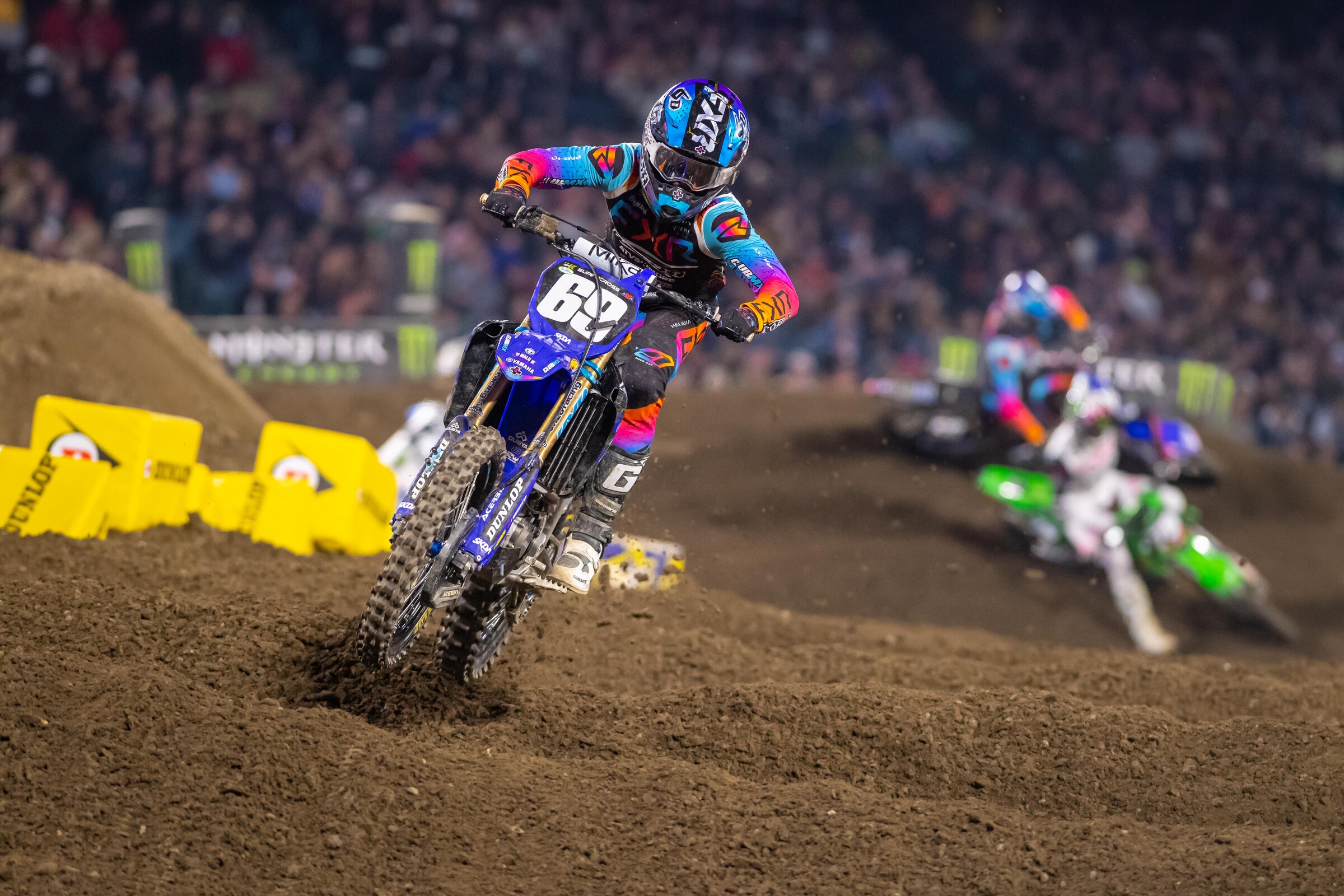 “Filthy” Phil Nicoletti got a weekend off like the rest of his competitors in the 250SX West Region, but now Monster Energy AMA Supercross is back this weekend for San Diego, and Phil is already there and ready to race. But on his flight west, he answered these questions from you.

Question: You've been racing a lot of different riders throughout the years; are there guys you really enjoy battling with? I'm sure there are some you don't like to get close to, what's your strategy in those situations, let them by or go faster and get away?

Phil Nicoletti: Well…. I’m sure you can guess the ones that aren’t fun to race against. Or the ones that would make you wonder if you’re gonna get your front end sawed off! I don’t even have to say any names haha. But for the most part, everyone is okay. I truly enjoyed racing Weston Peick. In supercross he was better, but outdoors we had this inner rivalry between us. We were teammates and good buddies, so it made it fun. One guy I had a few run ins with believe it or not was Cole Seely. I know, seems odd because Seely is quite mellow. But I did not like him back in 2010. We had a few run ins. Seely and I are cool now, which makes it even more funny. I also really enjoyed battling Colton Facciotti up in Canada in 2019. That was a banger year, and Colton and I had respect for each other.

Question: Hey Mr. Phil,
Tomac has said a couple times how much lighter and more agile the new Yamaha seems to be. Then every time I hear him waffle through yet another question of whether he is racing outdoors this year or not, it has had me wondering...
Will the changes to the 2023 Yamaha machine that are claimed to have exponentially improved it in SX, actually make it a noticeably less competitive/comfortable/stable machine in the great outdoors? It seems we've had evidence of this in Webb's SX results, and then subsequent MX 'bike issues' immediately when he gets outdoors.

Is it possible Tomac knows this, and that it could be a part of his reason(s) for not doing outdoors? Are the SX/MX bikes THAT much different other than stiffer/softer suspension and valving, triple clamps, etc.? Is it possible for a single manufacturer to actually have 'the best' platform in SX and MX in the same year?

Great ride at A1 by the way; you done us old men proud. Did you notice any ruts? ;) Dang kids are fast these days!

Phil Nicoletti: Brad,
Honest truth from me. I don’t think it would be the bike that is keeping Eli from doing outdoors. It would be the 31-race grind that the badass doesn’t want to do anymore. Also: DO YOU BLAME HIM? I mean, to sustain what he has been doing is absolutely insane. It has nothing to do with the bike. I truly believe it comes down to if his heart is in it to go for it. If, by this summer, his heart and mind are truly into it, then you will see him. If it isn’t, then he will be hunting in Cortez, Colorado. To be honest with you, if he wants to just call it a career after this supercross season, I wouldn’t f@&$ing blame him and nobody else should either. It’s obvious the 2022 Yamaha and Eli gelled really well. But with Star Racing, Ricky Gilmore, KYB, and everyone behind that motorcycle, they would get the new bike right for motocross. Hypothetically, if the bike is four percent worse than the older model for Eli at the start of MX, they would find that though out the nationals. The only thing keeping Eli from racing MX, is Eli. That’s my opinion. If he does choose to race MX, we all should be excited. Even myself, even though I need to race the prick. But if he doesn’t race anymore, it’s fine. We should be excited that we got to witness another great and what he’s accomplished in MX.

Question: Phil,
Every year we hear dudes roll into Anaheim saying they’re faster and better than ever, and then the leave talking about all these bike changes they need to make. So since everyone had a fun week off (because of Oakland getting pushed) do you think there will be more time for guys to make better changes? Did you change stuff to your bike since Anaheim?

Phil Nicoletti: Not having a race last weekend, I think, is a huge benefit. Especially for anyone that switched to a new team, or a new bike model for 2023. Every rider and bike feels great at the test track. We’ve heard it for years and years. But come A1, shit hits the fan. The game changes when you can’t take the line you want, and the ruts and dirt are totally different. A week to reevaluate things does help a lot, it would give everyone about three extra days of testing. The only thing is that in California, the weather wasn’t very cooperative. As for me back in South Carolina, I did make a few changes. I tried a new shock setting before the start of the year, but I’m going to gravitate back to something similar to what I had in 2022. I tried a few different hard parts and start maps as well to get my lardass off the line a bit better. Also you have to take A1 with a grain of salt, because that track was mental so it’s easy to get lost in the sauce. You know that bullshit saying? Yup, “trust the process.”