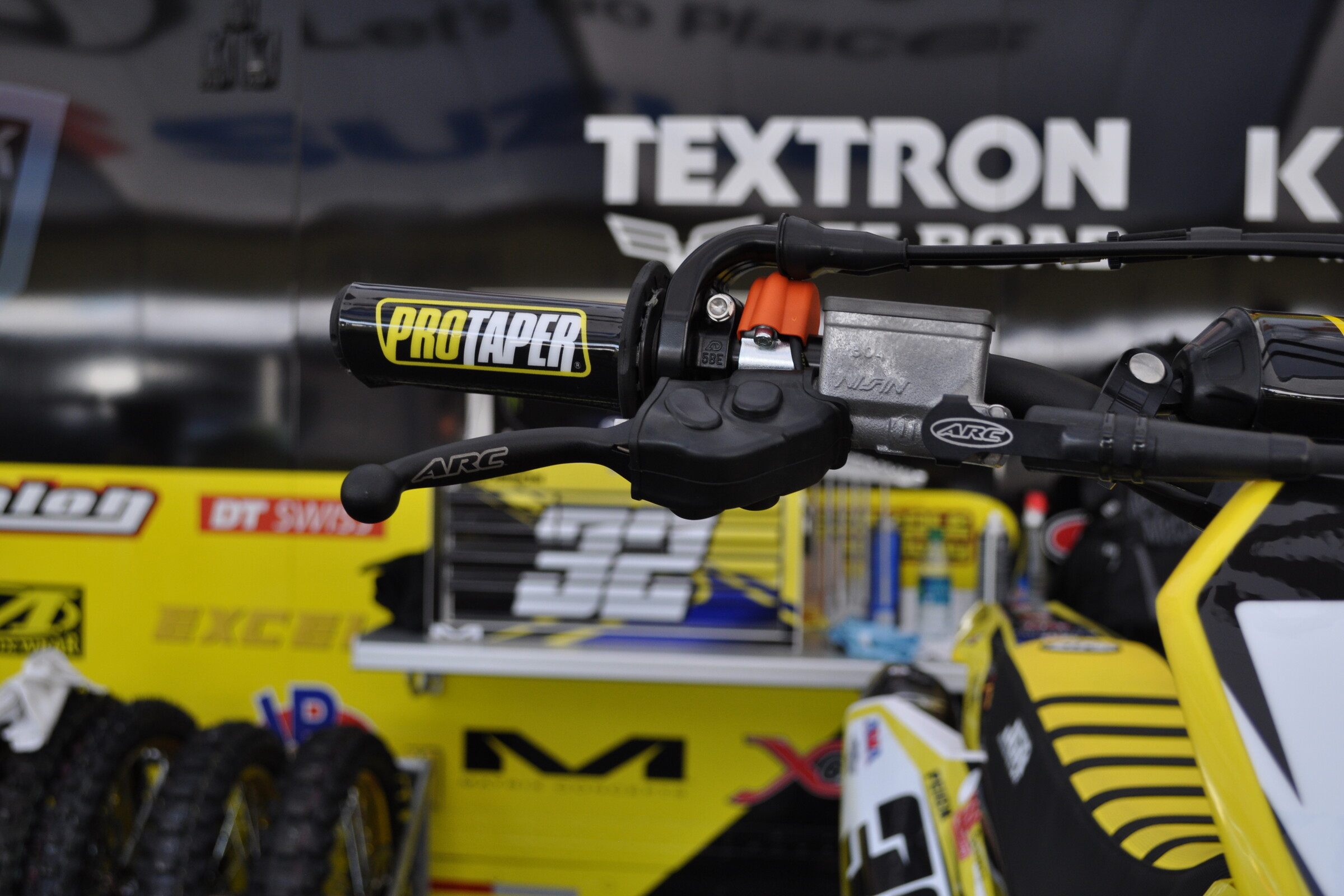 For the pro who’s always pushing toward better, WD-40® Brand offers a full range of advanced solutions - from our trusted Original Formula with various delivery systems like the 8-inch flexible straw, to specialized, job-specific WD-40 Specialist® formulations. Next-level solutions made for next-level pros.

Some inventions, tools, and techniques have advanced the sport of motocross significantly since their inception. The Racer X staff explains some of those advancements in this feature, “Next Level,” and this month, we’re taking a look at ARC Levers, the ingenious folding lever design that has not only changed the top-shelf lever market but has also made untimely broken levers a thing of the past.

We all know what it’s like to break a clutch or brake lever. Whether it’s a crash, or a simple mishap in unloading your machine, it’s just something that happens, and it if you don’t have a spare, you might as well load your bike back up make the lonely drive home while your friends are still moto’ing down. It’s especially disastrous if you break a lever mid-moto! But thanks to Bob Barnett, you never again have to deal with a $20 part making your $10K machine about as useful as a paperweight. Barnett, an accomplished machinist and inventor of ARC Levers, is the kind of guy who, if something he wants or needs doesn’t exist, he just creates it from a block of aluminum in his shop in Santa Ana, California. Decades ago, his chain kept coming off his mountain bike, so he built a better chain guide. When he needed a better fork, he simply invented one. His involvement in the mountain bike world eventually led to a relationship with John Tomac (yeah, that John Tomac), and he went on to work with a few pro women mountain bikers. Also being a big fan of moto, Barnett would take some of them riding.

“The girls had smaller fingers and they couldn’t reach the levers so I was always bending the lever out for me and in for them,” Barnett told us when we interviewed him for a magazine story several years ago. “After a while I said, ‘I’m a machinist, I’ll just make something that’s adjustable.’”

In the process of creating that product, the idea of a folding lever that pivots backward in the event of a crash, instead of breaking, dawned on Barnett, and the folding, “unbreakable,” lever was born.

The product itself has improved and evolved over the years, particularly with Barnett’s invention of Memlon, a special material Barnett created to neutralize the forces that act on a lever that weren’t relieved by a folding motion. Memlon is strong enough to act as a lever, but will bend, not snap, if acted on by greater forces.

The product itself has improved and evolved over the years, particularly with Barnett’s invention of Memlon, a special material Barnett created to neutralize the forces that act on a lever that weren’t relieved by a folding motion. Memlon is strong enough to act as a lever, but will bend, not snap, if acted on by greater forces.

“It was important to make them strong enough so they wouldn’t bend under use, but still able to flex in the event of a crash,” Barnett explained to us. “I took a digital fish scale over to Ryan Villopoto’s bike, and it took nine pounds of energy to pull in his clutch, so I made my target twelve pounds. I tried a lot of things before ending up with Memlon—it’s a real witches brew of polymers. Since day one broken levers have been a problem for anyone who rides, but with Memlon you can tie your lever in a knot and bend it back and it’ll still be like new.”

If you run ARC levers on your machine, you know just how valuable and effective they are. And if you watch pro racing, you probably don’t even remember the last time someone suffered a broken lever. That’s because just about every single major team in the pits runs ARC products, or some derivative of Barnett’s original design. Before he sold the company to Streamline Industries in 2022, you’d often see him slowly cruising through the paddock on Friday at Southern California supercross races delivering parts to teams aboard his saddlebag-laden bicycle. Like his products, Barnett himself lives up to the term, Next Level.