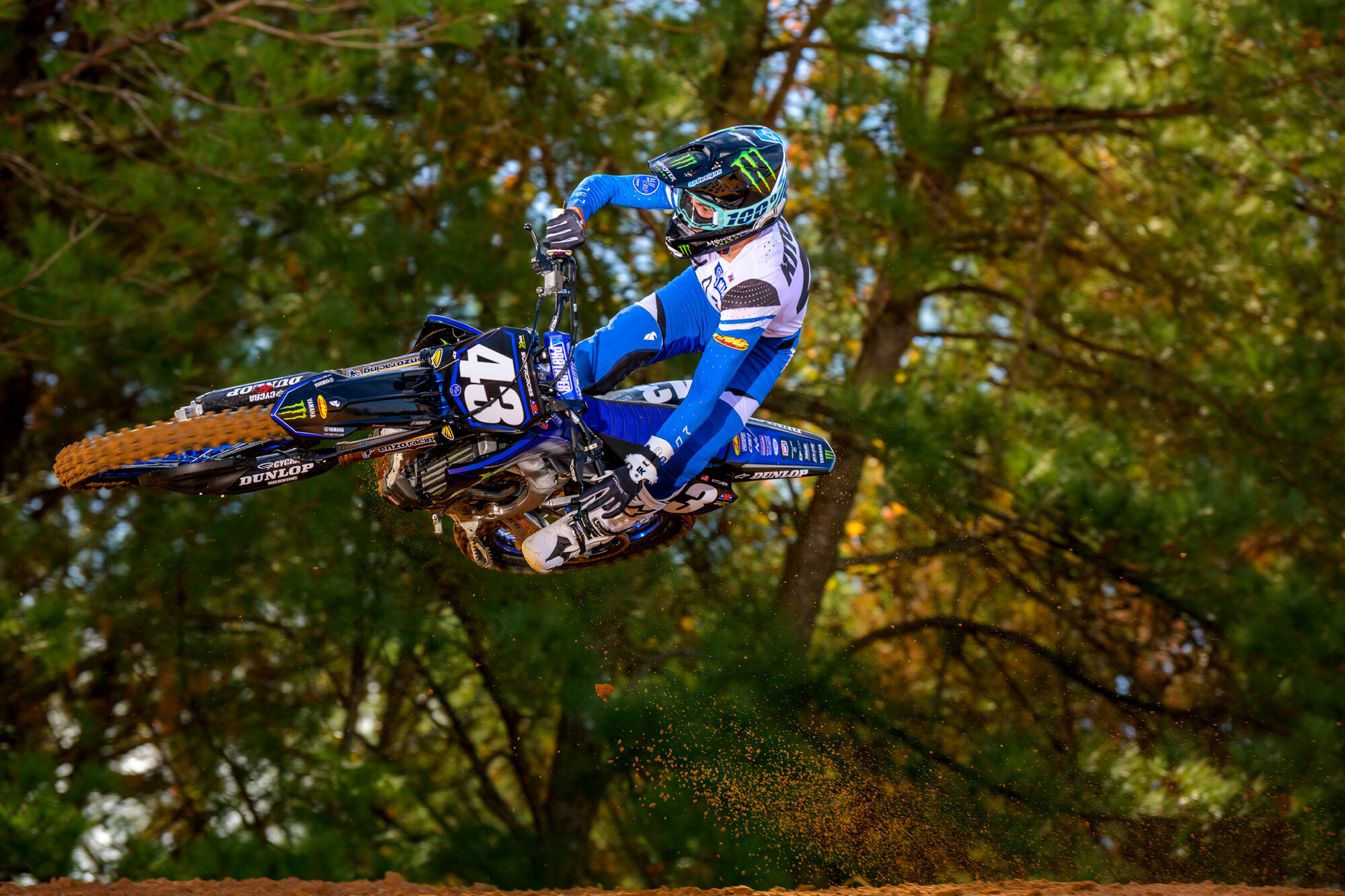 Every year as we gear up for Anaheim 1, we also come across the mystery box that is the 250SX class. Who will race what coast? In 250SX, teams field riders in both a West and East region splitting up their programs into essentially two teams going for two separate championships. Some teams do not announce their splits prior to the season just in case a rider gets injured, and they have to swap them out to the East series which will be starting a month later. This year, however, several teams have already confirmed who will be riding West coming into 2023 Monster Energy AMA Supercross. We wanted to highlight who has been confirmed along with what we’re hearing from the unconfirmed teams as we prepare to drop the gate in five days. Please note that these can still change based on any last-minute injuries or other reasons that would cause teams to switch before racing begins.

Jett Lawrence will return to racing 250SX West for the first time since his supercross debut in 2020 when he made it three rounds in before crashing out spectacularly in an Anaheim 2 battle for the win. This will be his final year racing a 250 in supercross and he has stated that winning both coasts before moving up to the 450 is the goal. As the reigning 250SX East champion, Jett could have worn the #1 in the East, but instead will be back on his career #18 machine for 250SX West.

Monster Energy Yamaha Star Racing had 250SX champions Colt Nichols, Justin Cooper, and Christian Craig all either depart the team or be forced up to the 450s after 2022. They filled one of those spots with former Rockstar Energy Husqvarna rider Stilez Robertson, who is rumored to be racing West with returning member Levi Kitchen. [Kitchen just confirmed on social media that he’s racing West.] That would put new face Jordon Smith and returning members Nate Thrasher and Nick Romano on the East. As of now, Robertson and Kitchen are the only Star Yamaha riders on the Anaheim 1 entry list.

It’s tradition for Mitch Payton’s Monster Energy/Pro Circuit Kawasaki team to not announced what riders will race where until the very last moment. That tradition is over, as the team announced on social media it will place Cameron McAdoo and Austin Forkner in the West series, with Jo Shimoda and Seth Hammaker going East. The team threw in a #thanksmitch hashtag for that one. Forkner broke his collarbone in a crash with Jett Lawrence at Arlington last year but came back late in the year to claim his 12th 250SX win at Foxborough. McAdoo won Arlington last year and went 3-1-3-2-2 to start 2022 before a press day crash in St. Louis ended his season prematurely. Both riders are expected to be in the mix for wins and the title this year. Only thing missing is an update on where Jett Reynolds might race in 2023.

Rockstar Energy Husqvarna will put RJ Hampshire on the West pushing Jalek Swoll to the East. Hampshire clicked off his first career 250SX win last year at St. Louis and finished second in 250SX East behind Jett Lawrence. This will be the first time since 2019 that he’ll be racing the West series and he has said he will spend quite a bit of time in California both before and during the season to remain acclimated to the hard packed west coast style dirt.

Pierce Brown somewhat quietly finished third in 250SX East in 2022 with three podiums and will be racing true west coast supercross for the first time of his career in 2023. He did race part of the West series in 2021, but that consisted of Daytona, Atlanta, and Salt Lake City, so he’s never competed in the true hard pack west races before. Michael Mosiman will go East for the team.

Vohland has four 250SX main event starts under his belt which has been limited due to injuries. With MX2 World Champion Tom Vialle needing time to acclimate to supercross, KTM will put him on the East which puts Vohland on the West for the first time in his career. Despite having a supercross season he’d rather forget in 2022, Vohland was strong in Pro Motocross and will be looking to break into the top five in supercross.

BarX Suzuki added Robbie Wageman and Ty Masterpool to the roster for 2023 and it appears they will both be racing West for the team. Carson Mumford broke his wrist quite severely in late November which pushed him to the East. Derek Drake is on the entry list for Anaheim 1 for the team but that could just be in case Wageman or Masterpool are not ready to go.

SmarTop MotoConcepts Honda had some success in 250SX lately with veteran riders, and it appears they will bring that plan back in 2023. Mitchell Oldenburg is back with the team, and they signed two-time Brazilian Supercross champion Anthony Rodriguez to the program as well. Vince Friese is also on the team, but we have learned that Friese is currently sidelined and will not make the line this weekend at Anaheim. We are unsure at this time if he will be racing 250SX East or will just be back behind the gate in West when he is ready. The out-of-retirement Cole Seely is also part of this team but we’re not sure when we’ll see him racing.

Jeremy Martin and Garrett Marchbanks were both took on some off-season bruises which means Muc-Off/FXR/ClubMX will put Enzo Lopes and Phil Nicoletti on the West. Lopes was a pleasant surprise in 2022 as he finished fifth in 250SX East with consistent top 10 results. Nicoletti also was solid in East last year before he went over the bars in Atlanta and missed the rest of the year.

A team of fantasy heroes, AEO Powersports KTM will roll out Derek Kelley and Joshua Varize in 2023. It’s expected both riders will be racing West as they only competed in West last year, but Varize just got back on the bike two weeks ago after breaking his hand in early November. Only Kelley is on the entry list for Anaheim 1 at the moment, but we believe Varize will soon be as well.

Max Anstie will be jumping back down to a 250 in supercross for the first time since he moonlighted 250SX West for Rockstar Suzuki Europe in 2013. He’s coming off of recently winning the Australian SX2 championship and has garnered a few “flying at the test track” talks in recent weeks. He’ll be joined by Australian Wilson Todd who will be making his Monster Energy AMA Supercross debut. Both riders are expected to be racing West.