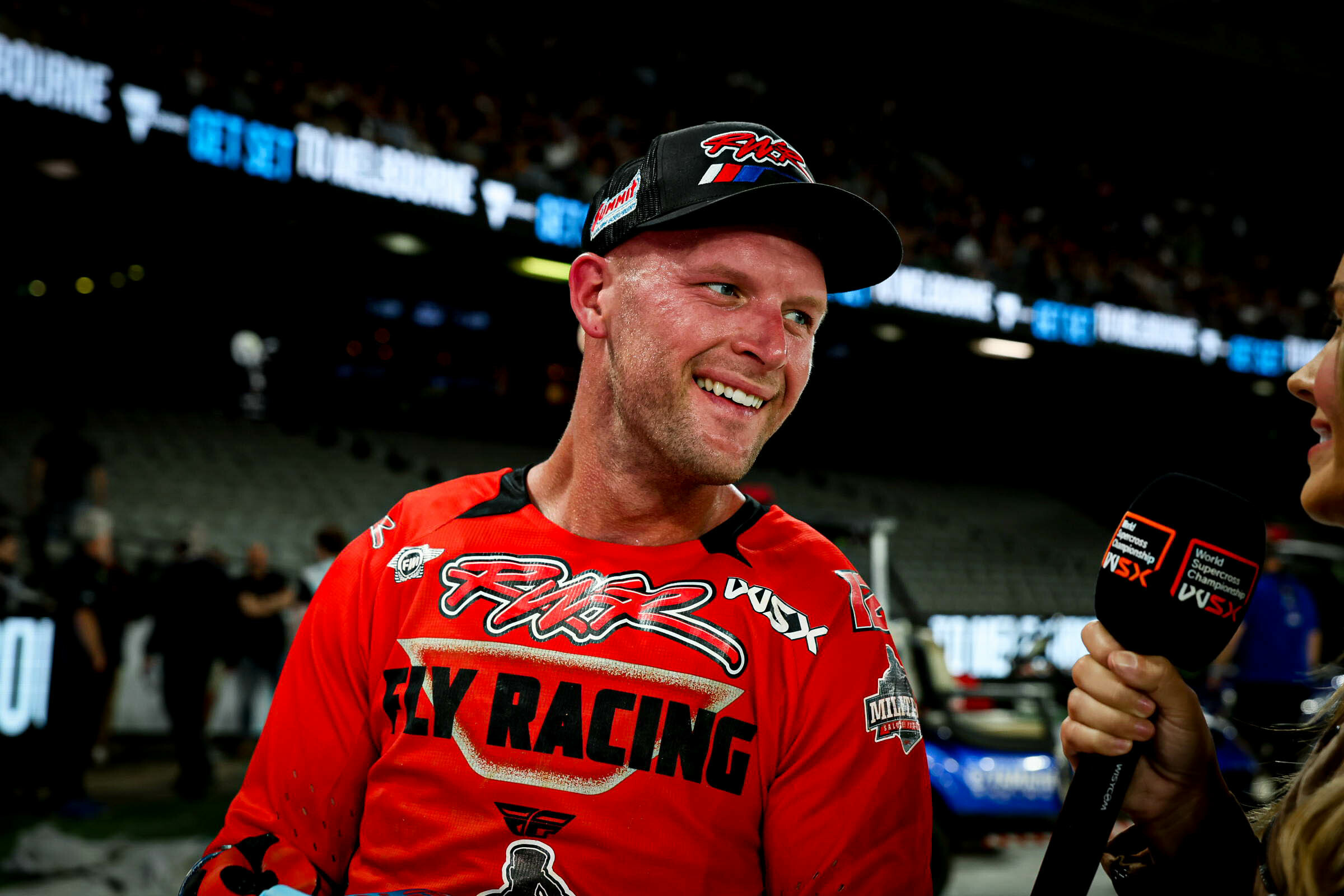 Life in this sport is life on a razor’s edge. Two years ago, Shane McElrath was dueling with Chase Sexton for a 250SX Regional Supercross Championship. Sexton won that title and has now gone on to a promising 450 career, winning races (and nearly a title) with Honda HRC. McElrath’s life has been much more complicated. He finished second to Sexton but also pointed out of the 250 class. He couldn’t find a full-factory 450 deal, bouncing through an injury-ruined rookie campaign with SmarTop/Bullfrog Spas/MotoConcepts Honda in 2021, then onto the Rocky Mountain ATV/MC-KTM-WPS team, which folded in 2022, then fill-in rides with Rockstar Energy Husqvarna and Muc-Off/FXR/ClubMX Yamaha.

It's been tough sledding, and surely Shane had to be spending time wondering about his racing luck. Then, finally, a stroke of good fortune. The new FIM World Supercross Championship (WSX) came on line in 2022. The 250 class doesn’t have any restrictions or pointing-out rules in that series and Shane was a free agent. That makes him a real commodity for that series. He got the call from Rick Ware Racing to go race the class, and emerged with both overall wins in the two-round 2022 “pilot” series and the SX2 World Championship.

“A win is a win. It’s never easy. These guys made it tough. We had minimal prep time, but the Rick Ware Racing [team] literally never stopped working,” said McElrath. “To come out on top, and to really get better every single time on the track, that’s really what we worked for. Praise God we’re here. Number one baby. I am proud of this team and what they’ve done in a few short weeks, glory to God.”

McElrath won the title through consistency, as although this first year’s title consisted of two races, that really meant six points-paying motos. At the opener in Wales, he went 4-3-5 yet still won the overall when Max Anstie and Mitchell Oldenburg won races but had problems in others.

In Australia, Anstie won GP race one, holding off McElrath. Australia’s own Aaron Tanti won race two, but unfortunately suffered a 12th in the first race. Justin Bogle washed his front tire out while running third, and Tanti, in fourth, got caught with nowhere to go. Tanti retuned for race two, and although he did not get a good start, he knifed inside in turn one and passed a ton of riders to emerge with the early lead, which he held to the end.

In the last one, McElrath finally got the early lead after putting a block pass on Mitchell Oldenburg. Then Oldenburg clipped a Tuff Block and couldn’t triple sending him back into the pack. Anstie made some moves to get to second and then tried to chase McElrath down to dig out the overall and possibly the title. Anstie got to McElrath’s rear wheel by the final lap but ran out of time to make a move. Anstie said post-race that he didn’t want to go for the all-out “knock ‘em both down and see who gets up” pass attempt.

“I had to stay focused, because that’s three tough races, and that [final race] was my best start of the season. It was just, put in some sprint laps, and manage when I could,” said McElrath. “Max was pushing me the whole way, and it was like, ‘Okay, the fatigue is definitely there, but try to manage it and try to stay safe. This is for the championship, but I want to win.’”

It was an unpredictable year for McElrath, who surely didn’t expect to race for four teams in one season. At least his last move ended up with a title and probably some decent income, which is a good thing for a guy who has been without a team far too often lately.