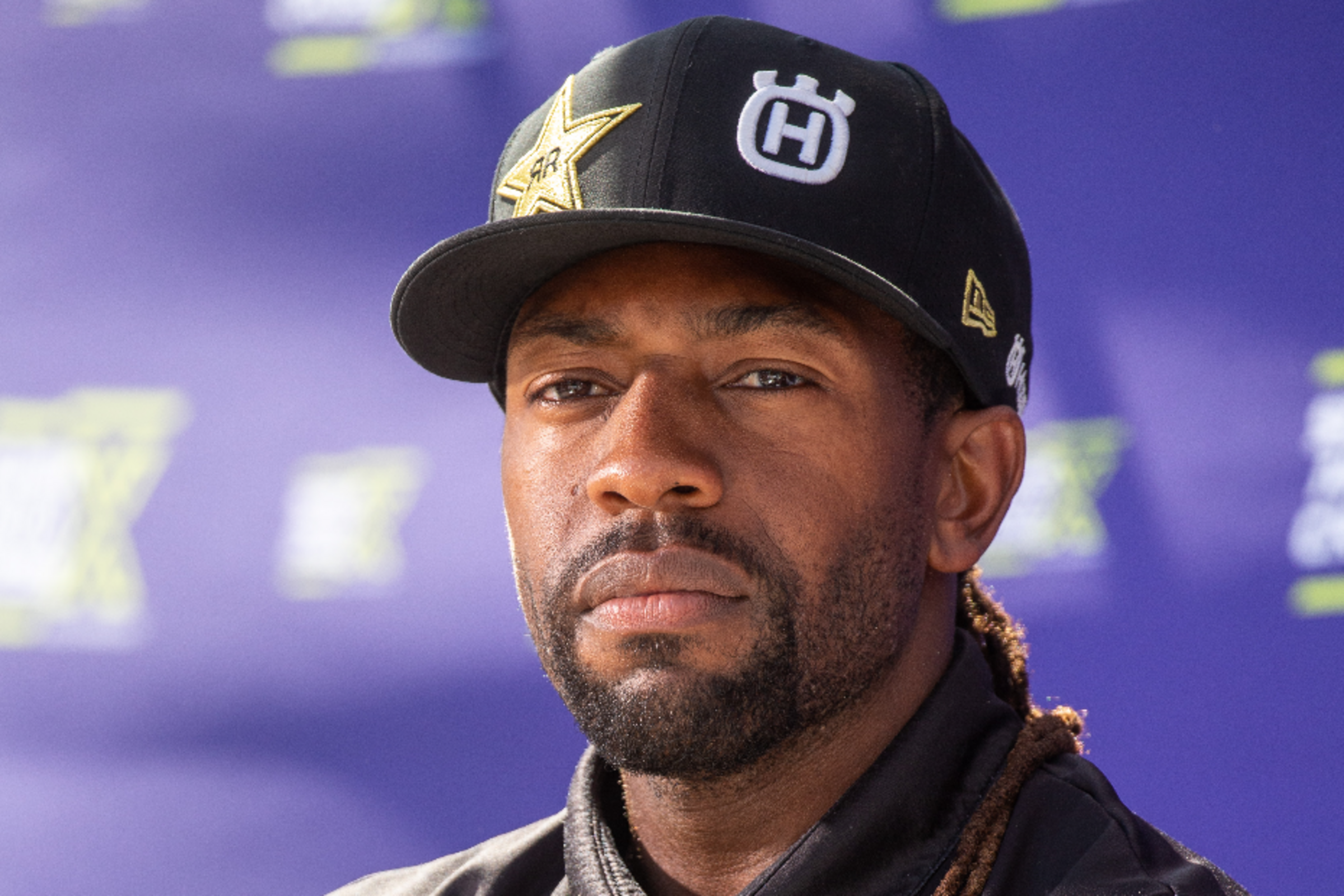 Rockstar Energy Husqvarna’s Malcolm Stewart might have been the rider who benefitted the most had the new SuperMotocross (SMX) World Championship races taken place in 2022. After a career-year in Monster Energy AMA Supercross with third in points, a knee injury knocked him out of most of the Lucas Oil AMA Pro Motocross Championship campaign. He showed up for the last few races, but it was a struggle to catch up, especially since he had not raced motocross at all since 2014!

Those races would have been a nice tune up, though, for the new post-season races that are coming in 2023. We asked Malcolm his thoughts at the SMX press event.

Racer X: Look I’m just going to be straight with you here, there’s a chance to win a lot of money here. So that’s cool.
Malcolm Stewart: Gas money for the boat! Let’s get that out of the way.

Fishing money? Oh man, boat gas money has got to be high in 2022.
[Exhales] Oh man! Oh man. Don’t get me wrong. I’m an Abu Garcia guy. And GoPro. My sponsors help. But you’ve still got to go down to the Bass Pro Shop and still gotta get hooks, lines, and weights and all that!

Yeah, you don’t get all the fishing stuff for free. This motorcycle of yours, here, you didn’t pay for it.
Right! I think I might need to twist this throttle a little harder here!

Look, it’s 31 races instead of 30 if you want to count the Monster Energy Cup being on the calendar. But if you can get hot, you can win a lot!
Yeah, and buy myself a bigger boat! [Laughs] One of the things I really want to touch on for the fans is, you always have those underlying guys that are really, really, good, but not necessarily a factory ride, but the reason I want to touch on this so much, if you come out and do really well in this SuperMotocross deal, you can earn yourself a factory ride! I touch back to that, because five or six years ago at Monster Energy Cup the same thing happened [to me]. I got top five and a third [in the three races] and I got a phone call the next day. GEICO Honda called me because of Monster Cup.

So a guy who doesn’t have a ride for next year, maybe teams are thinking about him, he’s on the verge, then he throws down…
Yeah! Wins the thing, and he gets a ride. And another thing, too, you’ve got guys, I don’t want to say, but guys like Adam Cianciarulo. He’s really, really, talented. But he has some bad luck, no big deal, everyone has it sometimes. He comes back, races this race, gets it going, and he’s back on the top! I think the number one thing here is staying away from injuries. Three more races doesn’t really add that much more in terms of chances of injuries, but it does add a lot more money, which can really help you in the rest of your life. That’s how I look at this, and the reason I touch on it so much, the chance to earn a factory ride, is because I was in that position. I know what it’s like to be sitting there in November and be like, “Man, what am I gonna do?” I was one of those guys, but because of Monster Cup I got a shot for 2015, then that year I won a race, and then the next year I won a supercross championship in the 250 class. It can change so much, just with one race. I think it’s cool. Really cool. I’m excited to see how it will turn out, but I think the thing I’m most excited about is just change. Change is exciting. Even the Supercross Futures [amateurs]. That’s gonna be really good, they mentioned something about that today.

Well look, this would have worked out perfectly for you this year. You got dragged off the couch, off of an injury, raced motocross…were you really 100 percent ready when you came back?
No! [Laughs] Absolutely not.

Right. So you’re tired, sore, but you come back and you’re doing your part to race for your team. But now, if we had this in 2022, you’d have motivation to use those four motocross races to get in shape and get ready for this.
Absolutely. I would be using those four motocross races to get in gate drops, instead of using them just to get my butt kicked! They were whooping me! You know what I mean? I’m like, “I saw you guys in supercross, I had something for ya.” Now I’m like, “See ya!” I think the only time I was close to those guys was when I was on the starting gate!

Right so now maybe it’s a little less of a bummer because you’re coming back from an injury, but you’ve got that dangling carrot. If you can use a few weeks in motocross as training, you can come back really strong for this.
Yeah and that’s what I keep going back to. You can use it for gate drops, or you can use it to have something to look forward to. There’s so many different strategies to it, but nobody is going to know until we start racing. I think it’s going to be good, but don’t know how good it’s going to be until we see it in the first year. But I think with all the elite riders we have, especially in the premiere class, it’s going to be some good racing. Some really good racing.

Also, another thing I like, we have these hybrid tracks, and that kind of reminds me of Daytona, or the races we had at Atlanta [Motor] Speedway the last few years. You get different riders who maybe aren’t the best at supercross, maybe scrubbing the triple or whatever it is, but they’re good at motocross. We don’t know what the other venues are going to be besides this one here, but no matter what, we don’t have these tracks down. We’re all out of our comfort zone. Also, it’s cool to go to new venues. I’ve never raced here, but I’ve always wanted to. I remember watching Larry Brooks launching off that jump over there. Sorry Larry, sorry! Larry was a heck of a rider and a heck of a team manager. But either way, the point I’m getting at is, I think it will be cool to say this was a place where I raced at. I’ll see this place on TV and say I was able to race there. I’m just excited about being part of the change. I’ve seen changes before, but this is a whole new avenue for us. I think we’re gonna blow some doors off.