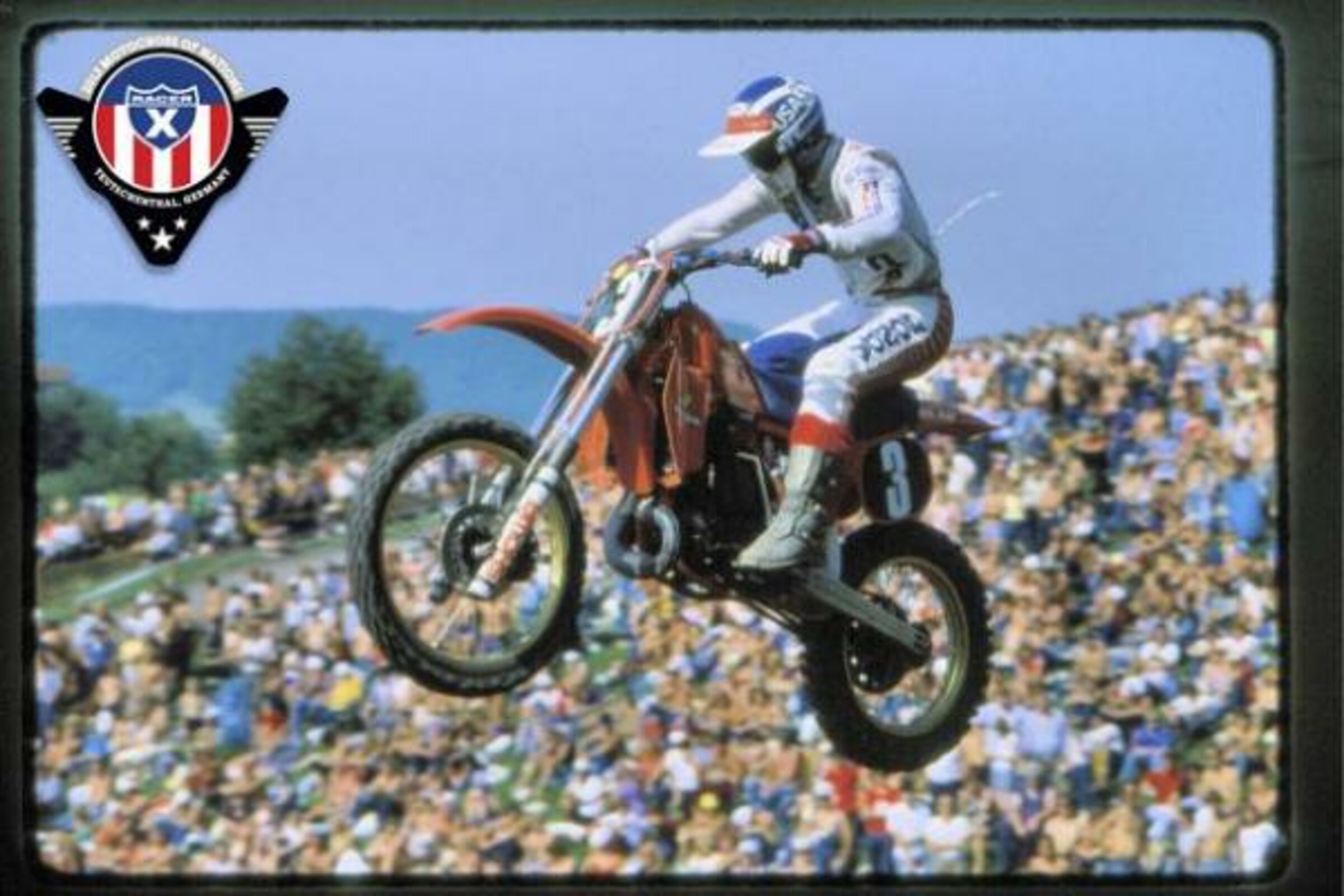 As we count down the days and hours to the 2022 Monster Energy FIM Motocross of Nations, we are going through some of the greatest moments in Team USA history. Obviously there have been plenty to choose from, some obvious, others possibly unexpected, as they have come from years in which the Americans didn’t even win. That said, the single most obvious moment to include on our list may have been the most unexpected when it actually happened—even more unexpected than the very first wins for Team USA in 1981.

As you know by the headline here, we’re talking about Danny “Magoo” Chandler and his extraordinary, unexpected and unprecedented romp through the 1982 Motocross and Trophee des Nations. It was the only time in the history of the two events, which ran together from 1961 to 1984, with 250cc (Trophee) bikes the first weekend, and 500cc (Motocross) motorcycles the following weekend. What Chandler did over the course of the two races, first in Germany, then in Switzerland, was something that Roger DeCoster never did, nor did Bob Hannah, nor Heikki Mikkola, nor Gennady Moiseev, nor Jeff Ward, nor Torsten Hallman, nor David Bailey… None of the all-time greats from that time span.

A local NorCal legend with a penchant for going absolutely all-out everywhere (and with a catalog of massive crashes to go with it) Chandler was everyone’s favorite underdog in the late 1970s and early ‘80s. Known as something of a wild man, he rode Maicos way past their sell-by dates, and also spent time on a RM125 Suzuki with LOP Racing. After showing real promise in the fall of ’81 during the Trans-USA Series in the 500cc Support class, riding an LOP-backed Honda CR480s, Honda afforded him support for 1982.

At the start of the ’82 season Chandler had never won a major race. After crashing his way out of the AMA Supercross Series, it was starting to look like he may never win. But something remarkable began happening later that summer. It began at the Datsun 500cc U.S. Grand Prix at Carlsbad. Chandler shocked pretty much everyone by winning with 1-5 moto scores, despite being stung by a bee in the second moto, which Chandler was deathly allergic to. One week later (on July 4th, fittingly enough, and at RedBud, coincidentally) Chandler won his first outdoor national, topping Mike “Too Tall” Bell and full Honda factory rider Darrell Shultz to win the 500 class. That span right there—winning the USGP and the RedBud 500 National, back-to-back—seemed like it was as good as it gets for Magoo, especially after he finished 12th and sixth in the only other races he rode that summer, his season cut short by injuries.

But then things started happening that affected Team USA’s plans for the upcoming Motocross and Trophee des Nations, which they would be defending for the first time, and again with all Honda riders, just like in ’81. First Shultz, the newly crowned 500 National Champion, was so beat up that he had to pull out (and would never race again). Chuck Sun, a member of the winning ’81 team, also had to scratch. And then Donnie Hansen, the ’82 AMA Supercross and 250 Pro Motocross Champion, got a terrible concussion hurt the week before the Nations were to begin. (He too would never race again.)

Team USA manager Roger DeCoster had lost three key riders and only had one man left from the ’81 team—Johnny O’Mara—as Danny Laporte had moved on to Yamaha and a contract in Europe. First, Roger called third-year Honda Support rider Jim Gibson, then came Chandler, and finally David Bailey would be the last-minute substitute for Hansen. Once again, Team USA would go into the Nations as total underdogs, despite the fact that they were the defending champions.

The 250cc race in Germany came first, then the 500cc race. The vast majority of the fans at those two tracks (Gairldorf and Wohlen, respectively) had probably never even heard of anyone on Team USA other than O’Mara, and only because of what he had done the year before. By the time the races were over, Danny “Magoo” Chandler was a motocross god. In the first moto in Germany, he overcame early leader O’Mara and ended up winning the 40-minutes-plus-2-laps race by some 10 seconds over British rider David Thorpe, the future multi-time world champion. In the second moto Chandler again overtook O’Mara for the lead, and again rode away from everyone. When it was all over, Chandler was 30 seconds ahead of second-place Andre Vromans of Belgium and Team USA teammate O’Mara. And with all four Americans in the top ten in every moto, Team USA won easily.

The following week in Switzerland was even an even more emphatic statement by Chandler, as he holeshot both motos and simply disappeared, this time on 500cc equipment. And despite an ankle injury for O’Mara, Team USA won again as all four riders again finished in the top ten, Bailey second best with 4-2 finishes.

In the history of the Nations, let alone Team USA, there has never been a single performance as dominant and unexpected as what Magoo did in 1982. Over the course of two weeks, in four motos, on two different sized motorcycles, Chandler swept all four races in what was arguably, the greatest individual performance in all of motocross history—not just Nations history, but the entire sport’s history. Of course, one could argue that future stars like Jeff Stanton, Stefan Everts, Ricky Carmichael, Ryan Villopoto, Antonio Cairoli, Ryan Dungey and Jeffrey Herlings never got a chance to match Magoo since they combined the two races into one, but it doesn’t change what Magoo actually did, and no one else matched, over nearly 25 years.

And while there have been perfect seasons by Ricky Carmichael and James Stewart, double- and even triple Grand Prix wins by Stefan Everts, 10-year winning streaks like Roger DeCoster’s in the old Trophee events, 13-straight AMA Supercross wins like Jeremy McGrath and Ricky Carmichael, as remarkable as those accomplishments have all been, Chandler’s performance in 1982 still stands out.

Maybe it’s because of the way the rest of Danny’s career and life played out, first by never again matching the successes of that season, and never being picked for Team USA again after it was opened up to all U.S. riders, and not just Team Honda. Then came the tragic ending to his career, which happened with one of his patented finish-line cross-ups gone-wrong at a European Supercross in late 1985 while he was on a KTM. He would be wheelchair-bound and in pain for the rest of his life, which ended in 2010 when Danny Chandler was still only 50 years old. He will, however, be a motocross legend forever.

Watch highlights from the 1982 Motocross and Trophee Des Nations here: