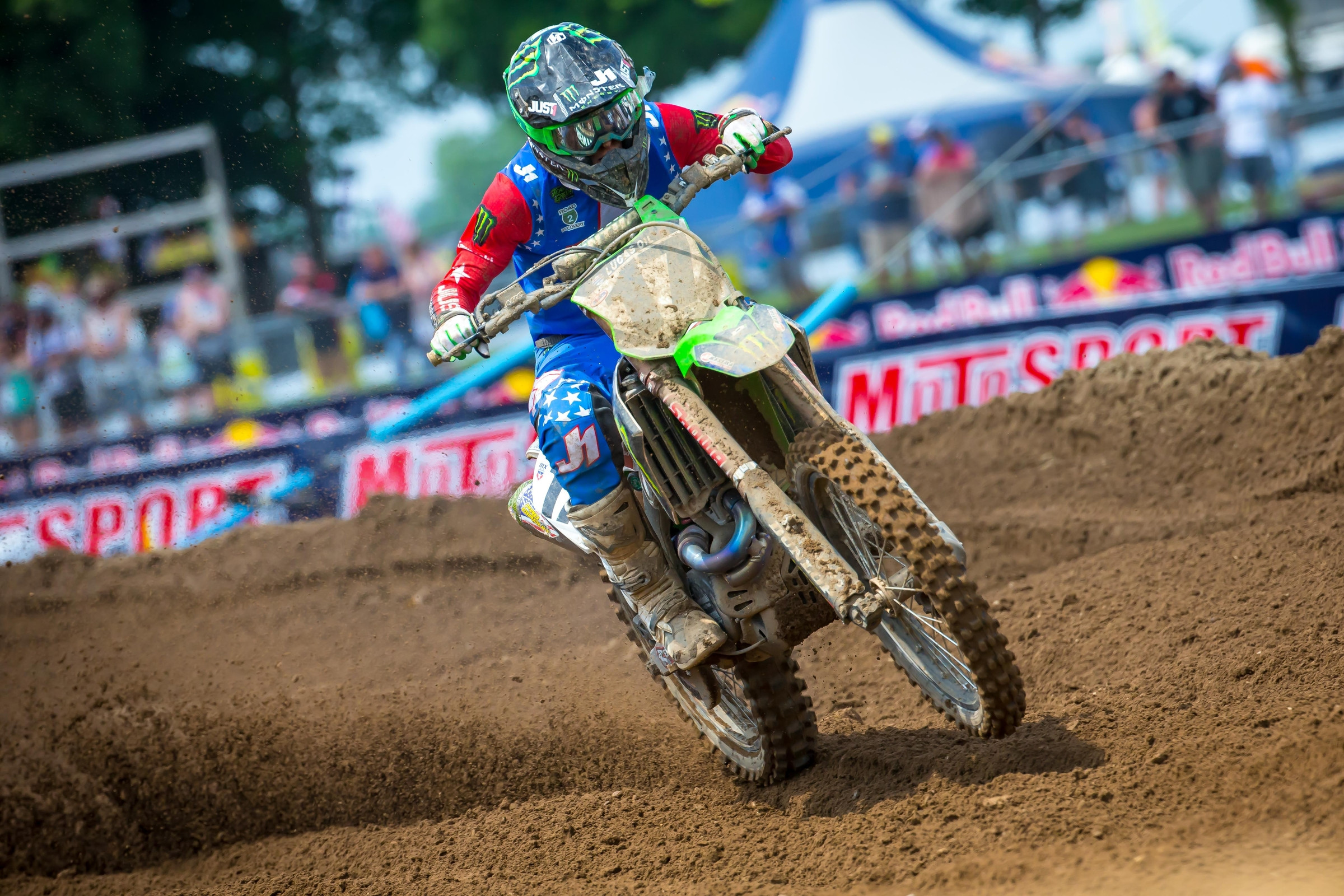 Main image is from 2019 RedBud National, photo by Rich Shepherd

Lots of news broke this week for rider and team changes. Two have a direct impact on the Lucas Oil AMA Pro Motocross Championship that will start in two weeks. Joey Savatgy and Shane McElrath have new homes after their team from supercross, Rocky Mountain ATV/MC-KTM-WPS, went off the road. Savatgy gets back to familiar digs with Monster Energy Kawasaki, as a fill in for Adam Cianciarulo. McElrath goes to Rockstar Energy Husqvarna to fill in for Dean Wilson. Savatgy is in for the whole season, McElrath is listed as in for four races, or until Wilson returns.

Also, this week we learned Jeremy Martin will go to the Muc-Off/FXR/ClubMX Yamaha team for 2023. Martin, currently of Monster Energy Yamaha Star Racing, is out for this year’s Pro Motocross season as he recovers from shoulder surgery.

Here’s what our guys Jason Thomas, Steve Matthes, and Kris Keefer think about the moves.

Jason Thomas: This one surprised me! Jeremy Martin is a top tier 250 talent. I expected him to wind up on some sort of factory equipment in 2023.The move to the Club MX team wasn’t what I would have considered likely or even possible. I'm still a bit confused as to why he would choose to go the privateer route but maybe he knows something I don't. Not having factory equipment is a hard bridge to cross and one most would like to avoid. I'm sure he would like more control over his program and maybe this will allow him to feel that all efforts are centered around him. He seems to find conflict with teammates, and this could provide a clear team leader position for him. Still, I wonder if the lack of resources will be a concern. I've been on many a privateer team and on many levels, it's simply not the same. I believe his 2023 efforts will be against the odds with this move but maybe, just maybe, that's how he wants it.

steve matthes:: When J-Mart told me he was going to Club a couple of weeks ago, I assumed it was for a 450 ride because he has mentioned that it was time for him to move up. So this move, to stay on 250 indoors and out, was a bit of a sideways move but hey, Jeremy must feel like he has some work to finish in the small bike class. The Club team certainly seems to have it together in terms of a motor package, but they did have some bike issues this SX season with their guys which I would imagine they'll have to tighten up. When Martin was on the PulpMX Show this past Monday he mentioned that there would be some Yamaha support for him but I’m not sure if that's in terms of special parts or what. I think a healthy J-Mart, just like the last couple of years, can be a title guy both indoor and outdoors, but you really have to emphasize the healthy part. Also, sign me up for a Vlog with Phil Nicoletti and Jeremy all year long.

Kris keefer:: Jeremy Martin rumors were something I heard a while ago and it looks like the Star Yamaha/J-Mart deal maybe didn't go so well? Why else would he move on to ClubMX Yamaha? He will be on good suspension and might even be reunited with Tomac's Suspension guy Ricki "Gilly" Gilmour! That could be a dangerous combo as both Martin and Gilly worked together back in the day and Martin was always fond of Gilly's settings and way of thinking. The ClubMX motor package is plenty good enough as Jamie from Twisted Development so holeshots SHOULD NOT be a problem for Martin. I think this ClubMX Yamaha move could really help him as he can kind of morph what parts and settings he really wants as well as get the "factory" treatment! Not a bad combo if you ask me.

Thomas: This one makes a little more sense. Joey was on this team a few years ago and actually did really well. I thought he deserved to stay there but I also understood the need to make room for Adam Cianciarulo, too. With Joey leaving BBMX and Monster Kawasaki needing a rider for this Lucas Oil Pro AMA Motocross Championship, opportunity and convenience have collided. Joey won’t be 100 percent as he’s coming off of ACL surgery but he’s still a solid representative to put in that tent. I would expect him to be a solid top ten guy for most of the summer, even if it’s slow going the first couple of weeks.

Matthes: I was speaking to someone close to the situation at Kawasaki about putting Max Anstie or Savatgy on the bike this summer and they had said that in their opinion, Joey was on the same timeline as the rider he was replacing, Adam Cianciarulo, in terms of coming back from a torn ACL. Which means that it would take him some time to get up to speed. Yet somehow Joey told me he had been on the bike for a few weeks before his Rocky Mountain ATV/MC-KTM-WPS machine got taken back, so that's a good sign. And honestly, either Savatgy or Anstie would've been fine for results. The difference is that Joey's been there before so if you're Kawasaki, this makes sense. I hope Joey can get back to his old level when he was on green the first time around.

Keefer: Joey might take some time to get up to speed, but you can guarantee that he will put the work in and keep plugging away. The Savatgy/Anderson combo makes sense and Joey could learn a lot from Anderson this summer and build up his base for next year's 2023 SX series.

Thomas: Shane has been shrouded in question marks for the last few months as a big crash led to team uncertainty and ultimately his absence. This move to Rockstar Husky will get him great equipment and a stable situation. I believe he’s been healthy for a while now so he should be in shape and ready to get to work immediately. With only a few weeks until the series kicks off, he will need to make the most of that time. The toughest part of the transition will be getting used to a new chassis with little time for testing. His previous team used the regular KTM 450SX-F, now Shane will be on the new-generation Rockstar Edition Husqvarna. He will be trying to get his training in while also shaking down new settings. Those two things don’t go together that easily but here we are. In any case, this landing spot has to feel good after a tumultuous few months.

Matthes: This makes a lot of sense although when Shane left the Troy Lee Designs/Red Bull KTM team I was told from someone there that the way he left meant he would ever ride for the Austrian brand again. They weren’t happy when he left for Star Yamaha in 2020, but here we are I guess. I think Shane's career since he moved to the 450 class has been a series of bad breaks, back issues, team issues and he's lost a lot of time in the last two years. It's a tough deal for Shane because as I understand it, when Dean Wilson is ready to go, he'll get his bike back. So killing it or not, McElrath's on borrowed time here on the white bike.

Keefer: People forget that McElrath is sneaky good outdoors. This new Rockstar Husqvarna will be a better version of the bike he was riding, and I personally think he will adapt well. He will need to get in "outdoor" shape so this is going to be another ride yourself into shape kind of deal. Hopefully this "four round" deal means that Dean-O can be back, but I think that Husqvarna will give Shane some support if he is in the top ten. Shane is too good of a rider not to have some support this summer and I for one am glad Husqvarna is giving Shane a chance to show his talents.