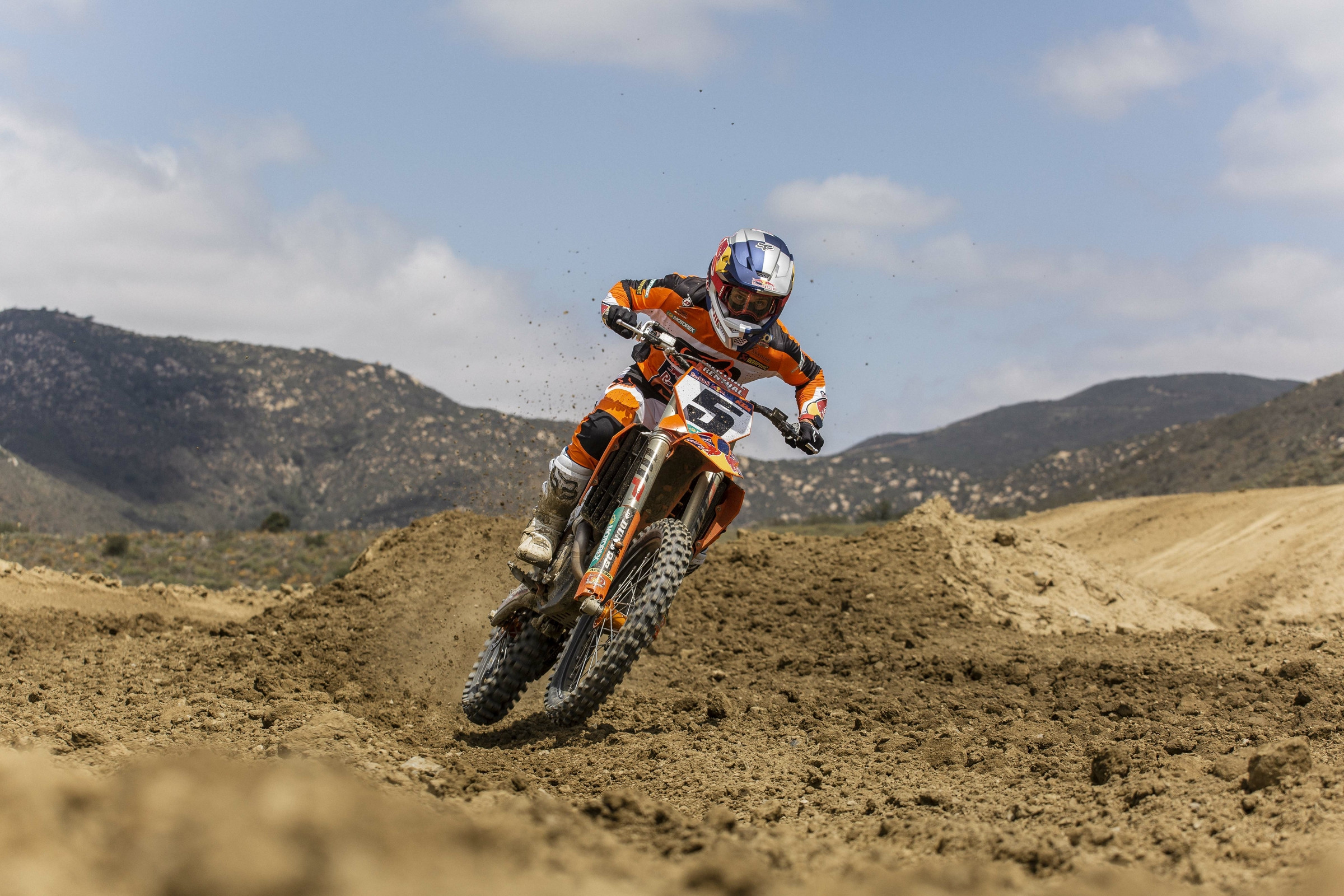 3 on 3 Dungey and Cairoli Are In

We semi-sorta knew that Antonio Cairoli might come to the U.S. and race the Lucas Oil AMA Pro Motocross Championship this summer, as he said so during his retirement event last fall. But that was back in September so many things can change in that amount of time. The news last week that he would race (at least) the first two rounds of the season came as a pleasant surprise.

Today’s news is more like a bombshell. No one had “Ryan Dungey is about to come out of retirement” on the bingo card. Yet, here it is! Ryan Dungey is back! KTM says Dungey, like Cairoli, is only contesting the first two rounds of the series, but that is likely just an escape clause in case it doesn’t go well. If Dungey is feeling good after two races, do you think he or the team will park it? Doubtful.

What do we think about all this? Here we go.

Jason Thomas: Wow, breaking news on a Friday! For a few weeks now, I’ve been wondering how KTM would respond to the struggles of this 2022 season both here and abroad. Cooper Webb’s title defense has been less than ideal, to put it mildly. He’s on the precipice of joining a very short list of defending champions to not win a race the following year. Red Bull KTM team’s only win has come from Marvin Musquin, who many considered a “third man” this year. As we looked to summer for some sort of reprieve, we were only met with more uncertainty. With Aaron Plessinger still out with an arm injury, rumors of Cooper Webb sitting out this summer’s Lucas Oil Pro Motocross Championship, and Musquin not even scheduled to participate, it was hard to find a solid plan to fix KTM’s U.S. racing fortunes. To make matters worse, defending FIM Motocross World Champion Jeffrey Herlings has been out the entire MXGP season, and their long-time hero Antonio Cairoli is in his first season of semi-retirement. All in all, it’s been a frustrating go for the boys in orange after a dominant 2021.

Desperate times call for desperate measures, as they say, and boy did we ever get a KTM Hail Mary type plan to salvage this 2022 campaign! Not only will Antonio Cairoli join the series for a minimum of the first few rounds, one of the winningest riders of all time, Ryan Dungey is coming out of retirement! Yes, you read that correctly, Ryan Dungey is returning from a multi-year hiatus to join the Lucas Oil Pro Motocross Championship. KTM is now saying Dungey will only race two races, but you’d have to imagine the option is there for more if this goes well. Same for Cairoli, I would think.

Red Bull KTM went to the desk drawer, found the panic button and smashed that sucker into oblivion. This isn’t pulling out all the stops, this is something far more incredible. Think about what KTM has effectively pulled off today. They have sent a nine-time world champ across the pond to join the American series, and resurrected the career of a former hero. We also hear KTM is shopping for an addition 250 rider for the motocross series alongside Max Vohland. To make this even wilder, we are still awaiting news of a potential Jeffrey Herlings appearance stateside. They went from “woe is me” to “whoa, we are back!” with this move. They will now grab every headline going into this summer’s series and stand a real chance to snag a title. I have recently spoken about the serious downturn this team had taken globally this year and while I imagine the logistics to pull these moves off were not easy, they have essentially reversed the tide. My (and the public’s) outlook for them has flipped in an instant which surely had to be a big motivating factor in going off the grid for this plan. KTM as an entity values winning above all else, they carry the Ready to Race tagline, which make the struggles of 2022 season weigh heavily on the team’s sentiment. Not anymore! They have new life, new hope, and all of the buzz. Kudos to everyone involved on both sides of the Atlantic for making this a go. Could you imagine if they also found a way to get Herlings healthy for Pala’s opener? My head might pop right off my shoulders. It’s on, folks! It’s going to be one hell of a summer.

Steve Matthes: Yeah, something was definitely up with Ryan Dungey a few weeks ago when I saw video of him riding and also heard that he was doing a lot of riding. I sent a text out and got back "testing for KTM" which made sense but now with this news, wow. Look, I've been on the record as saying these types of comebacks, whether it's Mark Barnett, Damon Bradshaw, or Mike Kiedrowski don't really work and I'm pretty sure this won’t either if you're looking for Dungey to be a consistent podium or race winning guy. Back to 2015 level? I would not expect that, but that’s okay. It's still a VERY cool story and will be great to see the #5 out there again to join the #222 Antonio Cairoli under the Red Bull KTM truck. Heck, Aaron Plessinger is going to have some serious knowledge there alongside him. What this also tells me is that Cooper Webb will not be racing the nationals. This is something I heard a month ago and couldn't really nail down someone who would go on record to tell me that. So, it’s not confirmed yet, but I think there's no way KTM is going to go with AP, Dungey, Cairoli, and Webb. So while I don't think either Dungey or Cairoli will be winners this summer, the Red Bull team will have some very interesting storylines happening, that's for sure.

Jason Weigandt: I just got ACL surgery yesterday and about 30 minutes after I left the hospital was in the car, Davey Coombs calls me with some crazy news. He said “We have heard from KTM that it’s happening” so I immediately assumed Jeffrey Herlings’ foot was all healed up and he was coming to race Lucas Oil Pro Motocross. Incredible!

No! This news was even more surprising and when Davey told me Ryan freaking Dungey was coming out of retirement to race, I assumed my pain meds had really kicked in. Lo and behold a press release came out from Lucas Oil Pro Motocross today confirming the news. Then KTM sent out its own PR…confirming Dungey was in for the first two rounds, just like the Antonio Cairoli news from last week.

Well, I’m not buying it. I think you will see Dungey for more than two rounds, but this is just a safe measure in case he doesn’t do well. We can easily assume Dungey has kept himself in shape and we’ve now learned that even age 32 doesn’t mean you can’t go fast on a dirt bike. However, you have to leave some wiggle room when you haven’t actually raced a motocross race since 2016. That’s six years! Maybe he struggles, says it was fun and heads home. I would not bet on it. I think Dungey does okay in the first few motos, and by okay, I mean top ten, and sees how much better he can get with more testing, more racing, more training, and more grinding. That’s the stuff that Ryan Dungey lives for and I can picture the addiction kicking right back in. I’m talking about Dungey, not my pain meds.

I believe Herlings is still in play, also, if he can ride okay with the foot injury. Here’s the thing for Dungey, Herlings, and Cairoli. None of them would be rolling into round one in 100 percent championship trim. They’ve been hurt or retired. However, I don’t think round one matters. This is a long season, and anyone coming into round one at 80 percent and scoring some points could easily be in fighting form, and title contention, by the end of the season. Don’t worry about how you feel in May. Think about how strong you might be in August.

Anyway, this is a dream scenario and I’m so pumped it has come true. In Monster Energy AMA Supercross this season we’ve been talking about deep fields and competitive racing, despite Eli Tomac’s big points lead. I don’t think the landscape is quite the same outdoors. Historically Jason Anderson, Malcolm Stewart, and Chase Sexton are better in supercross. Marvin Musquin isn’t even racing, and it’s likely Cooper Webb won’t either (that’s the word on the street as mentioned above). Dylan Ferrandis will of course be a beast, as will Tomac, but I was hoping for some extra punch in the 450 class, and we might just have it over at the KTM rig.

Man, I’m really pumped up on this, and I don’t think that’s the pain meds talking.