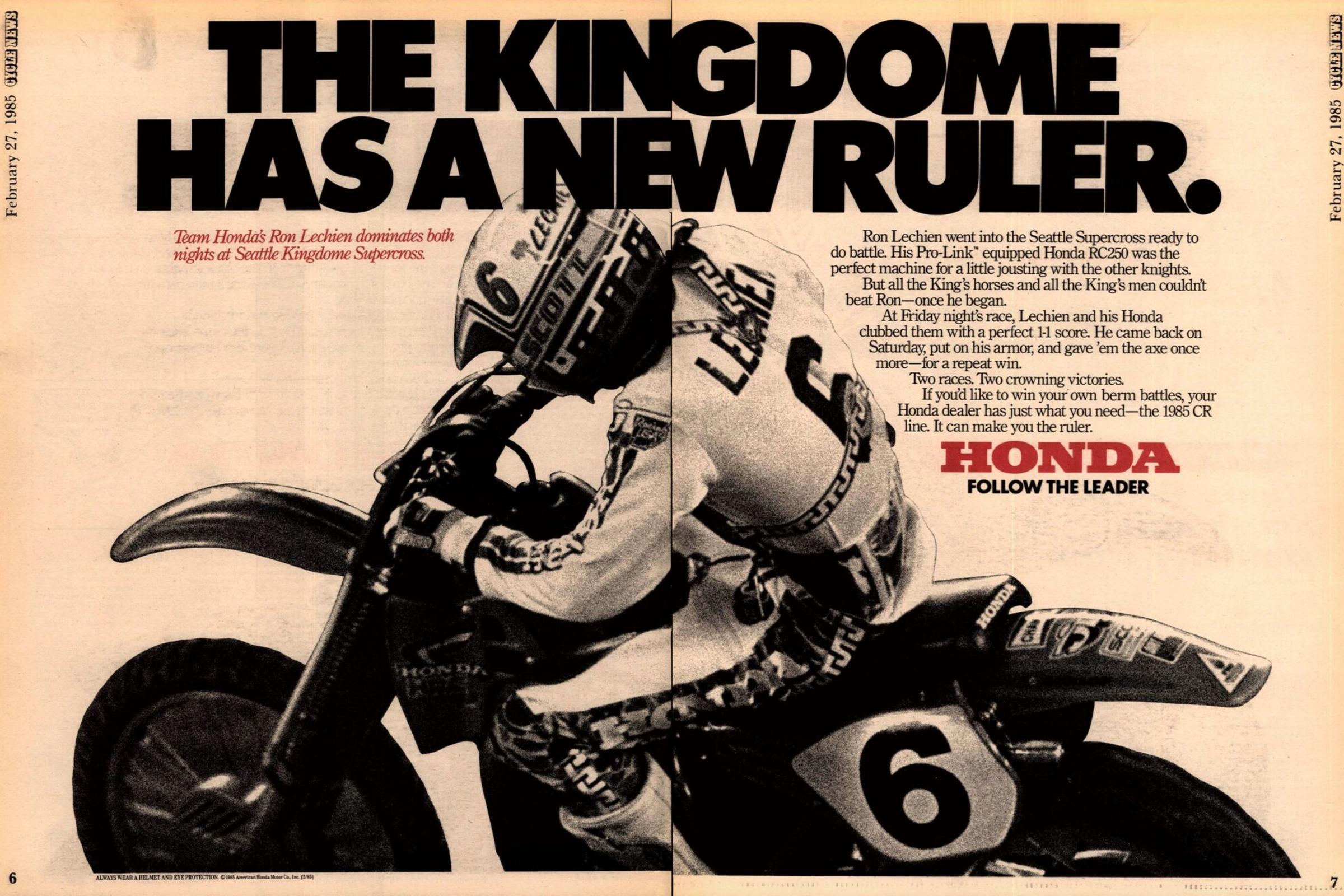 Welcome back to the MAVTV+ 50-Day Countdown to the 2022 Lucas Oil AMA Pro Motocross Championship, where we are counting down the 50-year history of AMA Pro Motocross one year at a time, one day at a time! But with this weekend having a day race for Monster Energy AMA Supercross in Foxborough, Massachusetts, plus a local race at High Point Raceway, we will make this one brief.

The two things to remember most about 1985 are the fact that Bob “Hurricane” Hannah won the last AMA Supercross of his career at Daytona, and 1985 was the last year of the works bikes. The AMA Production Rule was about to go into effect the following year, so while the other OEMs seemed to already be toning things down, Honda went all-in, emptying every cool concept and trick part they could think of. But it didn’t net them the AMA Supercross title in 1985, as Kawasaki’s Jeff Ward ended Honda’s three-year run as champion, courtesy of Donnie Hansen (1982), David Bailey (’83), and Johnny O’Mara (’84).

Ward also got the better of O’Mara for the 250 Pro Motocross Championship, and Yamaha’s Broc Glover (who narrowly lost the SX title to Wardy) came through with the 500 title on an antiquated YZ490.

The only title that Honda won in 1985 came courtesy of Ron Lechien in the 125 class, where he was weaponized with an amazing works bike, though the Dogger quite honestly probably would have won on a stock bike! He was at the peak of his riding in ’85 and the works bike just made it all the more emphatic.

Here is an amazing feature that Eric Johnson and photographer David Dewhurst did on the last Honda works bikes, from the November 2019 issue:

Gary Bailey shot this video of the ’85 Six Flags National in Georgia: