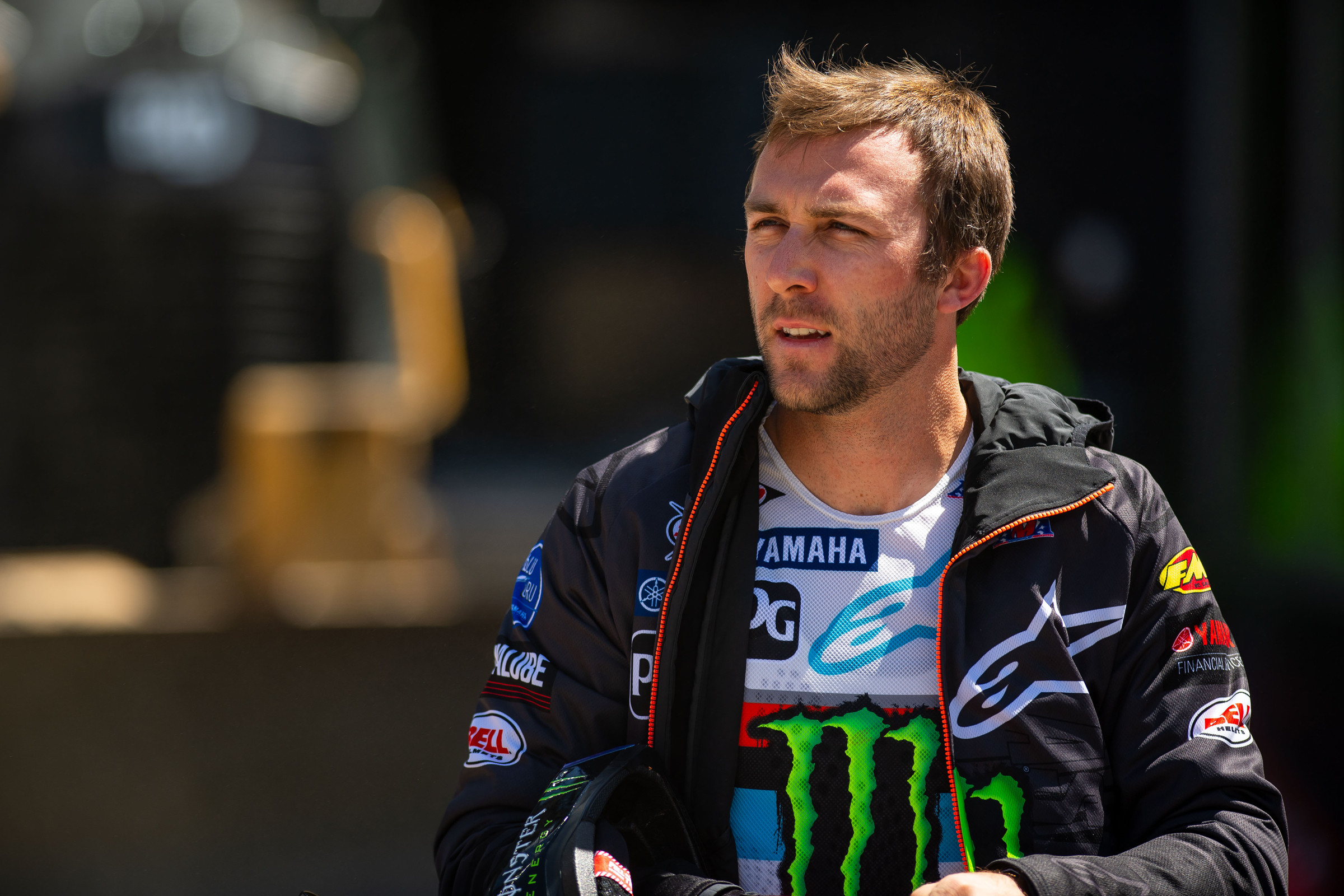 The Moment Don’t Force It

Eli Tomac was on a torrid run of race victories and massive points swings just three weeks ago when he dominated the Seattle Supercross. As his championship lead ballooned out from just a three-point advantage to over 53 points on second-place man Jason Anderson, it didn’t appear that Tomac had any interest in going into championship management mode.

That changed a bit when racing resumed in St. Louis after a one-week break and Tomac appeared to ride even more within himself to wrap up successive podiums at St. Louis and again in Atlanta. He was solid but wasn’t the break-neck speed version of Tomac we had seen.

Coming into Saturday’s Foxborough Supercross, Tomac was presented with his first real opportunity at clinching the championship in what would have been two rounds early. Tomac needed to essentially just beat Anderson in the main event and the title was his. When the gate dropped, Tomac followed race leader Cooper Webb for a couple of laps before he went for the lead in the whoops. Webb responded right away and passed Tomac going into the next corner and the lead-changing sequence allowed Anderson to close right up from third.

As the trio approached the next corner, Anderson came charging down the inside as Tomac looked to square off Webb. There wasn’t any contact, but Tomac reacting to Anderson’s pass attempt caused his front wheel to just clip Cooper Webb’s rear wheel and brought Tomac’s Yamaha to a grinding halt. With a stalled machine, Tomac was able to get going in fifth, but the damage was done.

It really seemed like he was going to go for it and try to get it done in Foxborough, but with Anderson three spots clear of him now and a bit of work to do, Tomac settled. Anderson went on to pass Webb for the lead and eventually take the win while Tomac rode home a conservative race and crossed the line in seventh. No championship clinching moment just yet.

“It was a tough main event,” said Tomac. “I was up front early but stalled the bike and then I got shuffled back a little bit and ended up just kind of playing it safe. It was a tough track, one of the tougher ones that we’ve had to where the jumps and the bottom of the transitions were just really tough to ride, period. It was a track I didn’t want to take a whole lot of risk on. We’re still in a really good spot for points, and we’ll go clinch it next week in Denver.”

If St. Louis and Atlanta were Tomac backing it down to 95 percent, Foxborough was Tomac backing it down to 75 percent. But it’s what was needed in this exact moment of the championship. Despite Tomac sitting in a tie with Chad Reed for fourth all-time in career premier class wins since that Seattle victory, Tomac has always said the championship is much more important to him than climbing up the wins leaderboard.

Tomac is a veteran in this sport and has seen far too many riders push their limits when they hadn’t needed to. Perhaps that’s his 29 years of life experience, but it could simply be a version of Eli Tomac that always existed, and we never truly got to see it. Despite being a three-time Lucas Oil 450 Class Pro Motocross Champion, Tomac only ever wrapped up the championship early once. This 2022 supercross season has been such a unique year in that Tomac has been solid from round one onward and has afforded himself the ability to back it down to whatever level he needs late in this championship.

Now with a 43-point advantage on Anderson, Tomac gets to head to his home state of Colorado where the math falls much more on his side. He simply needs to finish 14th or higher this weekend and he’s the champion no matter what Anderson does. Maybe with much more of a cushion in mind, Tomac could even decide to wick it back up again this weekend. But the reality of recent weeks appears to show an Eli Tomac that is willing to settle for the better part of his championship success.

If and when he does clinch that second 450SX title this coming weekend, he would also become the oldest Monster Energy AMA Supercross champion ever. It’s perfectly fitting that the soon-to-be oldest champion also has the most veteran approach to clinching the title. The Eli Tomac we’ve seen in 2022 has arguably been the best version of Eli Tomac we’ve ever seen when you look at raw speed coupled with race awareness, and it seems likely that he will be rewarded by becoming “two-time” this weekend.