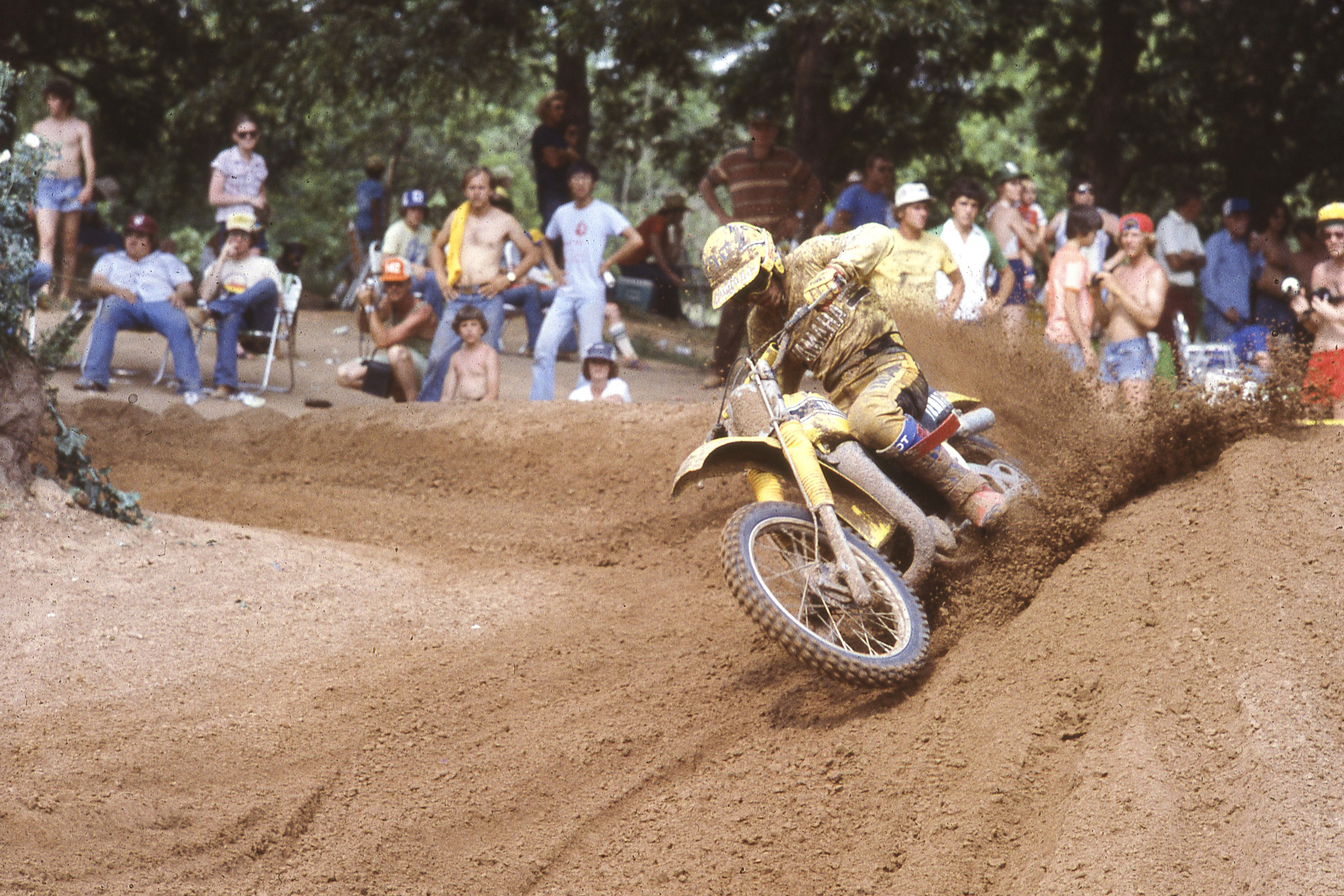 Welcome back to our MAVTV+ 50-Day Countdown to the kickoff of the 2022 Lucas Oil AMA Pro Motocross Championship. We are taking this one year at a time, starting with 1972—the first year of AMA Pro Motocross. We are now 43 days away, but it’s also a race-day for the 2022 Monster Energy AMA Supercross Championship in Atlanta. We won’t tell you who won that, but we will tell you that Yamaha again won almost everything in 1979! And we will make this one shorter…

Bob “Hurricane” Hannah was at the peak of his powers. His teammate Broc Glover was still ascendent. And so was Mike “Too Tall” Bell. In AMA Supercross, Hannah would again win easily, earning a third straight title in a row in the 250cc Class. And in the 250 AMA Pro Motocross Championship, Hannah would easily outpace his budding rival, the Suzuki-mounted Kent Howerton. And Hannah almost certainly would have won the Trans-USA title (they had to change the name of the old Trans-AMA Series after a lawsuit by Pontiac, the automobile makers of the iconic Trans-Am sports car) but then the strangest thing happened: While out water-skiing in early September behind a speedboat being pulled by his friend and rival Marty Tripes at Lake Havasu in Arizona, Hannah got too close to the shore and hit some rocks, shattering his leg. All of the sudden the most dominant rider in American motocross and supercross history to that point was knocked out for more than a year. More on that in our 1980 breakdown.

And speaking of Tripes, he was supposed to be Hannah’s closest foe in ’79, and for the most part he was, but the problem was that the AMA’s claiming rule, which allowed anyone in the race to claim the bike of another rider, suspended his team’s plans for a much-improved works bike. As a matter of fact, a privateer was able to claim his bike after one of the early rounds, setting Tripes and Team Honda back as they tried to challenge Hannah’s reign.

While Hannah remained dominant in 1979, so did his teammate Glover, who added a third-straight 125cc AMA National Championship, surpassing Marty Smith as the all-time 125 class leader to that point in series history.

The only close race of ’79 was the 500cc AMA National Championship, which Suzuki’s Danny Laporte won by just three points over Yamaha’s Mike Bell. Otherwise, it would have been yet another perfect season for Team Yamaha. Unfortunately, with Hannah out for 1980, bigger battles were ahead for Yamaha, but we will get into those more after Easter when our MAVTV+ 50-Day Countdown to the 2022 Lucas Oil AMA Pro Motocross Championship continues!