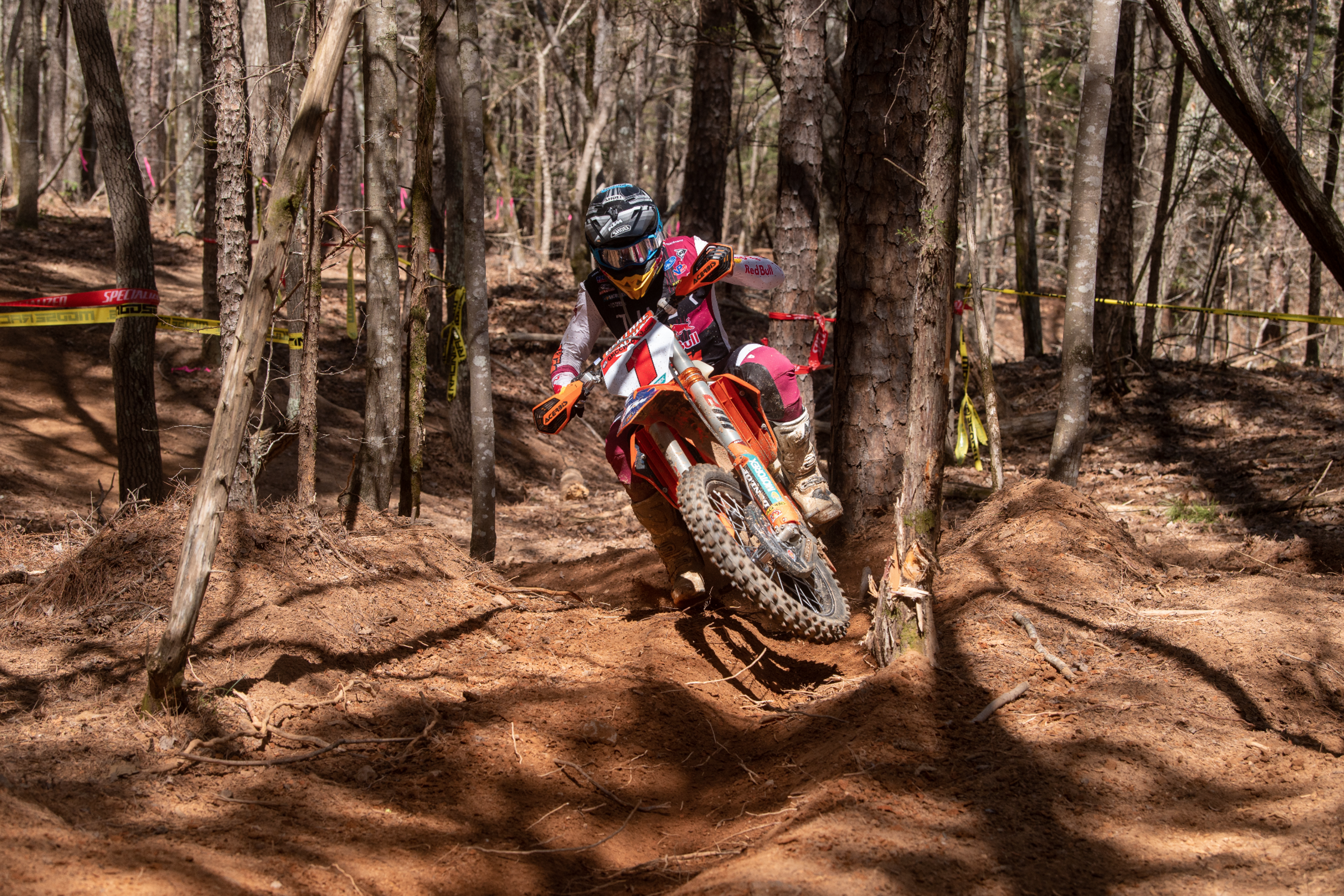 The fourth round of the Grand National Cross Country (GNCC) Racing season would see a return back where it all began; and no that’s not a trip down to Macon, Georgia, for an Allman Brothers Band tribute (old guys, you’ll have to help the young guys with that one). We’re talking back to where the 2022 season kicked off at the Big Buck Farm in Union, South Carolina. While it might be the same venue, this second event, dubbed the Tiger Run GNCC, was vastly different than the season opening round just over a month before. Here’s a few things we learned.

The GNCC track crew spent the week leading up to the event laying out as much different trail as possible. Simply flipping the Big Buck course around for the Tiger Run is not something anyone wants to do, so the crew implemented different sections that were not used for the Big Buck event and linked the previously used sections together differently. This made the course feel like a totally different facility than what had been raced at round one.

Additionally, the overall conditions of the course were some of the best of the season. The area received a fair amount of rainfall early Wednesday, then another small shower Wednesday afternoon. After that, the wind blew throughout the rest of the week and the sun popped out Thursday and Friday to dry things up perfectly for the weekend. This left just the right amount of moisture in the soil and with the ATV racers soaking up what was left of the few puddles on Saturday, the majority of those racing agreed that the dirt on Sunday was just about as perfect as you could hope for.

While the season is still young it’s already becoming the expectation to see Ben Kelley controlling the top spot. However, Ben doesn’t always jump out to an early lead. More times than not, Kelley will run the opening stages of the race just outside of the lead pack and then pick up the pace as the race wears on. This is something he’s done for a number of years, dating back to his XC2 class championship runs. However, at the Tiger Run Kelley jumped out front on the opening lap and never looked back.

On the first lap, Kelley would hold a 12-second lead over Jordan Ashburn who held a sizable lead of his own over Layne Michael who ran third place in the early stages of the race. Kelley then began to push further and further ahead, eventually ending the day one minute and 25 seconds ahead of Ashburn in second. Trevor Bollinger would come from sixth place on the opening lap to land on the podium in third, a minute and ten seconds behind Ashburn.

By no means are these types of gaps something new to GNCC Racing as there have been some events won by multiple minutes (such as David Knight winning the first Snowshoe event by 10 minutes, or guys like Scott Summers, Ed Lojak, Mark Hyde, and Timmy Coombs who all won the Blackwater 100 by seven to ten minutes) but for a number of years now, it just has not been very common to see guys win races over a minute ahead of second place. However, Ben Kelley has done that for three of the four races so far this season.

With a number of Kelley’s closest competitors all sidelined with injury, this leads to the question: just how much of a challenge would Kelley have if these guys were still in the mix? What kind of challenge he will have when they’re back in the mix? While guys like Steward Baylor Jr., Josh Strang, and Thad Duvall are all capable of winning races, it still seems as if Kelley has stepped things up another notch this year and it will be interesting to see how things pan out when these riders return.

Regardless, even with sizable victories, you can’t take anything away from the guys who are still there now. Ashburn is a veteran at this point and has been in the XC1 ranks since 2012 but is arguably riding better than he ever has. He’s finished third place in series points the last two seasons and is currently second in the 2022 points with three podiums in four rounds including a season-best second place at Tiger Run. Bollinger also continues to improve as he landed his first podium of the 2022 season with a third place at Tiger Run, which actually marks Bollinger’s best finish since 2019 after struggling with injuries in 2020 and returning in 2021.

Michael Witkowski has been the man to beat in the XC2 class this season after winning the first three rounds. At the Tiger Run he led the first two laps and was holding a close second place for two more laps before going down hard on the fifth lap. Witkowski would remount and finish the race but could only salvage a 14th for the day. This would leave the door wide open for a new race winner and new podium contenders hungry to make a statement.

Lyndon Snodgrass would be the one who wrestled that lead away from Witkowski on lap three and he held it to the finish to take the XC2 class win. Ruy Barbosa would run inside the top three for the entire race and land his first XC2 class podium of the season with a second place while Angus Riordan would take his first-ever GNCC podium in third. This sort of sets up an all-new foreign invasion of the GNCC series as both Snodgrass and Riordan hail from Australia while Barbosa comes to the series from Chile.

For a number of years foreign riders dominated the series with the likes of Shane Watts claiming the 2000 GNCC title before guys like Juha Salminen, David Knight, Paul Whibley, and Josh Strang would go on a tear claiming titles from 2005-2010. American Charlie Mullins would claim the 2011 title before Whibley took his second title in 2012; the last foreign champion before Kailub Russell’s dominating run from 2013-2020 and Kelley’s 2021 title. While this new crop of foreign riders is still in the XC2 ranks, it’s only a matter of time until they’re knocking on the front door of the XC1 field.