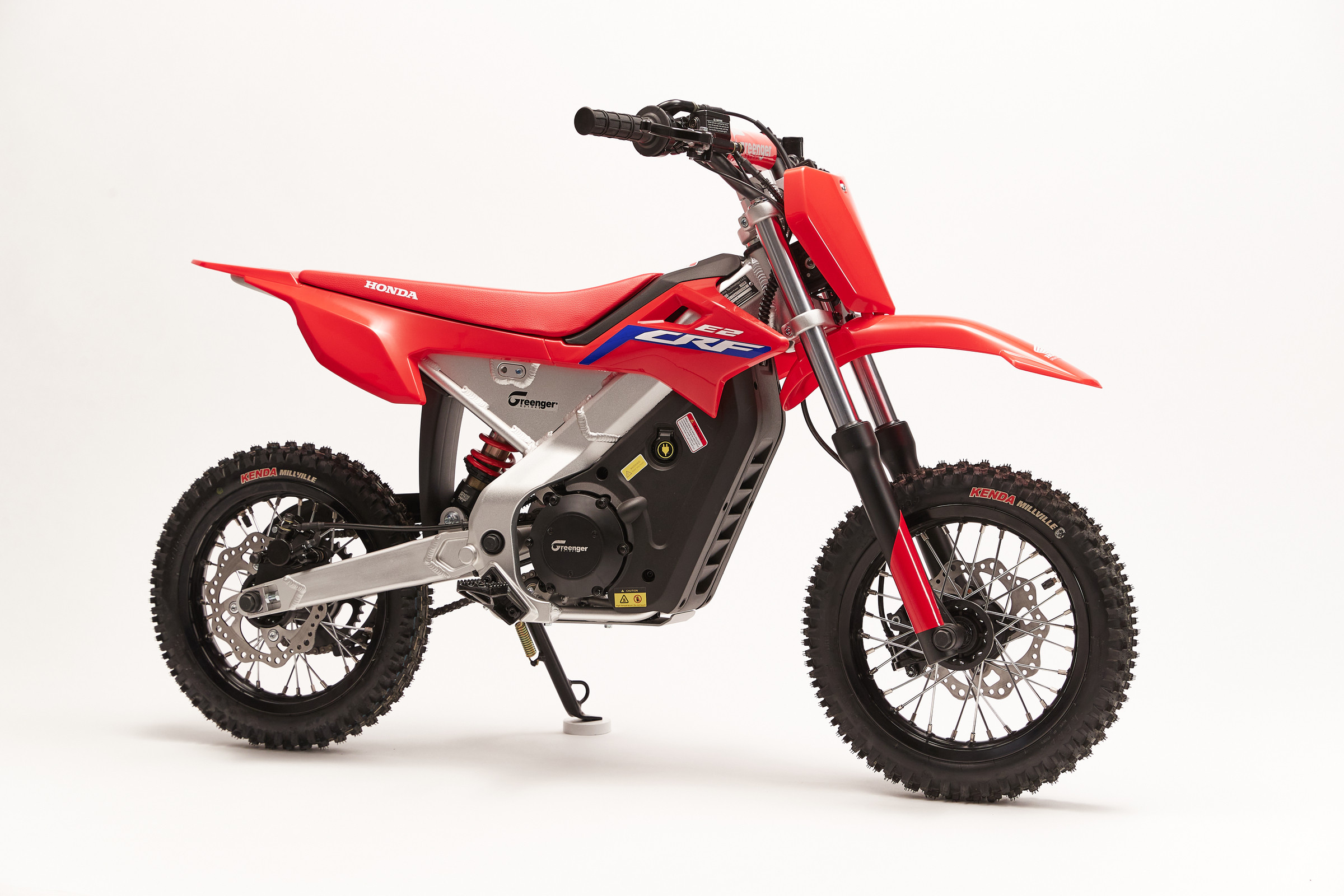 As the years keep coming, the bikes keep evolving. The future is shifting towards electric vehicles, and the two-wheel industry is following that trend. Several years ago, the KTM Group unveiled the KTM SX-E 5 and the Husqvarna EE-5—both 50cc-sized adjustable electric dirt bikes for kids. The Mini-E (4-6) Jr. class was introduced to the Monster Energy AMA Amateur National Motocross Championship at Loretta Lynn’s Ranch for the first time in 2020 and returned in 2021, and the KTM SX-E 5 is now the bike all competitors ride in the KTM Jr. SX Challenge during several rounds of Monster Energy AMA Supercross. In August 2020, Indian Motorcycles released the Indian eFTR Jr.—a mini-replica of Indian Motorcycle’s American Flat Track championship-winning FTR750. (And for adults, the Alta Motors electric bikes came and went but KTM has updated its eclectic sibling to the typical four-stroke 250/450 SX-F, the 2022 KTM Freeride E-XC model, and the versatile Stark Varg has been one of the hottest topics since its announcement in December 2021.)

Now, Honda has entered the kids electric bike category as well with help from Greenger Powersports. The officially licensed all-new CRF-E2 is a lithium-ion battery powered 50cc-sized machine with 12-inch wheels that has no clutch or shifter levels (on top of the quiet-factor compared to a typical gas-powered engine). One of the early downsides of electric bikes has been the need to recharge between rides to ensure a full battery to complete a full day of riding. Well, the CRF-E2 seems to be step ahead on that issue as it has an interchangeable battery. According to the press release, the bike features a “low-voltage (48-volt) BLDC electric motor” and with an “available spare battery, it can be swapped out in seconds – a Greenger exclusive feature in this class.” Without a swappable battery, electric bike riders are forced to the pits as their bike recharges between motos.

The new bike also has two levels of power for differing skill levels, and you can adjust the seat height from 24.8 to 25.5 inches, which is similar adjustability to the KTM group bikes that you can setup differently depending on the height of a child and their skillset. The MSRP for the CRF-E2 is set at $2,950, which is much lower than its competitors. For reference, the KTM SX-E5 MSRP is currently set at $5,199 and the Husqvarna EE-5 MSRP is $5,149. (Note: The Indian eFTR Jr. MSRP is $824.99, but that bike does not have adjustable settings like the motocross bikes do—it’s more of a cruiser, compared to something kids could race on a motocross track.) So the Greenger Powersports x Honda CRF-E2 appears to be a more affordable option for kids—especially those just getting their feet wet on two wheels. The bikes are produced by Greenger Powersports but are officially licensed by Honda and sold exclusively through American Honda powersports dealers.

Could the CRF-E2 be a hint at an adult-sized electric Honda model coming in the near future?

Check out the full press release from Honda below:

New model features a competitive balance of performance and value

ONTARIO, California—Electric dirt bikes became a realistic option for kids and their families today with Greenger Powersports’ unveiling of the Greenger x Honda CRF-E2, resulting from a new collaboration with American Honda.

Representing a practical-but-exciting doorway to the world of powersports, the CRF-E2 brings the motorcycling experience to a new pool of customers, whose lives are already increasingly powered by electricity. On the one hand, the bike is a fun training tool for young new riders, as it eliminates the need to operate a clutch or shift lever. For kids who already have two-wheel experience, the CRF-E2 is a reasonably priced step up to real dirt bikes. For either group, it’s a quiet, environmentally responsible form of powered recreation that can be enjoyed in more places than traditional mini dirt bikes.

Driven by a low-voltage (48-volt) BLDC electric motor with an inner rotor, the CRF-E2 produces a maximum output of 3.4 horsepower and 18.4 foot-pounds of torque. Its lithium-ion battery has a best-in-class range of approximately two hours in ideal conditions with a full charge. The battery can be fully charged in four hours, or two-and-a-half hours with the optional quick-charge system. With an available spare battery, it can be swapped out in seconds – a Greenger exclusive feature in this class.

With adjustable hand levers and the ability to alter seat height between 24.8 and 25.5 inches, the CRF-E2 physically accommodates a range of riders weighing 99 pounds or less. In addition, maximum power output can be switched between two levels in order to adapt for varying skill and experience levels.

“The CRF-E2 will expand the enjoyment of riding off-road on two wheels to more families,” said Brad Chapman, Greenger Powersports Manager of Sales & Marketing. “The appeal to traditional enthusiasts is obvious, as it’s just a cool little dirt bike. At the same time, it breaks down barriers with people who wouldn’t otherwise consider powersports, but who are already comfortable with electricity’s increasingly ubiquitous role in our society. We can’t wait to see more kids getting the chance to discover what dirt bikes are all about.”

Through this new collaboration, the CRF-E2 is available exclusively through American Honda’s nationwide network of participating Powersports dealerships.

“We’re pleased to partner with Greenger Powersports to offer an innovative, approachable electric dirt bike to our customers and dealers,” said Bill Savino, American Honda Senior Manager of Customer Engagement. “One of Honda’s mission statements is ‘ensuring the joys for the next generation,’ and the CRF-E2 clearly aligns with that objective. We look forward to working together with Greenger to grow motorcycling well into the future.”
MSRP for the CRF-E2 is $2,950.