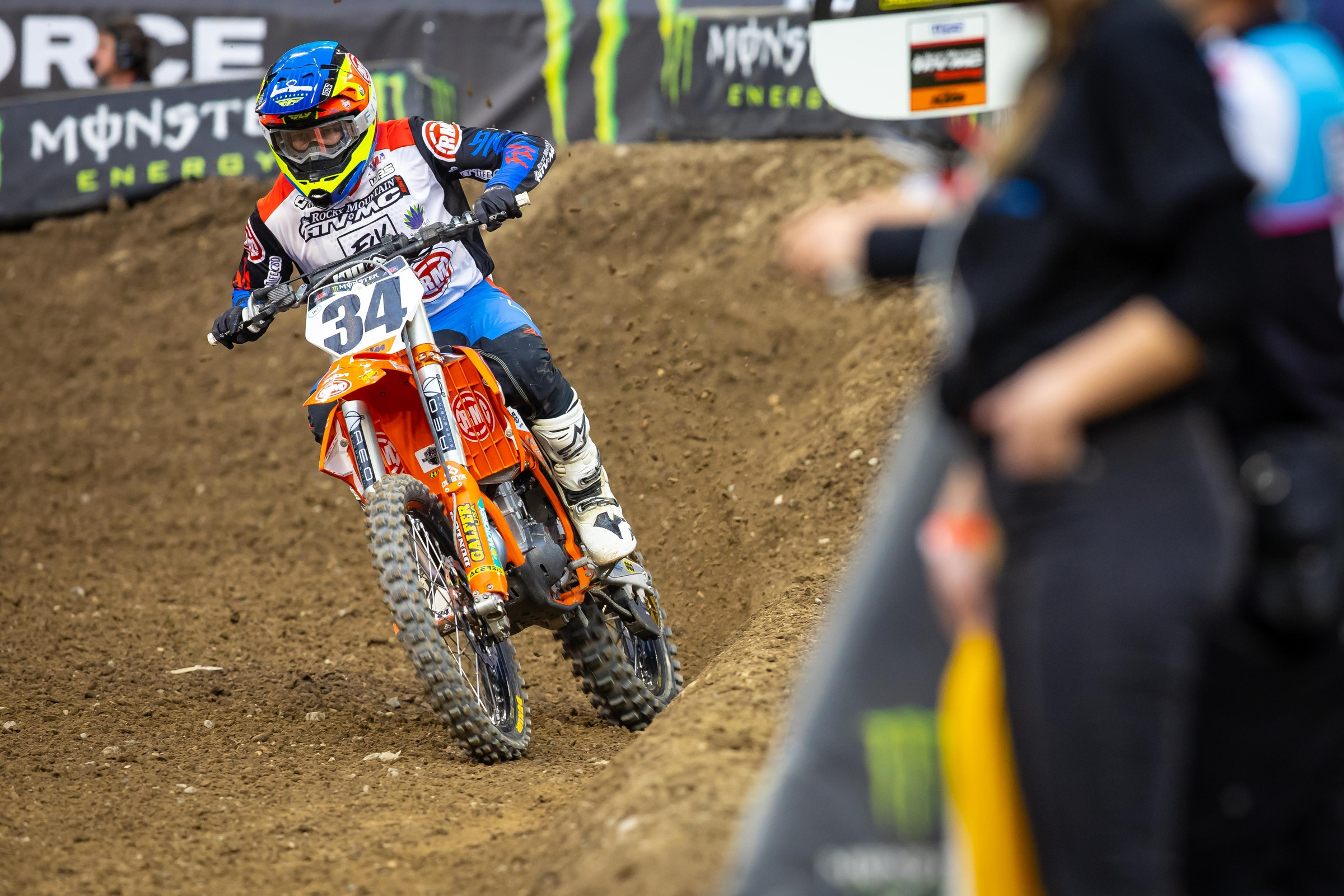 This week Monster Energy AMA Supercross heads to Arlington, Texas. Check out our Injury Report for a look at who’s in and who’s out.

Comment: Anstie had a bad crash in Minneapolis and broke two ribs, collapsed a lung, bruised his heart, and is severely banged up. On Instagram he said, “So in reality it’s only ribs so I’ll see how I am over the next few weeks but I’m pretty confident that I won’t miss many races.” His loose hope is that he’ll be ready for Seattle.

Comment: Bloss hasn’t raced yet this season due to an injured collarbone and ankle suffered before the season. Several weeks ago he told us his goal was to be back roughly around Daytona or Detroit.

Comment: Cianciarulo is out for the supercross season with an injured knee.

Comment: Hill is out for a substantial amount of time following fractures to his hip and pelvis, sustained during qualifying at Anaheim 3.

Comment: Martin had a bad crash during qualifying in Minneapolis in which he sustained broken T6 & T7 vertebrae. He’s out for the foreseeable future.

Comment: Plessinger broke his arm earlier this week while practicing. There is currently no timetable on his return, but he’s out for the immediate future.

Comment: Cade Clason said his teammate A-Ray underwent appendix surgery on Saturday morning and is out for Arlington.

For those who don’t know, alex had surgery this morning to remove his appendix after going to the hospital with stomach pains yesterday, so he obviously isn’t racing, The GF told me it went good and he’s just chillin! 🙏

Comment: Robin crashed in the whoops at A3 and sustained an AC joint separation. He’s going to sit out Arlington this weekend to let it rest and go from there.

Comment: Sexton was on the verge of winning the 450SX main in Minneapolis, but unfortunately made a mistake and crashed hard. He was put into concussion protocol as a result. He’s back training, but at time of posting there was no official word on whether or not he’d be lining up in Arlington.

Update: Sexton is in for round eight, posting on Friday: "See you guys in Arlington 😎"

Comment: Chambers suffered a crash during qualifying, injuring his AC joint in his shoulder. He is expected to miss at least four weeks.

Comment: A broken foot will prevent Cooper from racing supercross in 2022.

Comment: Clark posted that he suffered a broken ankle during the week. He is out for the immediate future.

"Super bummed to have to make this post. Had a practice crash early this week resulting in a broken ankle. Got a plate and screws put in, so now just letting it heal. I was feeling really good on the new bike and was really excited for the races I had coming up, but it's all part of racing and I'll be back in no time🖤"

Comment: Geistler is out after a crash resulted in a broken tibia and fibula.

Comment: Kessler crashed in the first qualifying session and is out for the remainder of the day.

Comment: Reynolds sustained a broken wrist during media day in Minneapolis. He’s out for the immediate future.

Comment: Vohland was involved in a crash in Minneapolis that left him with a “a massive hematoma to the right shoulder and a couple of small cracks in my clavicle.” He’s out for Arlington.

Comment: Shimoda is currently recovering from a foot injury sustained at A3.