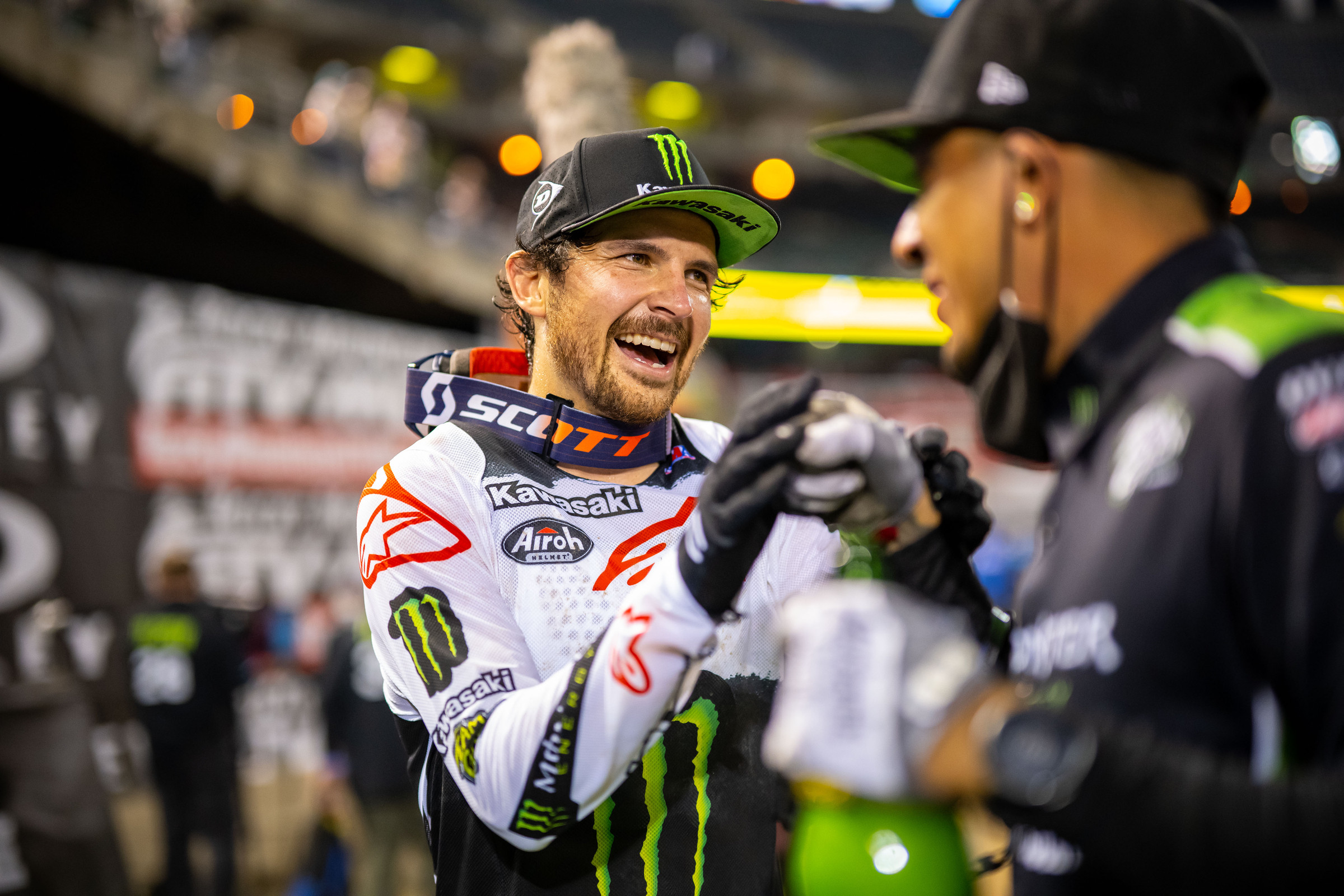 All race wins are big, but Saturday night’s Monster Energy AMA Supercross victory for Jason Anderson in Oakland hit different. He had gone nearly four years without a victory, and worse yet, he had not won since his 2018 title season. Obviously, this Oakland win was huge.

“The last time I won I felt like I was on top of the world, being able to win that championship and stuff,” said Anderson. “Being able to come back, I’m 28 years old, I’m getting older but being able to know that I still got it and I’m able to still win it feels amazing. Forty-seven races is a long amount of races to go without a win, especially with all that work being put in. We did it. Now I want more.”

That’s not the whole story, though. Anderson has gone through his ups and downs since then, and eventually even left the team he raced for his entire career (“pass” was his answer in the press conference when asked why he’s not with Rockstar Energy Husqvarna anymore). Through the long wait to win again, he has learned that he loves the sport anyway, even on the bad days, even when the wins aren’t coming. Anderson isn’t known for revealing much about his character, but he wants everyone to know how much he loves his job.

“For me, racing is my number one thing. I’ve done it since I was little. For me, it’s something where I could possibly feel like I’d be lost if I didn’t have it,” Anderson explained. “Even through the tough times, I love it. Fail or succeed I just want to keep trying and keep racing. As much as I don’t let people into my life and things like that, I freaking love being in the paddock! As much as I dodge you media guys and I don’t want to do interviews and stuff like that, I still love racing dirt bikes and that’s how it is.”

The other Oakland winner was Christian Craig, in the 250SX class. At 30 years old, Craig has taken some heat recently for winning in the 250SX class. He put out a tweet before Oakland explaining all the time he has missed with injuries, and even retirement earlier in his career.

“Man, I’m one of the most hated guys on social media lately!” he said. “I don’t know why, I’m one of the nicest guys out there. I’ve been hurt more than I’ve raced. It’s unfortunate and no one has had a career like me. And I hope no one does! I’ve been in the hospital a lot with big injuries. I had to step away from racing.”

There was a time when riders retired early in this sport, but the pendulum is swinging back the other way. Anderson and Craig aren’t the only riders in their late twenties and early thirties still pushing for wins. When you love the sport, you keep trying. Occasionally, that leads to winning.

“To be honest I always have felt like I had the speed and the talent to win, I just wasn’t putting it together,” Anderson says. “Last year I only had two podiums and even just a handful of top fives. Honestly if you look at it, it looked like I was on the decline! No matter what I just kept believing in my talent and I kept trying every day. Yeah, just don’t give up, I guess.”

For Craig, his brief retirement gives him an appreciation for the sport that goes beyond the feeling of winning races.

“I get to enjoy this now,” Craig says. “I’ll smile every time I’m on the line when I’m racing. I know these days are limited and you don’t get a lot of them. Enjoy it while you can. Even the bad days. You’re going to look back at it and you have to be grateful. Just being grateful, that’s it.”