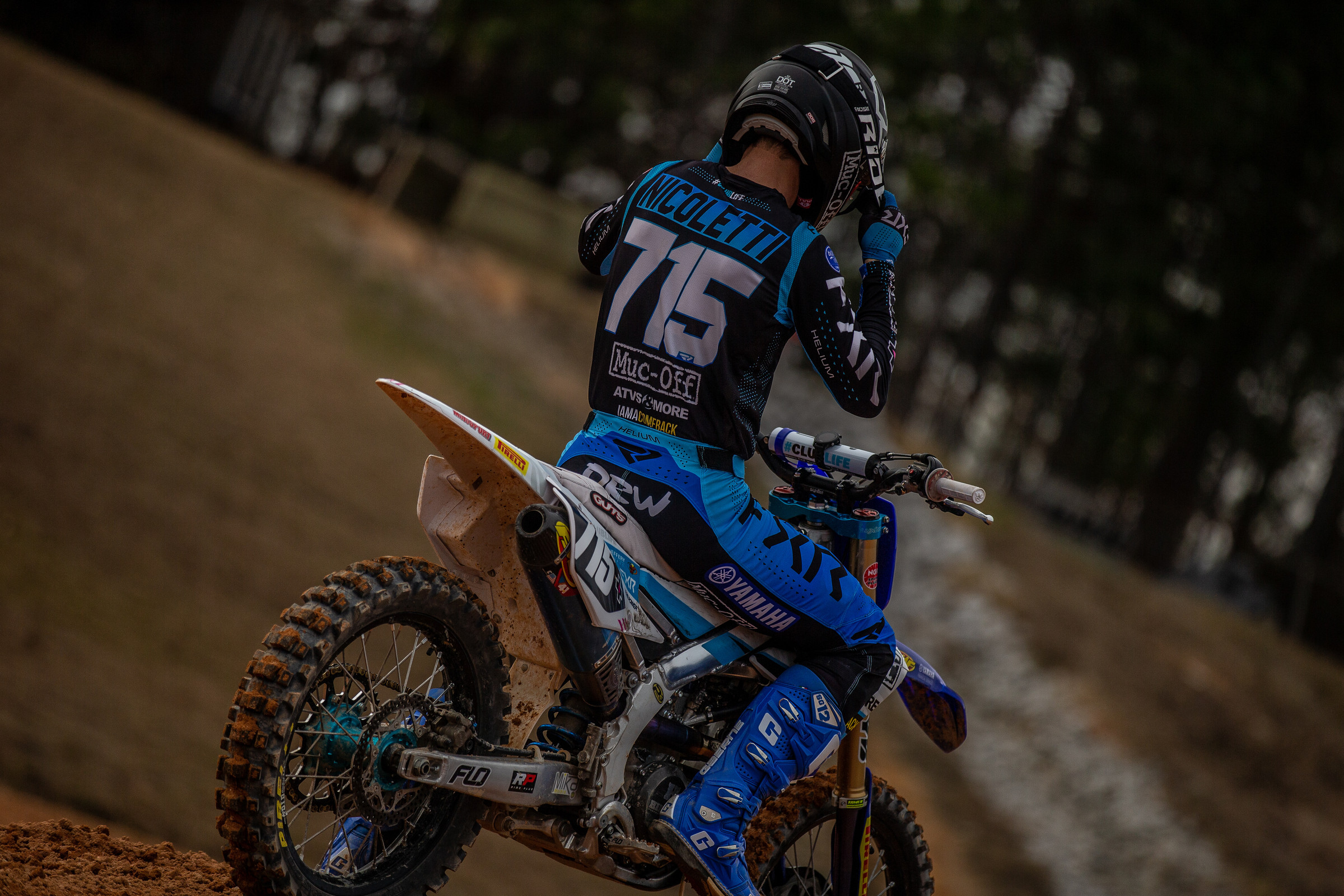 Phil Nicoletti is prepping to race the 2022 Monster Energy AMA Supercross Championship 250SX East Region with the Muc-Off/FXR/ClubMX Yamaha team. For now though, “Filthy” Phil is going to answer some questions as he continues to pound out laps down at the ClubMX facility.

Got a question for Phil Nicoletti? Phil@racerxonline.com.

Phil!
I don’t even know if you’re getting this email. Are you doing this thing again this year? Seems like you were getting ripped off from a payment perspective but hopefully you stick around and do the column. It’s always cool hearing from the racers.
Mike

Mike,
It was really, really tough negotiations this year with Weege [Jason Weigandt]. Once again, I came out on the losing end, because he wanted to factor in an injury clause, which is total bullshit because I still performed for him every Friday. But like anything in my life, I get shit on and have to roll with the punches. UnPhiltered will be back for another year. As much as it sucks making just enough money to afford the dollar menu with this column, it’s cool to hear people’s questions and perspective on things as well. I’m here for the Joe Blows in the world, not the money.

Hey Phil,
Anaheim is here. What are your thoughts? Have any big predictions on the 450s? Specifically, I want to know what you think of Tomac on the Yamaha 450, you know that bike well. Did I hear you’re actually a little bit insider with the KYB suspension guys, too? I know you’re probably paid by Yamaha, but seriously, do you think that bike can win a supercross title?
Tomac Attack

Tomac Attack,
My thoughts are: BIG YEAR for Mookie, AP7, and Chase Sexton. I think those three have a lot in the tank that has yet to be released yet. I think they are the guys who will take valuable points away from the main title guys and I believe they will be a factor. I’d also like to see Jason Anderson get back to his older form. I used to not like Jason, but after being teammates in 2018, he’s a rad dude. His skill is unbelievable. So, I’m hoping he can get back to that kill mentality and break out again. I talked to Troll Daddy [Alex Martin] this week, and he was around Eli for a few days watching him ride. Troll said Eli looks unbelievable on the Yamaha. The videos I’ve seen of Eli, he looks on f@&$ing point. BUT, all that matters is 9:30 p.m. Saturday night, and a solid start. A Tuesday practice day doesn’t mean shit. As far as myself, KYB has stepped up big for me and have been great to deal with. Bill Orr and Ricky Gilmore have been very transparent and have been helping me get comfortable. I’m excited for this year with them.

Phil,
WTF us up with these dudes and the East and West Coast deal in the 250s? I know Justin Cooper just got hurt, but Star already had Colt Nichols lined up on the entry list for West. Colt is #1E! Do they not care about running the number one plate? You’d figure teams want to have a plan set in place long term. You know what it’s like—isn’t your training program based around if you have to race in January (West) or February? I’d think every rider would want to know way in advance, it would probably help them plan their training program out a little better.
Steve

To be honest I thought Star, or Yamaha, or Monster would want to the #1 on both bikes. But I think it’s badass Colt and Justin wanted to go after titles on opposite coasts than their previous championships. As far as not knowing if you’re going East or West on a team, it kind of sucks. I mean, you have a good idea which coast, but it’s never really certain. For example, Jett and Hunter. If Hunter wasn’t 90 percent ready and up to speed already, he would be totally effed going into this weekend. So, you always have to kind of be ready up until A1 in the 250 class because the team might need you. So, if the guy is somewhat prepared and ends up not riding West, then they can afford a down week, and get some recovery a little bit after A1. Again, I’m not a high paid scientific coach like some of these team trainers, but that’s what I’d do. But I think Hunter will do good this weekend. I personally pick him for the win, only because he hasn’t had time to sit around for a month and think about it.