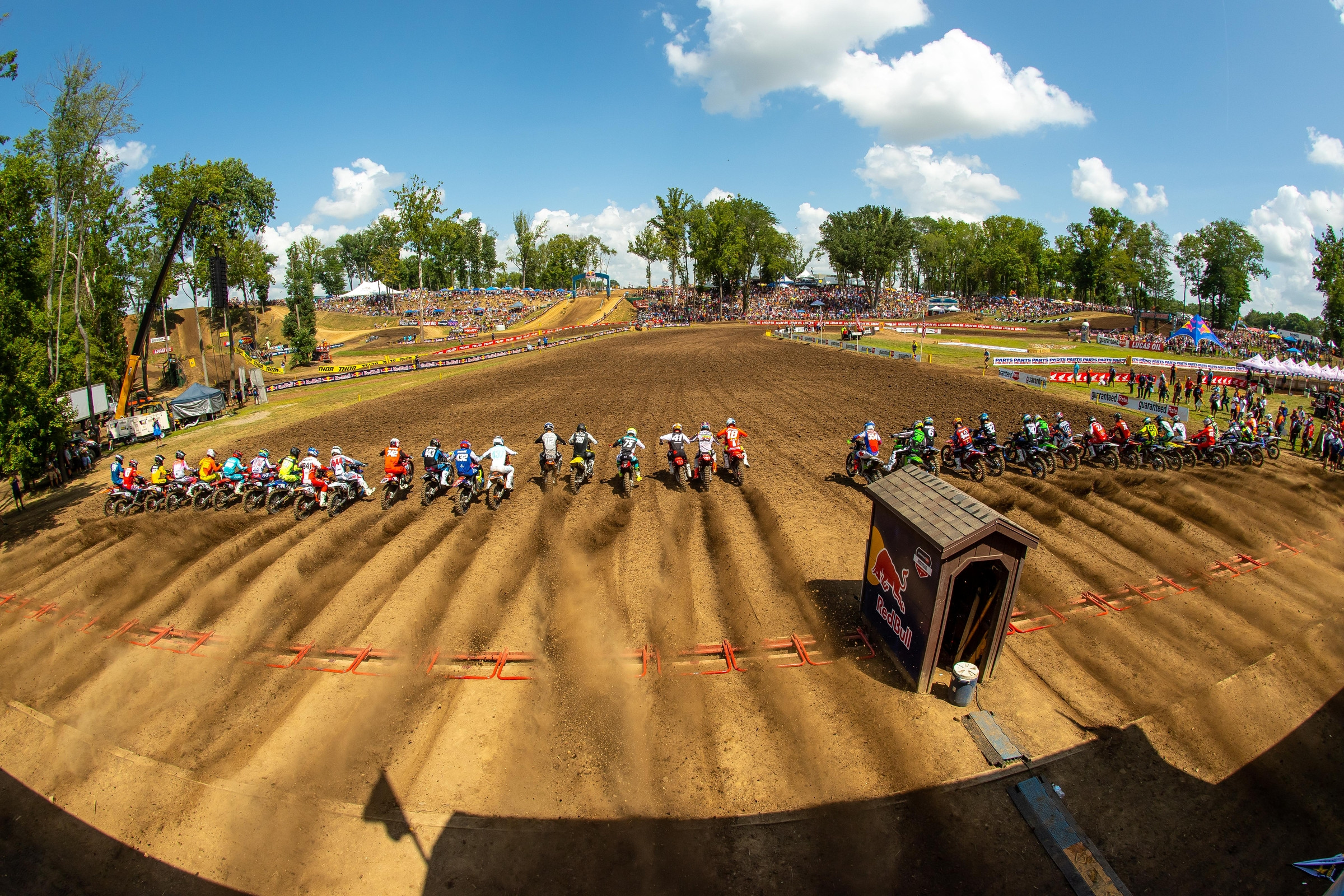 There were certainly a lot of talking points from the four motos on Saturday at the 2021 Ironman National. Jett Lawrence regained the points lead, Eli Tomac broke through for his first overall win of the season, and so much more. As such, we fired off some burning questions to longtime pro Jason Thomas to hear his thoughts on it all.

What made Jett Lawrence so good on Saturday? He was three seconds (?!) faster in qualifying and then dominated the motos. Is it just everything clicked for him or does his riding style fit this track better than others?

I think Jett is very gifted at carrying momentum through areas that others find difficult. At a track like Ironman, the ruts through the corners are challenging to execute. They often have “hooks” in them that can severely reduce momentum if not handled correctly. Much like Unadilla, if you can make up fractions of a second in each of these difficult corners, that can quickly add up to a much lower lap time. That ability to maneuver through the ruts comes from extreme balance and coordination. When the conditions are more difficult, it seems his elite skill set shines through.

Now that Jett and Justin Cooper have swapped places in the championship, do you think this is how they will finish? Or will Cooper be able to overcome his sickness and pull this title off?

I think this is now Jett’s title to lose. It seems that Justin Cooper has been under the weather for the last week or two, even though he hasn’t really been forthcoming with that. His second motos have told the tale, though, declining significantly over his first moto level. With the quick turnaround we have in this series, asking a weakened body to recover and battle a thriving Jett Lawrence has to be a tough task.

Further, we are headed to a track that Jett has been absolutely brilliant on. His level at this track both last season and at round one were impressive to put it mildly. I am expecting another 1-1 performance on Saturday, which would likely putting the title out of reach for JC32.

Bummer to see Jeremy Martin crash out again with a brutal injury. What went wrong with his crash?

It’s hard to tell if he dragged a footpeg off the face of that take-off or if his rear tire simply lost traction. In either case, his rear tire shot to the left on takeoff, forcing him out of position while flying through the air. When he landed, his rear tire slid further left, then caught traction and violently flipped him back to the right. That sudden change in direction was enough to rip the bars out of his hands. Without a way to hold on to that bucking bronco, his fate was sealed.

Jo Shimoda has been steady and improving almost each and every week. Aside from his starts, is there anything that stood out to you that made him gel so well with the track? Or were his starts that much of a game changer?

Something about this track works for Jo. He was very good here last year, good in the morning qualifying session, and faster-than-normal in both motos. Sometimes tracks just click for certain riders. It could be the soil, the corners (sharp and slow versus fast and open), or even something as simple as “I have done well here before, so I will again.”

How solid has Ty Masterpool been lately?

He’s been great! Remember, though, Ty was incredibly fast last season at Monster Star Yamaha, too. He was a podium level rider at RedBud and qualified inside the top five several times. I’m sure it’s tougher to perform without that blue rocket ship underneath him but he is coming on strong here lately.

It took ten rounds for Eli Tomac to find the top step of the podium. He’s done well here before, and it was the hottest day of the season. What makes Eli so good on the hot days? Is it just his training program and experience/willingness to get through the suffer?

I would have to say his fitness is the biggest variable. His father is a world champion MTB racer, so I am guessing both genetics and preparation combine to ensure he’s ready when conditions are at their most difficult. I don’t think there is anything magical to being good in the heat, it’s all about the preparation and the fitness that creates.

Was the heat more of an impact on Ken Roczen than he is leading on?

With Kenny’s health struggles in recent years, it’s very difficult for me to not point to the conditions. If anyone thinks that Kenny isn’t fit, you’re very wrong on that. I just think that the dozens of surgeries and immune system difficulties he suffers from take a toll on the most brutal of days. It’s not his fault and I don’t think there is much he can likely do to fix it, either.

Do you think Dylan Ferrandis clinches the title early or can Roczen make this go to the finale?

I have officially given up on the Ken Roczen prediction game. He is impossible to figure out. If I was pressed (which it seems I am), I think that Ferrandis will come out ahead this weekend and wrap it up. This is a good track for Ferrandis, and he has momentum. It’s also supposed to be 90 degrees on Saturday which tends to favor the #14 also.

How about Coty Schock?! He has had a strong season and he just earned another career best. Do you think he gets any offers by any teams for 2022?

He has been great all season long. His improvement in 250 supercross was notable, let alone his performance this summer. I do think he will get a ride for 2022 but on a 250. The question is where.

And how about some of these privateers earning new season and career-bests? Yes, several top riders are out, but this has to be exciting for some of these guys who look to finish their season strong.

Ten years from now, no one will remember that the depth of the field was thin. These riders will still be able to look back and be proud of these results. This was the same situation as 250SX this year when the field was severely depleted. I don’t think riders like Jeremy Hand, Hunter Schlosser, or Grant Harlan care that the field was thinner, they are only able to race the field that shows up. I am happy for the riders posting great results. There will be many days that the field is stacked, and they are merely hoping for a championship point. Cherish these days when the struggle isn’t quite as hard.