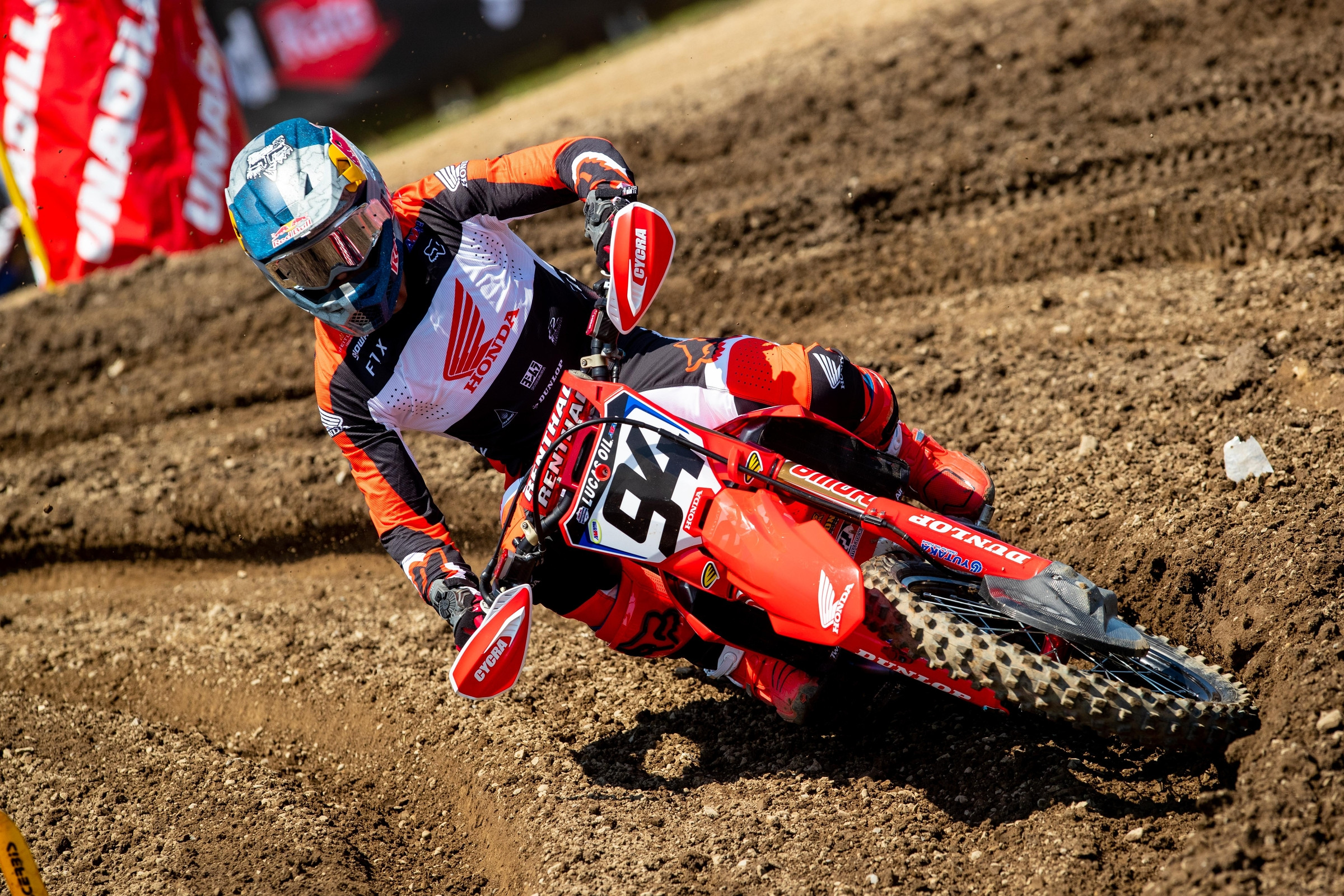 As Ken Roczen battled illness at the Washougal National three weeks ago, he also watched a close title fight had fully dip into a massive chasm. Dylan Ferrandis finished 5-1 at Washougal while Roczen went 6-10 and the Frenchman took a 47-point championship lead into the longest in-season break in years. Roczen, a former two-time series champion, had practically watched his title hopes dashed in a few hour timespan.

“I haven’t actually gotten ill like that in a while,” said Roczen on his struggles at Washougal. “I’m just not able to recover very quick anymore and it took me at least a week after Washougal to slowly feel somewhat normal.”

To have any hope at winning this title still, Roczen needed to come off this lengthy break in a big way and he was greeted with perhaps the best track to do so. When we last raced at Unadilla in 2019, Roczen was on a different planet as he qualified nearly three seconds faster than anyone else and cruised to a 1-1 performance. It was arguably the best race he had since his gruesome arm injury in 2017 and was one of those races where we saw every bit of the old Ken Roczen still in there.

“I honestly don’t know!” Roczen admitted after being asked why he gels well with Unadilla. “With these long ruts, I don’t know what it is if it’s with something that I grew up on. My track [in Germany] is clay and hard packed but when it rained it was always really good and it would get these long ruts. For whatever reason, it just suits my style and I think I set up my bike so it works well there. I definitely don’t come here thinking I’m going to be three seconds faster than everyone, but Unadilla has just been good to me.”

So, could he repeat that feat right off a lengthy break this time through? Roczen qualified fastest again at Unadilla, though it wasn’t quite the same massive margins from 2019. That didn’t seem to matter once the gate dropped in the first moto as Roczen was quick to get out front with only Aaron Plessinger going with the German. Plessinger pushed with Roczen all the way up until 20 minutes in when AP suffered a frightening crash that ended his day. Roczen cruised to the moto win and followed it up with a similar performance in the second moto as he passed his teammate Chase Sexton and took off with the win. The 1-1 performance was huge for Roczen and coupled with Ferrandis’ ever steady 2-3 scores, Roczen sliced the championship lead down to 39.

It’s still quite the gap in points, but Roczen surely would have seen any slim hope he still had in the title drift completely away had Ferrandis managed to extend his championship lead at Unadilla. Ferrandis needs to be leading by 51 points to wrap the title up early. For now at least, it appears Roczen has spoiled that premature celebration as momentum shifts back in his favor.

“My bad weekends unfortunately, like Millville was a little out of my control, but Washougal, they’re always just really bad,” Roczen said as he reflected on his championship hopes. “I need to eliminate that to get a championship. It seems like there’s always a lot of eyes on me and a lot of fingers pointed but in the end, I’m always out there doing my best and when things line up, sometimes we have a day like today and sometimes we just don’t.”

On the flipside, Ferrandis is making a habit of being by far the steadiest rider in the 450 class. Through eight motos, his worst finish is still just a fifth and it’s also the only two times the Frenchman didn’t finish on the podium in a moto. That means it’s been 14 of 16 for top three finishes so far for Ferrandis, and the ball just kept on rolling at Unadilla, even though he admitted openly on this day he had nothing for Roczen

Now that Roczen has pushed the ball back towards his side of the court, Budds Creek next weekend becomes all the more interesting. If Roczen is able to put on a similar display to what he had at Unadilla he can pull the points deficit closer to just one moto back, the pressure ramps up on Ferrandis to remain mostly flawless from here on out.