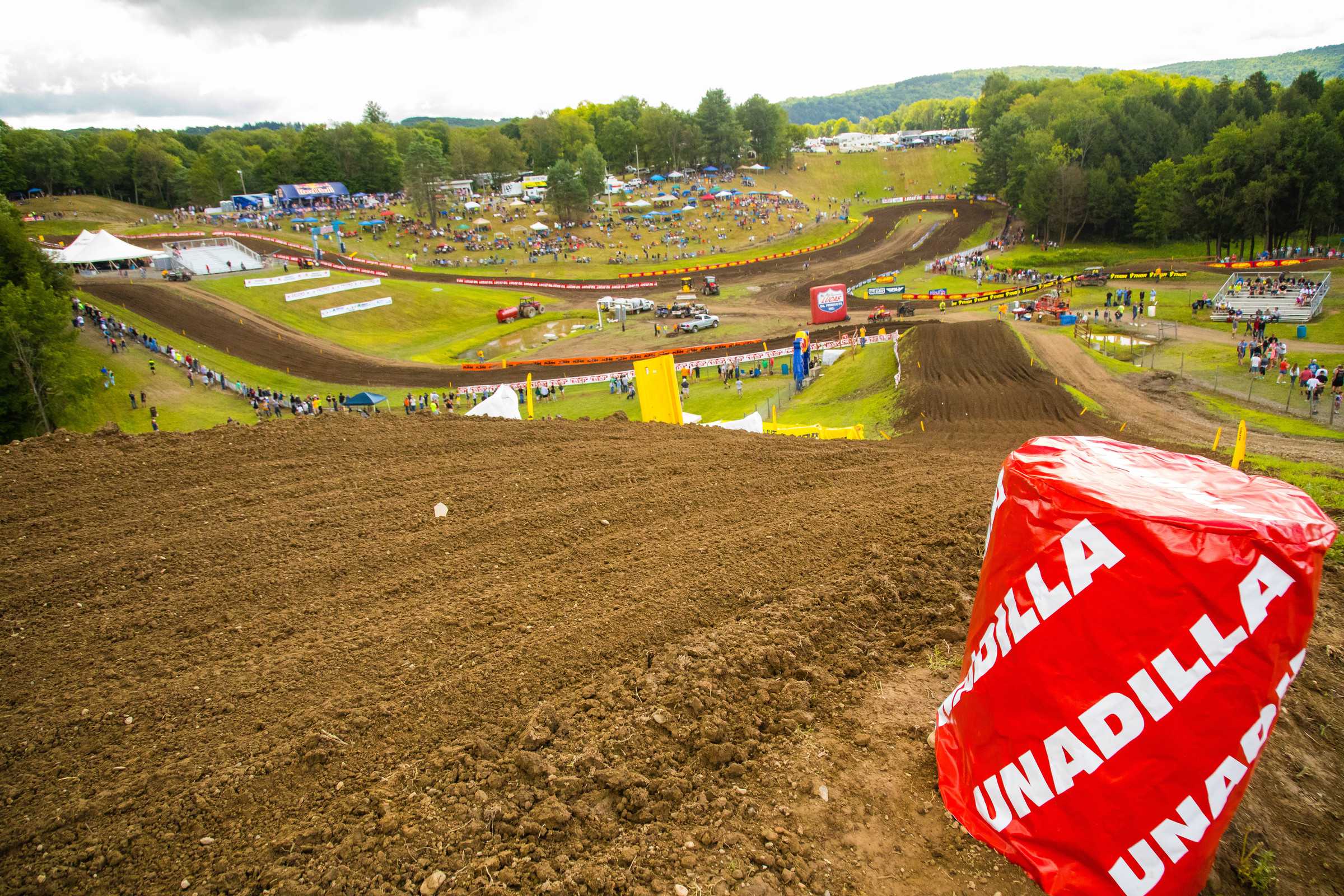 Una-effin-dilla. This Saturday we head off to New Berlin, New York and one of the most prestigious racetracks worldwide. Full disclosure, Unadilla was not my favorite track to race in my career. I struggled with the slippery surface and being pummeled by boulders was also not a great time. In more recent years, though, the organizer has done a great job of bringing in fresh topsoil to help with both of those challenges. I am not sure if it would ever top my list for tracks on the calendar, but I give them credit for making strategic improvements. With the improved racetrack, Unadilla is back to the historic event that it deserves to be.

Chase Sexton picked up his first overall win of the season when we last convened in Washougal. Many expected that first win to come much sooner but here we are. Look for continuation from Sexton as his confidence looks to have rebounded.

Marvin Musquin turned things around at Washougal. This summer has not been kind to the friendly Frenchman but there is plenty of racing left to change that narrative. He has also been negotiating a return to Red Bull KTM for months so look for news as to the success/failure of those talks soon.

Dylan Ferrandis keeps adding to his points lead and sits nearly a full race ahead of Ken Roczen. He has been fast, consistent, and in a word, dominant.

Jeremy Martin has won back-to-back rounds and while the points lead is a long ways off, he has to be feeling good about the recent return to success. With nearly three weeks off to continue healing from injuries, he might be even better over these final rounds.

Ken Roczen had a tough Washougal. It’s always difficult to dissect why Kenny is struggling because of his health concerns. When he’s on, he can win. When he’s off, though, he can give back a ton of points like he did at the last round.

Jett Lawrence is borderline for this category because he hasn’t necessarily been “bad”, we just haven’t seen the blazing speed we are accustomed to. He has been just a touch off the level he showed earlier in the season. Going into a great track for points leader Justin Cooper, he needs to bring his A game to NY.

Jalek Swoll had a big first turn crash at Washougal and was unable to finish the day. Time will tell if he lines up this weekend but that was a big bummer to what had otherwise been a breakout summer.

Fantasy is heating up! This week will see a few new amateurs enter the fray, as well as the east coasters rejoining. After 2 weekends off, riders have had a chance to rest before the final sprint to Hangtown. We have enough info by now to have realistic expectations, but I am always curious to see who makes a significant move away from their trend after an extended break like this.

In the 250’s, Levi Kitchen will have eyeballs on him after a great week in Tennessee. After running around the top ten at Red Bud, Kitchen’s 4 handicap should give a nice opportunity, especially if he can have a breakout day. Another rider to keep an eye on would be Alex Martin. He has been recovering from a broken arm, but these weeks could make the difference for him. He was running around the teens at Washougal, but I wouldn’t be shocked to see him battle for a top ten at Unadilla.

In the 450 class, there are decisions to make. Is the smarter move to stick with the factory level value riders like Joey Savatgy, Dean Wilson, Jason Anderson, Max Anstie, and Cooper Webb? There are opportunities to take more risk, though. Justin Rodbell has been improving in recent weeks but his tough outing at Washougal added a little value back to the mix. Coty Schock’s horrific luck going into Washougal pushed his handicap up, but he still has plenty of upside at an 8. Freddie Noren, similarly, regained some value after a terrible trip to the PNW.

One final note, Justin Barcia will likely be out for a few races after a big crash this week.

Justin Cooper sets the fastest lap in qualifying practice by over a second.

After the second 450 moto, I look up and down my body and can’t find any bruises or open wounds from Unadilla rocks which is a welcome change from yesteryear.

Marvin Musquin stars on Friday’s edition of Shark Tank, proposing his services to anyone with ears.