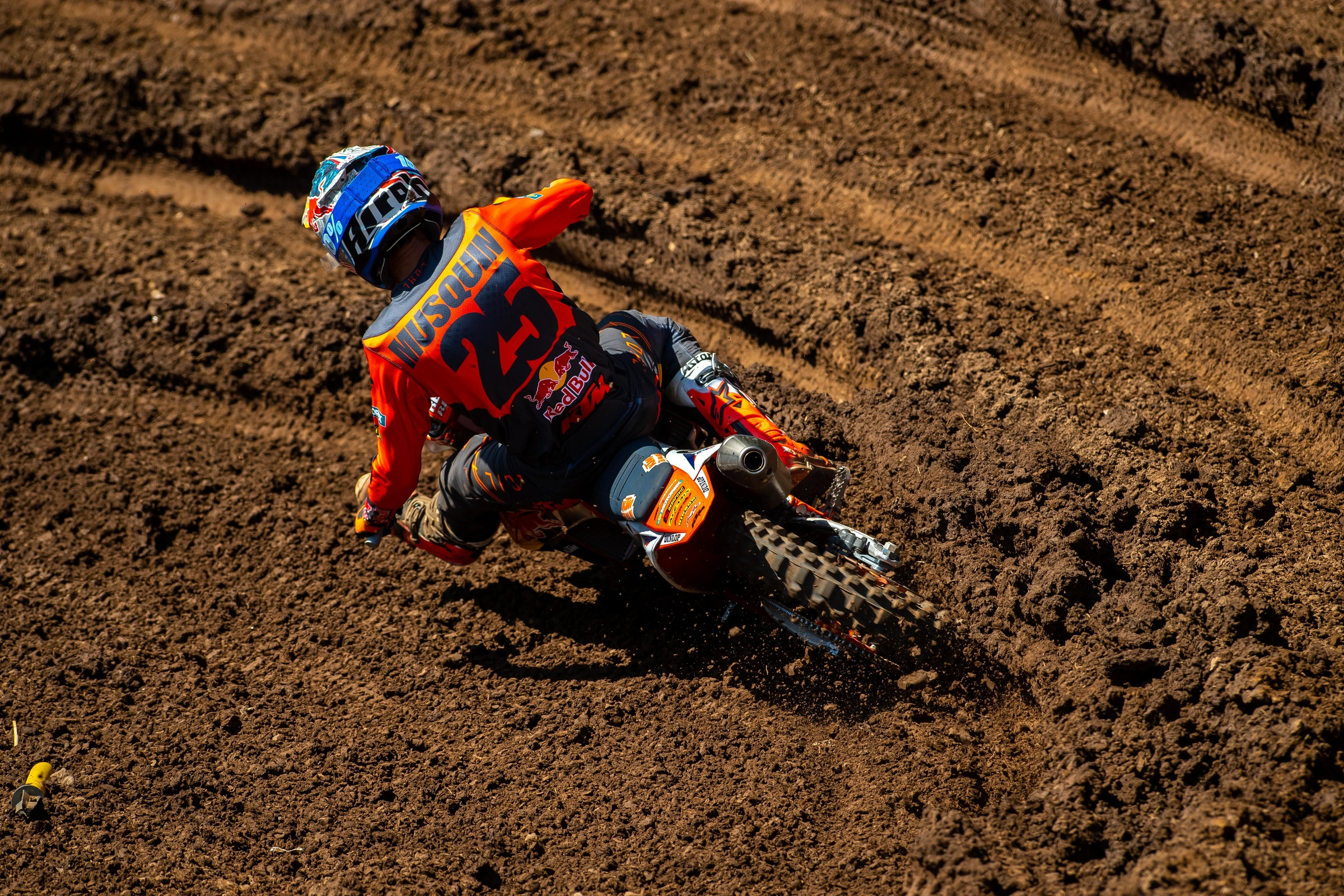 The light can be seen at the end of the tunnel for the Lucas Oil Pro Motocross contingent as just five rounds remain in the 2021 campaign. For some riders, the fight for the championship or individual goals remains a constant focus, but others are simply fighting to prove their worth to potential suitors. With some of the big-name silly season deals falling into place, there are others now hoping to find a place to land. Results over the last few races often do have an impact, so let’s talk about which riders could benefit the most from a strong finish in 2021.

Savatgy has proved his merit once again this year in the 450 class. He’s been consistent, fast, and reliable against a very tough field and has even been the second best KTM-mounted rider in the field on several occasions as he mixes it up with the Red Bull KTM Factory Racing duo of Cooper Webb and Marvin Musquin. His current Rocky Mountain ATV/MC KTM team just announced they have signed Shane McElrath for 2022 and may be looking at another option to fill the second spot. If that happens, Savatgy might once again be searching for a ride. But the factory teams should certainly take note of what Savatgy has done this year, and he could provide consistent value in terms of results. If Savatgy can put together a solid end of the season, he might get into the discussion of names looking to land a full factory spot.

For months we’ve heard Red Bull KTM wanted Marvin to return, but yet nothing has materialized officially, as far as we can tell. A few months ago, Marvin even said in a press conference that his future was secure, and he was in talks with KTM, but we’ve heard nothing since. If Marvin is still in the negotiation stage, a moto or overall win would not hurt. His outdoor campaign has been below par so far, but at Washougal we saw signs of the old Marv with a podium in the first moto. Unadilla and Ironman are great tracks for him. Does he pull out another Salt Lake City 1 performance?

Deano has not had an awful season, but he’s also not had a season that he expects of himself. The Rockstar Energy Husqvarna team has been able to field three riders over the past few years, and if that continues Dean could still have a slot regardless of what happens with the pieces around him (it sounds like Malcolm Stewart will be joining the team as Jason Anderson departs to Monster Energy Kawasaki). The Rockstar guys like Wilson a lot, but they also would like to see results. Wilson is capable of running right in the mix with the big names, but some nagging injuries and an illness have hampered him this year. In his position, it just takes one result to make a season look different. Wilson could boost his chances of maintaining his current position in the team with a few strong rides in these last five.

As discussed with Savatgy above, the team Bogle currently rides for may end up with two fresh faces under the tent next year and that leaves the 2014 250SX East Champion without a chair when the music stops. For Bogle, he’s been stuck in this position far too many times. He has shown some flashes this year that the old Bogle is still in there, but it’s been tough sledding otherwise with a best moto finish of 11th and he currently sits 14th in the standings. Fortunately for Bogle, some of these upcoming rounds have been good to him over the years and a top five or two down the stretch could be huge. It might seem like a long shot, but Bogle has been in this exact position and then scored some results in the past.

The Brick, New Jersey native’s rookie 450 season has been a bit of a roller coaster. After things didn’t ever seem to really gel for him in Monster Energy Supercross, he’s found some stability in the 450 class of Lucas Oil Pro Motocross. With a best result of 11th that he’s put up twice and some more flashes of strong pace and sprint speed, Hartranft has turned 2021 around outdoors. There are rumors that his teammate Max Anstie will be departing the Twisted Tea/HEP Suzuki program (our Steve Matthes is reporting that Anstie could end up as McElrath’s teammate at Rocky Mountain ATV/MC KTM) so now would be the time for Hartranft to step up and prove his worth to keep a spot with HEP.

Schock has been nothing short of a shock in 2021. His supercross skill greatly improved and he has been a staple among some big names in this 450 class for most of Lucas Oil Pro Motocross. He seems to fit in well with the FXR/Chaparral Honda program and credits a lot of his success to working with former racer turned mechanic Tony Archer, so it appears the writing is on the wall for him to continue with his current program. But he’s also been landing in some discussions like, “Why would a factory 250 program not take a chance on him?” Either way, it’s been a great 2021 for him so far and that sort of talk will only get louder with a stellar second half of Pro Motocross.