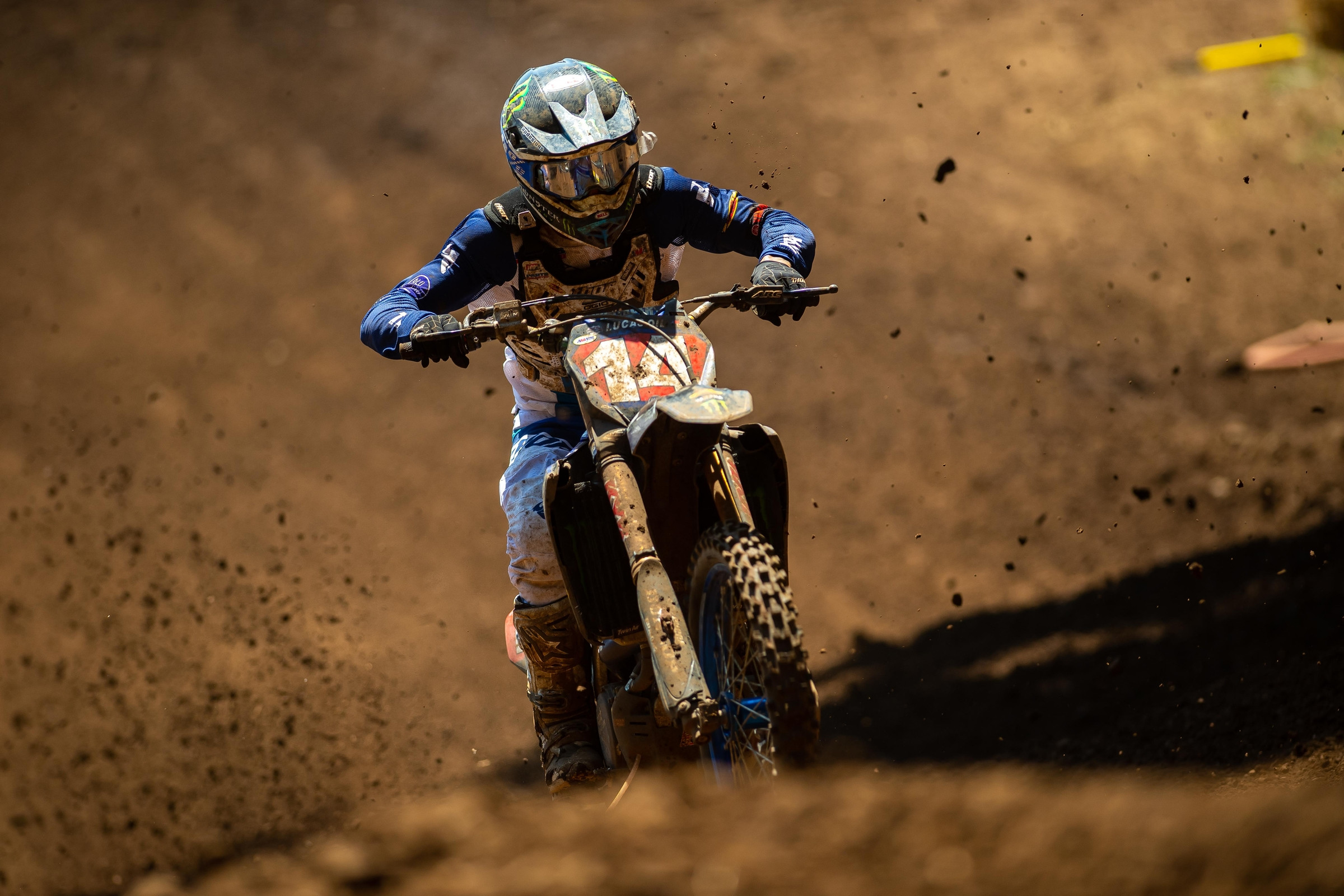 In one day of racing at a Lucas Oil AMA Pro Motocross Championship event, 50 points sit on the table for the taking. In the event that a rider goes 1-1 and completely dominates by miles on any given day, they can still only walk away with 50 more points than they entered that day with. That number, 50, looks really good if you’re Dylan Ferrandis right now. With just five rounds of this 2021 Lucas Oil AMA Pro Motocross Championship remaining, Dylan Ferrandis commands a 47-point lead on Ken Roczen and a 54-point lead on third place Eli Tomac. If Ferrandis is able to tip that lead to over 50 points in the next four rounds, the Frenchman could even wrap up this title a round early in his rookie year.

What’s probably the most alarming about this list is that Ferrandis’ situation puts him up there with some of the most dominating seasons in recent memory. James Stewart’s perfect season in 2008, Ryan Dungey’s first two 450 class titles, and Ricky Carmichael’s 2006 title are outliers as all four seasons were being handled by the respective riders. But when you realize that Ken Roczen’s mammoth 2016 and Ferrandis’ 2021 return the same result, it’s quite alarming. Roczen had won 11 out of 14 motos by this point in the season, whereas Ferrandis has just four motos out of 14 claimed.

The three times riders leading with five to go have not gone on to win the title are 2018, 2011, and 2007. However, 2018 is arguably the only time an injury didn’t come into play among those years. After the seventh round of 12 in 2018, Marvin Musquin had just narrowly taken the points lead away from Eli Tomac by three points after Tomac went DNF-9 at RedBud. Tomac promptly took the points lead back the very next round and never looked back.

If you go back to 2011, Chad Reed held a six-point advantage on Ryan Villopoto after the seventh round. But the moto that led into this points situation also gave Spring Creek MX Park a new name for their jump after the whoops; “The Chadapult.” That’s right, Reed had just got done soaring through the air without a bike and promptly gritted out a 14th to maintain a six-point advantage that he would relinquish to Villopoto at the very next round.

In 2007, the craziest set of circumstances commenced. James Stewart had a 24-point advantage on Ricky Carmichael with five rounds to go. Carmichael was almost done with his retirement tour and did not take the championship seriously, having not raced rounds six and seven to that point. At the very next race at round eight of the championship, Stewart completely destroyed his knee at Washougal and withdrew from the remainder of the series. Carmichael won the next round at Spring Creek, which was also the last Pro Motocross race of his career, and then promptly retired only 20 points behind new championship leader Tim Ferry with three rounds to go. Ferry couldn’t hold it together through the last three rounds though and Grant Langston came through to claim an unlikely title. With five rounds to go, Langston was 52 points down of Stewart, and still won the title.

That situation is nothing like what we have on our hands in 2021. Dylan Ferrandis has been the model of consistency in 2021, which is something that nobody else has been able to match. Could Ferrandis dab his knee wrong at Unadilla in a couple of weeks? Of course, but it’s not something that appears likely out of Ferrandis. While nearly everyone else in this championship has had bad or off days, Ferrandis’ worst moto finish has been fifth and both times he’s finished there after having to work through a lot of the fast guys.

As recent history shows, Ferrandis has put himself in a tremendously good position points-wise with five to go. Barring a complete disaster, it appears that this is his title to lose.