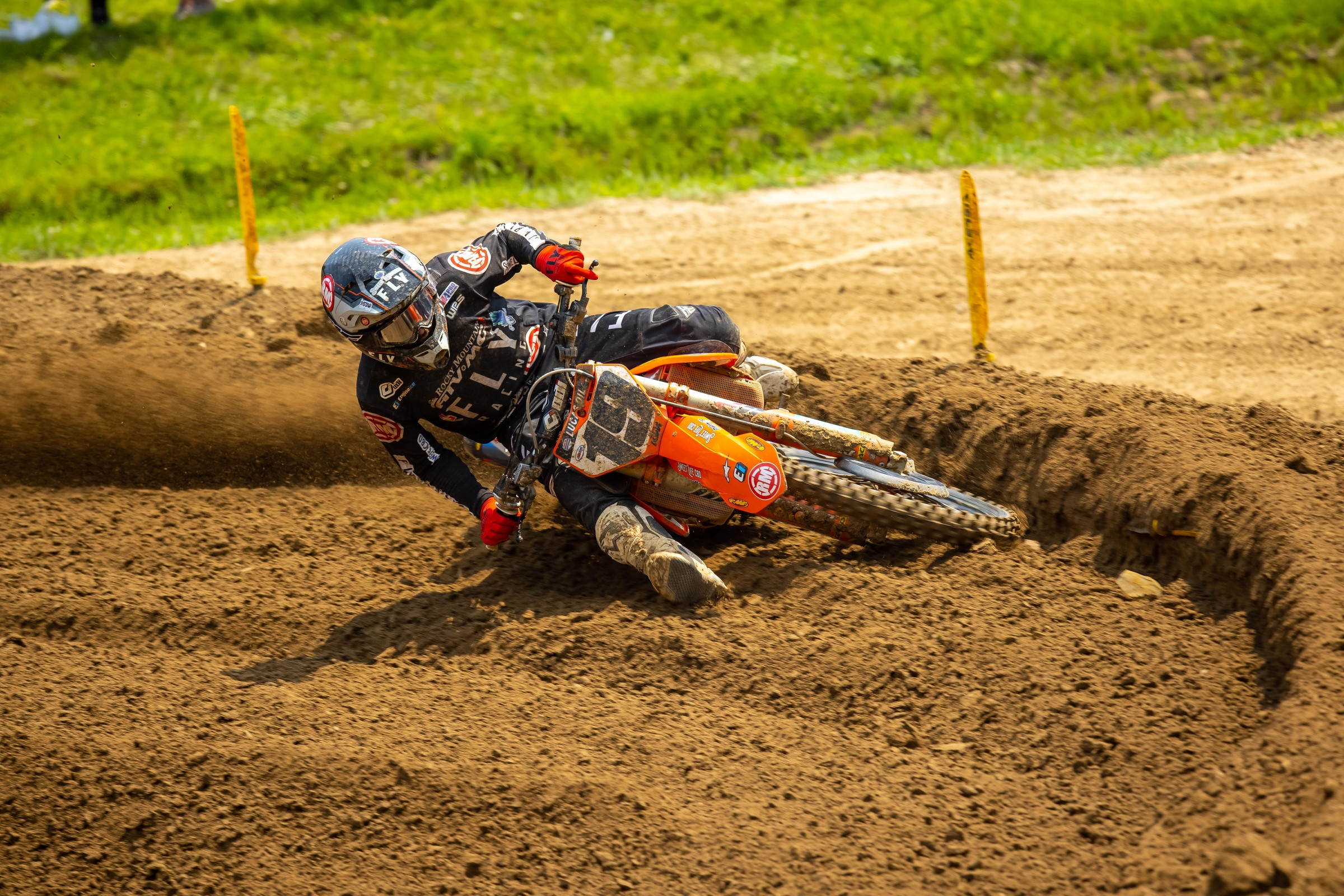 It’s no secret that Justin Bogle hasn’t had a great 2021 supercross or motocross campaign by his standards. The Rocky Mountain ATV/MC-KTM-WPS rider currently sits 14th in points and his best moto finish to this point is an 11th at the second moto at Thunder Valley. At Spring Creek MX Park over the weekend, Bogle finally was able to rip a good start in the second moto and ran with the leaders for a good while before hitting a bit of a wall by the midpoint of the race. Still, he showed there’s some solid pace still there and it’s just a matter of putting the pieces together. We spoke to him after the race about his day and how he views his season as a whole so far.

Racer X: You went 14-14 for 14th we think? Consistent. Are you happy with that consistency or are you looking for more still?
Justin Bogle: Absolutely not. I was pretty pissed off all day, to be honest. I was struggling. I’ve been so frustrated lately. Struggling with some stuff. I just don’t know, man. I made so many changes after practice. I had a different engine package, different chassis stuff, all kinds of different stuff. So, I was more comfortable. I felt pretty good riding-wise. Second moto I was running up front for a little bit. Felt comfortable. I wasn’t sending it, really. I felt just good there. I was trying to conserve a bit, but I hit a wall so early in the race. So, I don't know what’s going on there. I’ve got some things to figure out this week, that’s for sure, because that was… I wouldn’t say embarrassing because I did my best. What else are you going to do? It’s frustrating though because I work my ass off. I work hard, man. So, I don’t understand why I’m struggling, but whatever.

You got a start in the second moto finally. I feel like you’ve been kind of searching for a start. Is it one of those things where this whole time you felt like, man, if I could just get a start, I know I’m good enough to be up there every time?
Yeah. I don't know. I don’t really struggle with that side of things. I always feel like, you never know. If I holeshot, I could pull off a third. Who knows? Even when everyone else is like, “Dude, this guy is getting 14th…” I’ve always felt like that. I don't know if I just spent a lot of my life up front growing up, so I refuse to believe that I suck at this point, even if the results say otherwise. So, I felt like that for sure, but I haven’t got a good start in a couple years, dude. I made a bunch of changes for today and I came off the track and I was like, “See? Let’s go, baby! That’s what I’m talking about. We got some HP’s under that bad boy.” I came into that first turn bumping elbows at the front for once. It was good. We’ll get there. I’ve just got to figure out what’s going on.

Is this a day, though, that you figured some stuff out settings-wise, so moving into the second half of the season, do you feel more confident about the bike and everything underneath you then?
Yeah. I definitely do. I’ve just been struggling. I’ve been really frustrated, not really knowing what I want. I know what I want. We all know what we want. I know exactly what I want, but it’s hard to get it. It’s hard to put that into words and get it. I’ve been in Florida a lot, so it’s harder to test when you’re in Florida. So, it’s just been a little tough, but we got a lot of stuff for this weekend that I tried just different. I went back to some stuff from last year. I actually went back to the old notes and pretty much ran my setup from last year on today. So, we’ll see. Sometimes you chase your tail, and you end up in a bad spot, but I’m feeling better about things. Like I said, I think if I had the fitness to go longer than 15 minutes I would assume, keeping that pace that I was at, that I could finish up front somewhere. So, whatever. Coulda, shoulda, woulda. Obviously don’t mean nothing, but I got to hold my head up. I’ve got to go home and hold onto something because I can’t go home thinking I just got 14th and got my ass whooped because that ain’t no fun.

So, is it one of those things where you’re training at Compound 83 with Joey [Savatgy] and now Cooper [Webb] and the Lawrence brothers and stuff like that where during the week, you feel like you fit in with them obviously I’m sure a little bit to a degree, and then you come here and you’re maybe a little bit left confused why you don’t have that same feeling?
Yes. At first, they were so much faster than me at the practice track. I’ve been trying to find some speed. I’ll say that. I’m not the fastest guy at the track right now. But at the same time, I’m like, “Okay, I’m not really there yet.” I’m chasing some comfort with settings and just all that stuff. So, yeah, but at the same time, I ain’t that far off. Then when I come to the track to the races, my whole life I’ve just been a racer. I didn’t practice much growing up. I raced every week, though. So, I’ve always been able to pull it together when the gate drops, and I’ve been struggling with that, even. This thing is a frustrating, bumpy, malfunctioning roller coaster at times for a lot of us. The thing is you’ve just got to rodeo that thing and hang on and just keep on keeping on. At some point, the ship is going to turn around. It always does. Like I said, I refuse to believe I just suck, so I’ve got to figure it out, man. Too many people honestly have put their neck out for me and believe in me for me to just suck. So, I’ve got to figure it out, man.