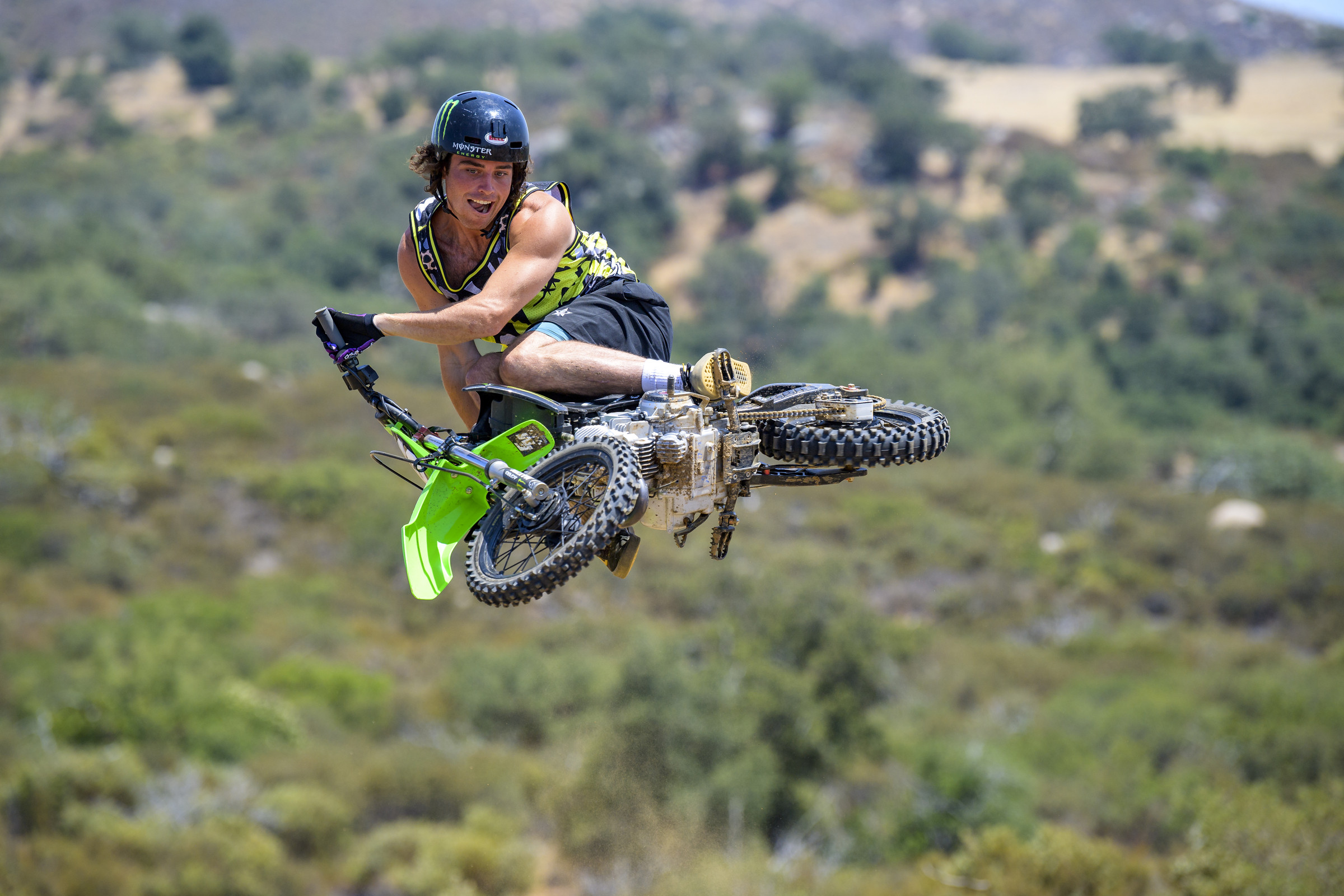 ESPN’s X Games is back for 2021 using a different format—instead of public events in front of spectators, star athletes opened up their compounds to create big playgrounds as competition stages. Axell Hodges Slayground hosted all the Moto X events. Here are results and recaps for each event.

The second day of X Games 2021 competition moved to Axell Hodges’ Slayground for all Moto X competitions. This year, Slayground played host to Moto X Best Whip, Best Trick, Freestyle, QuarterPipe High Air and the new 110s discipline. The event is closed to the public with no spectators in attendance throughout the week.

Bringing Moto X Freestyle back outside for the first time since 2016, the Slayground Freestyle course is nearly double the size of the indoor courses riders have hit the past three years. After missing 2019 due to injury, Luc Ackerman returned to X Games ready to throw down. Ackerman moved into first place with his first run, which included a flat 360, massive double backflip, a flair off the quarterpipe and nac double backflip. Josh Sheehan moved into silver medal position with his first run, which included a no-handed superman into a 360, a huge kiss of death flip and then a double backflip. Despite recovering from a recent ankle injury, X Games Minneapolis 2019 gold medalist Rob Adelberg took bronze, knocking Rinaldo off the podium with the final run of the competition.

In Moto X Best Whip, the Elimination trimmed a field of eight to just four riders, who then had a four-minute jam to land their best whips in the final. Tom Parsons, who impressed the judges by whipping both directions, added his fourth Best Whip medal, and his second gold. The top qualifier in the elimination round, Genki Watanabe earned his third X Games Best Whip silver medal. X Games Minneapolis 2019 Best Whip gold medalist Tyler Bereman took home the gold.

Slayground’s own Axell Hodges took gold in the first-ever pit bike discipline at X Games, Moto X 110’s. Colby Raha appeared to be in the lead for much of the jam session before Hodges threw down cancan landers, suicide no-handers stretched so far that he touched his hands behind his back and moto x 110 manuals over the rainbow in his final run to take the top spot.

One of Moto X’s top competitors, Rob Adelberg once again found himself on top in Monster Energy Moto X Best Trick. After settling for bronze earlier in the day, Adelberg came back hungry and threw down an no-handed frontflip to take gold. This marks Adelberg’s 13th medal at X Games and fifth gold. David Rinaldo and Harry Bink took silver and bronze, respectively, with all three of the top scores above 90.00.

X Games closed out the day of events at Slayground with Monster Energy Moto X QuarterPipe High Air. Three-time QuarterPipe High Air medalist Colby Raha went full throttle out of the gate, setting a new height record with a 40’9” air in his second run. Rival Axell Hodges was chasing that mark the rest of the competition, coming closest in his final run with a 39’2” air and settling for silver on his home turf. Tyler Bereman earned his second bronze of the day with a height of 37’.