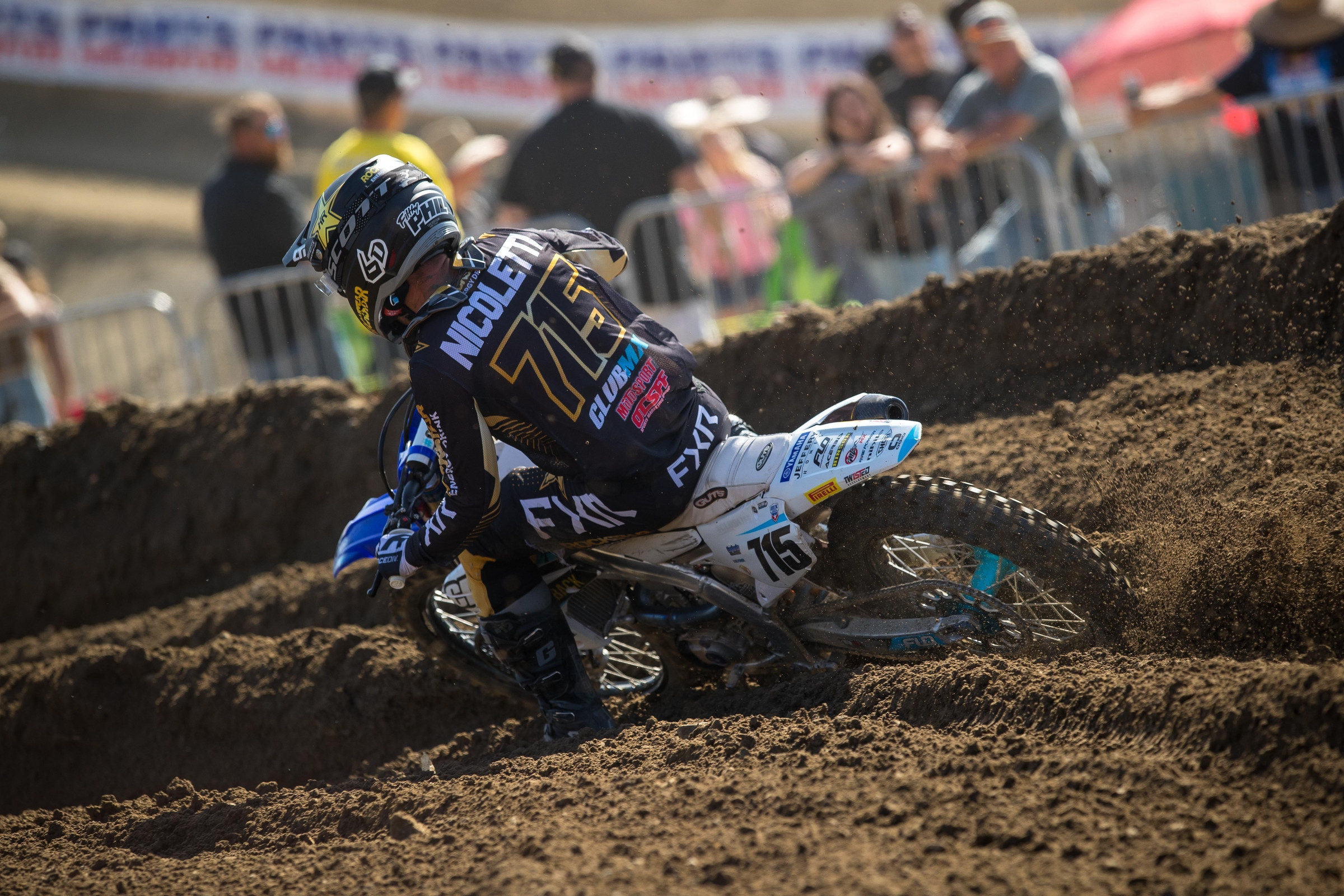 So Phil Nicoletti is now out of the Lucas Oil AMA Pro Motocross Championship with a torn ACL. We hear our man still headed to Millville, Minnesota, for the weekend and is already in Minnesota arguing with Alex Martin. You can almost hear him yelling at Troll Train right now!

Luckily, Phil has a distraction from bagging on Alex: questions from you. Do you have a burning question you want to ask Phil? Send your question in to phil@racerxonline.com and Phil will be glad to answer.

Phil,
Dude, a torn ACL!? Say it ain’t so. I’ve been lucky enough to avoid knee injuries through the years. When I see an NFL or NBA player tear an ACL, they hit the ground like they’ve been shot and get carried off like they’re waiting for a Purple Heart Medal of Honor. They’re in all this pain! I’ve never understood how a rider can try to ride through a torn ACL—or even attempt to, as you did. Why does a stick and ball guy go into the fetal position in pain, and you don’t? Does it not hurt that bad or what? Explain what this deal actually feels like.
Hinge Joint

Hinge, I’m glad you’ve escaped knee injuries. I unfortunately have not! I had a full knee reconstruction on my right knee back in 2009. I went a full year without an ACL back then, but just ended up creating more issues. This time I’ll be smarter on my decision making. The ACL itself doesn’t hurt much, just causes swelling. But the medial meniscus tear and lateral meniscus tear, that’s what drops me to my knees. I had injured it in practice before RedBud but of course like most moto guys, we think we can make it happen. Obviously, it wasn’t possible. Especially when you’re already thinking about not dabbing your foot or twisting it. Stick and ball sports are a bit different when it comes to knee stuff. NBA/NFL players rely on the ACL a lot as far as stability and pivoting. If a moto guy has strong legs (quad/hamstring/calf) and a CTI brace strapped up tight, you can potentially make it, but you open yourself to a lot of other potential problems. Moto athletes’ knees are a tad more isolated than other stick and ball athletes. Moto guys think they can get away with it thinking they won’t dab their leg or twist it again, but that’s inevitable. Stick and ball players are out instantly with an ACL injury because they can’t cut and sprint with fast twitch movements when their knee that unstable. That part I get, but the dramatic factor when some of those guys get hurt is NEXT LEVEL MENTAL.

Phil,
Do you seriously have any explanation for Eli Tomac in Moto 1 versus Eli Tomac in Moto 2? I’d assume a rider would just be more tired for the second moto, but he seems stronger and fresher. Is that actually possible? Do you loosen up or something? Any other ideas? Does John Tomac just shove a clip shoe in Eli’s keister, WITH the pedal attached?
Mike

What’s up Mike? Eli is a freak of nature. End of story. Some of the clinics he has put on through his career are next level. Believe me I know, because I was there for the schooling. Then there are Eli’s moments where he’s fumbled like a local C rider, and it leaves you baffled. Most people call it “being in the zone” but with Eli it’s like the freaking matrix! I don’t even think Eli knows what happens. His dirt bike fitness has always been unreal. I don’t think a set of mountain bike shoes up his keister would do anything. I believe it just comes down to the flow factor. I think with the level of the 450 class at the moment, if he’s 2 percent off of his peak performance, he finishes sixth. That’s just the way it is right now.

Phil,
Can you please play team manager for ClubMX at the races for the rest of the summer? We need you around for both the material and the comedy.
P.S. DO NOT ask for tickets.
Weege

Weege,
I wouldn’t mind the team manger part to help fill in a bit. It’s something I would actually entertain for the post moto career if it made sense. I’ll be at Millville this weekend, visiting the FXR boys in Minneapolis. So, I’ll hang around for the race this weekend. Hopefully I’ll get a head set and I’ll be able to say how I feel about things. You know how I am—I’ll keep it positive and encouraging and really help swell everyone’s confidence. Anyway I can help the guys out! As for you, Weege, don’t come around the truck trying to get inside knowledge for your TV broadcast. This week, just make sure you get Eli’s fast lap when decides to throw down mid moto!