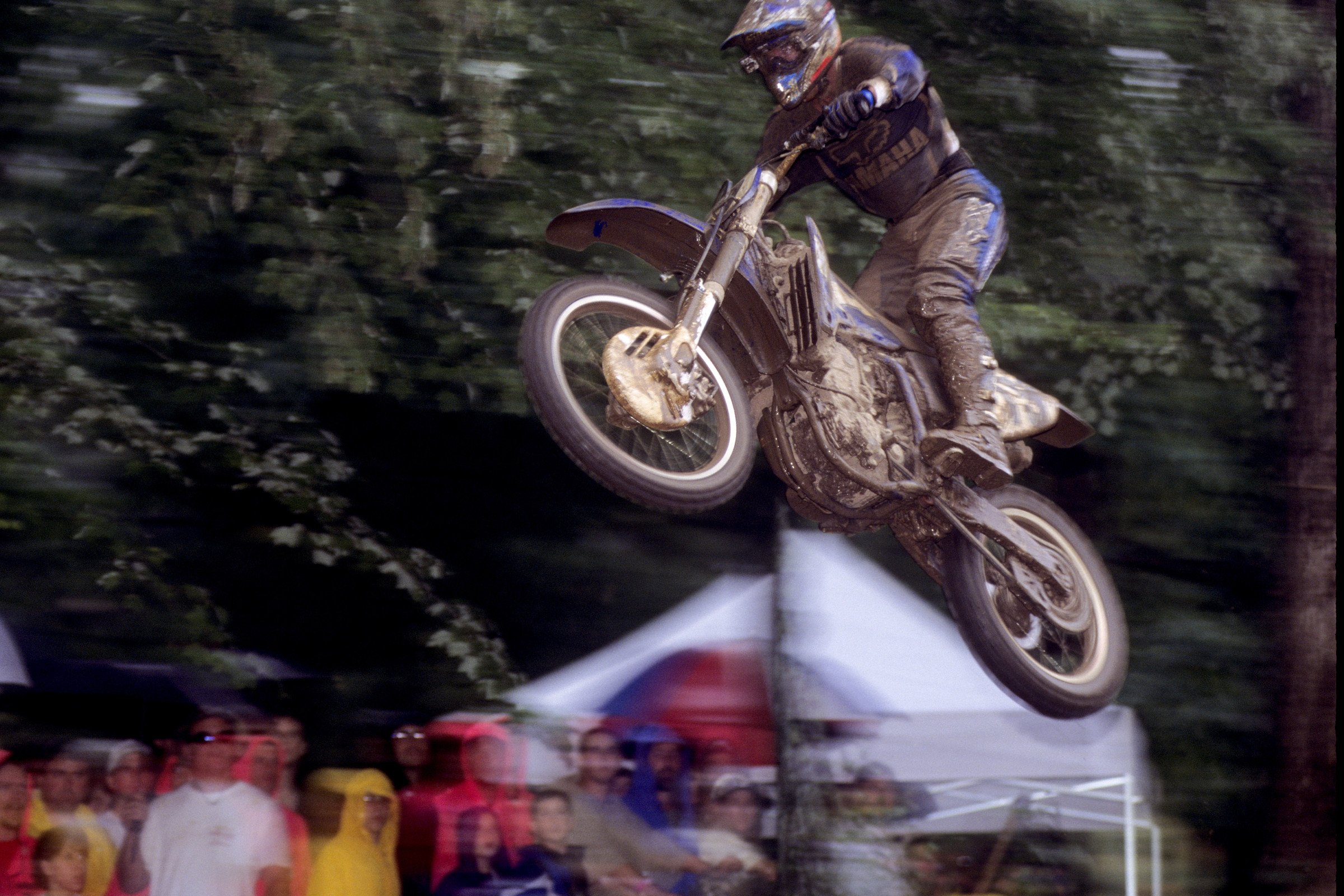 “I remember a lot of times at Southwick literally feeling the hair on the back of my neck standing up, whether it was on the parade lap, or before the start, or late in a moto when I had some kind of a good race going,” says John Dowd. “I’m telling you, the fans were so loud and into it. Hot days, cold or raining, they were loud and boisterous. And it really helps you! In those waning moments of a moto when you’re like, ‘I don’t know if I can pull through,’ it really helps you keep going in those moments.”

That’s often the story of Southwick: the local product with track knowledge and fan support trying to hold off the best and win the home race. The Southwick National is littered with tales of locals shocking the superstars, and names like Pat Barton, JoJo Keller, Tony LaRusso, Scott Carter, Robbie Marshall, and many more have indeed run up front at this race. For the NESC faithful, though, two riders stand above. John Dowd and Doug Henry went on to win the local races, then become top privateers at the national level. They would eventually get factory rides, and then race wins and titles. When the AMA Motocross Nationals would come to Southwick once a year, they were ready to win, not just to keep the local fans happy, but to help their own cause in trying to win national championships. Henry won the 125 class at the Southwick National in 1993 and 1994—and he would win the 125 National Championship in both years. Dowd was always a little star-crossed at the track, until 1997, when he won the 250 class and ignited a surprise title run against Jeff Emig.

The 1998 year was a little strange. Dowd finished second in the ’97 250 National standings for Team Yamaha but was sent went back down to the 125 class for ‘98. Young superstar Kevin Windham was moving to the 250s, so the team had an opening in the 125 class and Dowd was happy to fill it and keep his factory ride. He would win the 1998 125 West Supercross Championship, but outdoors he would have to battle Ricky Carmichael if he wanted a shot at a title.

Henry was Dowd’s teammate at Yamaha. He was in the 250 class, but riding Yamaha’s new YZ400F four-stroke. Henry debuted a version of that bike in ’97, on the hand-built works YZM400. Yamaha put four-stroke motocrosser into production in ’98, and Henry was contracted to ride it. We know now, 20-some years later, that four strokes would eventually take over. In the summer of ’98, no one, not even Henry, was sure.

“I never know what I’m coming into when I come into a race,” said Doug Henry on a recent episode of the Leatt Re-Raceables Podcast. “I know when I come to Southwick I have a better chance of winning, I know the track and I know how my body is going to react to racing 30 plus two at that track. But everything is a mystery with that four-stroke, especially in the first year. They were definitely heavier. I really didn’t know how my body would respond to 30 plus two on a four-stroke under pressure against the world’s best.”

Plus, the team and rider didn’t have any data with a four-stroke at Southwick. Henry didn’t race Southwick in 1997, he was there, “cheering on John Dowd with two broken arms.”

NESC locals can say it’s surprising to see Henry cheering on Dowd. At one point they were fierce rivals battling for the local race wins. Fans were often divided—you were a Dowd guy or a Henry guy.

“I think that came up through the amateur NESC ranks,” says Henry. “It was John and I battling all the time. I kind of took off and started chasing the nationals a little bit earlier than he did. He was home racing NESC and winning and winning, then I would come home and racing a local, and we would have some battles. He definitely taught me how to be strong the entire moto. I think once we became national-level riders, I think that’s when everyone jumped on board. These guys, we want them to win no matter what.”

In the 125 class, Dowd could deal with Carmichael on a muddy day at The Wick. This was classic rugged New England weather, and Dowd had logged lots of laps in it. He grabbed the early lead in moto one, and then Carmichael’s Pro Circuit Kawasaki KX125 blew a head gasket in the gnarly conditions. Not only did Dowd score the moto win, but he picked up a full 25 points on RC, who took on the first DNF of his outdoor career. Moto two was the real statement, though. RC was back and his bike was fixed, but Dowd beat him straight up. Carmichael certainly could ride sand, but on this day Dowd’s Southwick experience—including all those tough local motos trying to beat Henry—was enough to even overcome The GOAT.

“I kind of feel like Ricky picked up where Doug Henry left off,” says Dowd. “I was like, ‘Man, what do I need to do to beat this guy?’ But I was fortunate, it helps you elevate your game, and I was just fortunate to be able to battle guys like that. I wouldn’t trade those memories for the world.”

In the 250 class, the field was pretty wide open. Jeremy McGrath led the points early that summer until a wrist injury ended his season. Jeff Emig was the defending champion but was mired in a season-long slump. Who would take control of the series? Henry, on the four-stroke. He went 1-1 in the 250 class, holding off strong challenges from Team Honda’s Ezra Lusk to snag a key win. He would leave as the new points leader in the 250 class. And thanks to Carmichael’s DNF in 125 Moto 1, Dowd left the race holding the points lead in the 125 class. Yes, the two local products both swept the motos on the same day, racing for the same team, and left holding the championship lead in both classes. For the New Englanders, it doesn’t get any better.

“I think that night we went out to that big steakhouse in Southwick for dinner,” said Dowd. “I just remember staying at the track for hours and hours. It was just something you’d never dreamed of—I remember just even getting that ride with Yamaha. I was always kind of too old for what I was supposed to be doing. I managed to shoehorn my way in there for so many years. I couldn’t believe it was happening.”

“I really do feel like I got lucky,” says Henry. “I feel like it was a combination of work ethic, training and meeting the right people at the right time. That’s how I found the success I had.”

Henry would go on to win the 1998 250 National Championship. Dowd would finish second in the 125 standings to Carmichael (hey, that’s about the limit of what a mere mortal can do).

“It was quite the week of racing, but like everything else, it’s short lived,” says Henry of Southwick 1998. “You experience it, you live it, you’re blown away by it. It’s kind of like a surreal thing. Then you have to put your head down and you have another race to go to. It was awesome—it was a great day for me, for John, for New England in general. It was a great day that I will never forget.”

Listen to the full 1998 Southwick National Leatt Re-Raceables Podcast below.