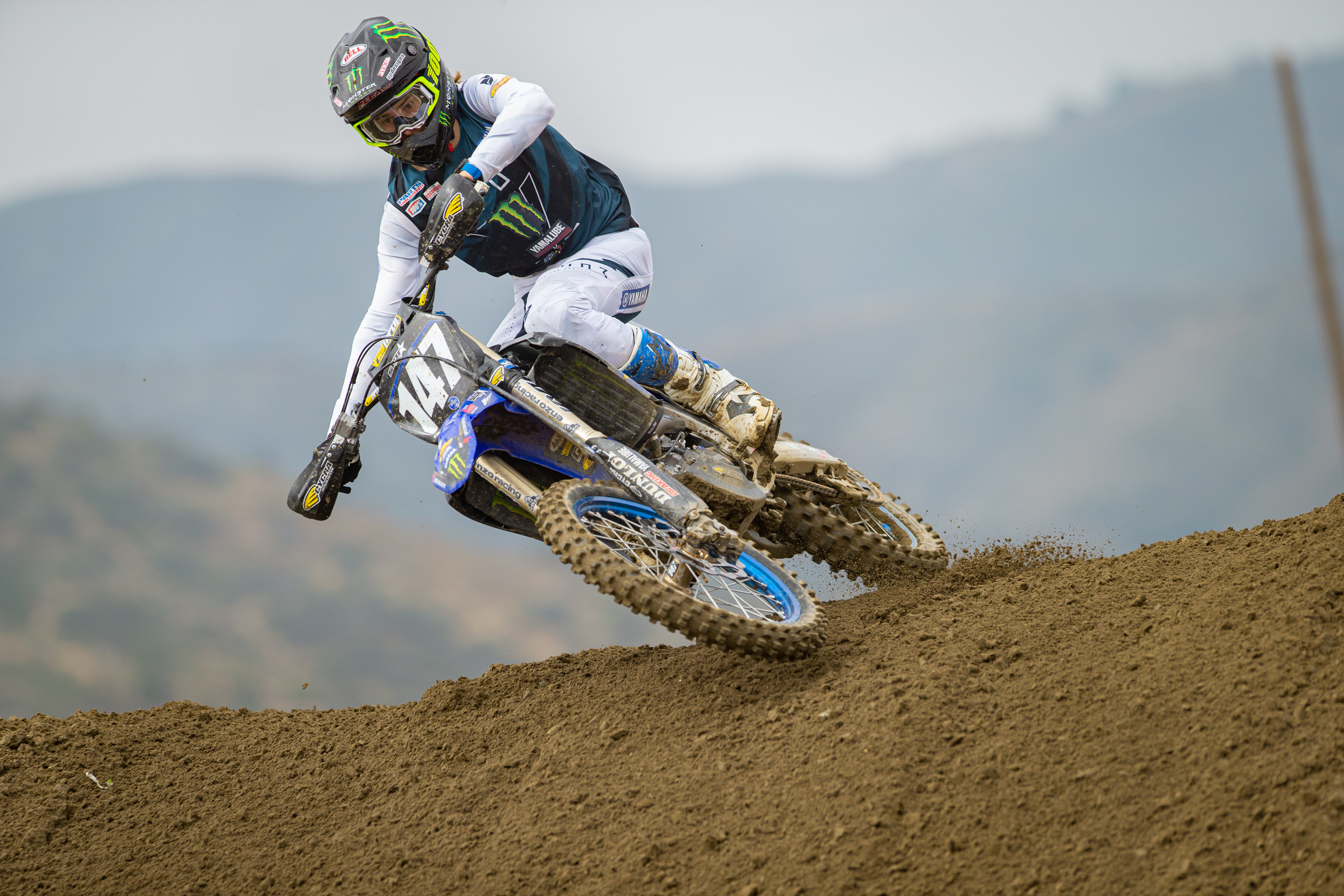 Monster Energy/Star Yamaha Racing has announced amateur Levi Kitchen will be making his professional debut this weekend at the RedBud National round of the Lucas Oil AMA Pro Motocross Championship. The Washougal, Washington, native raced with the Rock River Yamaha team in 2019 and 2020, the latter was when Kitchen burst onto the amateur scene.

At the 2020 Monster Energy AMA Amateur National Motocross Championship at Loretta Lynn’s Ranch, the #47 went six-for-six in his motos in the 250 B Limited and 450 B Limited classes. He earned the 2020 AMA Amateur Motocross Rider of the Year Award for his performance at the ranch (winning each moto by an average of 32 seconds). The Yamaha rider continued to put in solid results at the THOR Mini Os when he moved up to the A classes against some of the top amateurs in the country and added six total #1 A plates to his name, as well as the Dunlop Silver Tire Award.

"Well, back in 2018 before Loretta’s, I had a work belt on with my dad, going to be an electrician for him sometimes!" he said in an interview following Mini Os. "So at that point I really didn’t know what my plan was and I started feeling doubts, like I didn’t know if this was really for me. When I went to Loretta’s in 2018, I mean, I literally went straight from the couch. I went from helping my dad and I would maybe ride once on the weekend, I was out of shape, I really didn’t have any sort of a program and then I went to Loretta’s and somehow got second, I don’t really know how! [Laughs] So it definitely shocked me."

Kitchen continued to train at the Real Deal Training Facility in Louisiana, and then came his breakout rides and a deal for the future. In December 2020, Kitchen signed a deal with the Monster Energy/Star Yamaha Racing team. He posted the following on Instagram announcing the deal:

"Haven’t really said much about what is going on but after mini os i got the best phone call of my life!🙌🏼 Excited to be working with @starracingyamaha
Shoutout to everyone who has brought me this far, wouldn’t be where I am without y’all❤️"

Check out the following photos and video of Kitchen training with the Monster Energy/Star Yamaha Racing team in early June.

Kitchen has qualified for the Monster Energy AMA Amateur National Motocross Championship but is exercising his ability to race professionally before competing at the ranch one final time this August. Riders are able to compete in pro races while still remaining eligible for the AMA Amateur National Motocross Championship because of the following rule:

A. RIDER ELIGIBILITY AND CLASSIFICATION

1. The following professional licensed riders (motocross or supercross) are not eligible to participate in the National program:

2. The following professional licensed riders are eligible to compete in the Open Pro Sport and 250 Pro Sport classes only:
a. Riders competing in the Final 40 in Pro Motocross (250 or 450 class) in the current or previous year; Provided, that riders may earn up to 40 Pro Motocross points (250 or 450 class) in the current year, so long as they did not compete in more than 3 professional motocross events prior to the Amateur National.  The total number of points earned applies at the time of the entry of the professional motocross event, not after.

With the recent rule put into place, this move of racing a Pro Motocross event or two before racing at the AMA Amateur National Motocross Championship is something we might see more often soon (KTM rider Jack Chambers exercised this rule recently at the High Point National, where he made his pro debut ahead of Loretta Lynn’s).

Star has announced Kitchen will race the RedBud National, then head to the ranch for the final time before competing in the remaining five rounds of Pro Motocross.