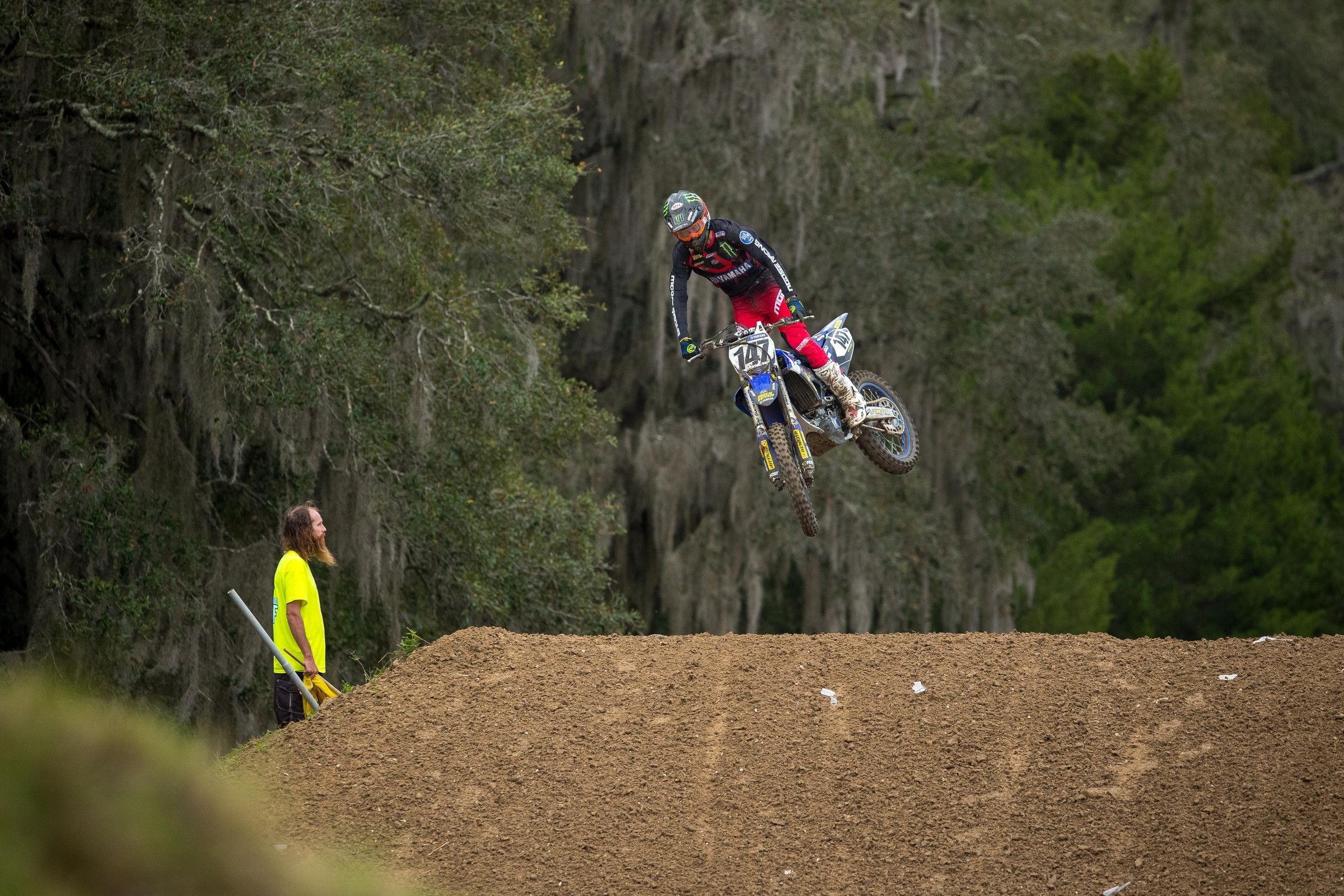 Within the last year, Levi Kitchen has become one of the brightest stars on the amateur scene. Kitchen told me last week in an interview he went from working with his dad and literally coming off of the couch to race at the big amateur events to moving to Louisiana to train and put in the work. It was time to make a real run at making it as a professional motocross racer.

"Well, back in 2018 before Loretta’s, I had a work belt on with my dad, going to be an electrician for him sometimes! [Laughs] So at that point I really didn’t know what my plan was and I started feeling doubts, like I didn’t know if this was really for me. When I went to Loretta’s in 2018, I mean, I literally went straight from the couch. I went from helping my dad and I would maybe ride once on the weekend, I was out of shape, I really didn’t have any sort of a program and then I went to Loretta’s and somehow got second, I don’t really know how! [Laughs] So it definitely shocked me."

Kitchen said he knew he needed to make a change, so he packed up and moved from Washougal, Washington, to Louisiana to train at the Real Deal Training Facility.

"I live by the motto, 'Hard work beats talent when talent doesn’t work hard,'" Kitchen said last week. "There are guys that have no talent on a dirt bike and they grind it out all their life and those are the ones that come out on top. But I feel like if you are also naturally gifted at dirt bike or whatever sport it is, if you work hard at it as well, you’re going to be the next big thing as well."

Now Kitchen is living by the statement. After moving to Louisiana, Kitchen jumped up from 125cc bikes to 250F and 450 models and got to work. Only one year later, he claimed the 450 B Limited motocross and supercross titles at the 2019 Mini O’s with perfect moto finishes. Then “Chef Levi” added a little seasoning to his recipes as he burst onto the scene at the coveted amateur event, the 2020 AMA Amateur National Motocross Championship at Loretta Lynn’s and absolutely waxed the competition. He had an unbelievable week and received a lot of praise but some still doubted his abilities because he was racing in the stock B class, while most of the big names in B were racing the mod classes. Big competition awaited. How would he fare in the A/Open class with some of the top dogs? Well, at the 2020 THOR Mini O’s in Florida at the end of November, Kitchen made the jump to the A class—and he continued to be one of the fastest riders on the track. Kitchen left Florida with six more #1 plates to his resume—but this time they were all A class titles. The #147 claimed four supercross titles (250 A, 250 Pro Sport, 450 A, and 450 Pro Sport), two motocross titles (250 Pro Sport and 450 Pro Sport), and second overall in the 250 A motocross division. Not bad for his first week racing the top class! He collected the most points in the Pro/A classes in both supercross and motocross, earning the Dunlop Silver Tire Award.

When I spoke with Levi last week, he said he had just landed in California and finished up a day of testing supercross with the Monster Energy/Star Racing Yamaha team. He hinted towards signing with the team but said he was unsure just what his trajectory from amateur to pro would look like. Debuting in the 2021 Monster Energy AMA Supercross Championship was not ruled out (he earned his pro supercross liscense at Mini O's since the Supercross Futures program has been impacted by COVID-19) depending on how his supercross training goes over the next few months but he said his goal would be to make one last run next year as an amateur.

"I’m just taking it day by day but I think initially, [the plan is] to stay amateur A until Loretta’s, race Loretta’s as my last amateur race and do some outdoors after that. It all depends, I don’t know. If the next few months on supercross feel really well and unfortunately people get hurt these days so if an opportunity to fill in comes up, maybe I would do that. I got my points at Mini O’s. But my initial goal is, if I feel ready, I want to just go [pro] outdoors next year and just kinda make that my plan. Or do Loretta’s, either way. I’m open to anything, really. Whatever they [the Star Racing Yamaha team] think I should do, they know best."

With the Yamaha amateurs from both Rock River and Monster Energy/Star Racing pitting together under the same tent at big national events, Kitchen said his ultimate goal was to land a ride with the Star Racing team.

“We all got along but the end goal was for sure to be on that side of the tent on a Star bike," he said on pitting with the Star Racing team at events. "So that’s what I was working for the whole time.”

You can read the full interview with Kitchen here if you missed it.

Luckily for Kitchen (and with the help of superstar agent Lucas Mirtl), he has landed a ride with the Monster Energy/Star Racing Yamaha team. The 19-year-old gives the Yamaha squad yet another talented, young rider atop of the amateur rankings.

Haven’t really said much about what is going on but after mini os i got the best phone call of my life!🙌🏼 Excited to be working with @starracingyamaha
Shoutout to everyone who has brought me this far, wouldn’t be where I am without y’all❤️
V/C @ryanvillopoto 😘

Kitchen might not be a household name destined for stardom from the get-go, but that doesn’t mean he’s going away any time soon. With a great team (and bike), training program, and a strong work ethic around a gifted rider, Levi Kitchen might be the next underdog star in this sport.