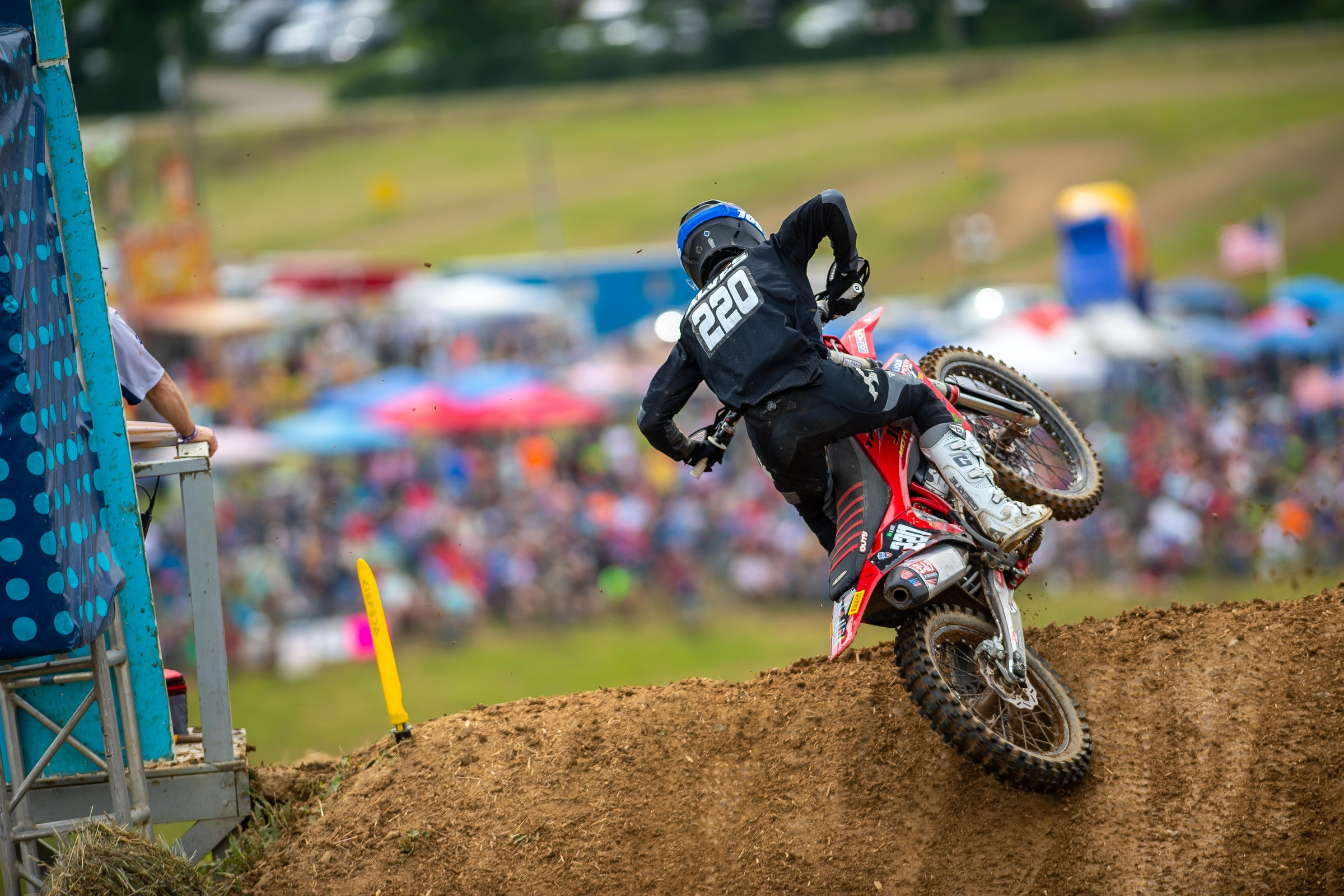 Last Saturday was a day full of breakout rides, and not just at the very front. After scoring points in just one of the first three motos of the season, Ramy Alves bounced back in a big way at High Point, going 16-15 for sixteenth overall, despite getting taken out in the first moto and dealing with a motor that was losing its lifeblood. We gave Alves a call to learn more about his successful weekend in Pennsylvania.

Racer X: Before we even get into this, please tell me the right way to pronounce your first name.
Ramyller Alves: The correct way is Ramyller [Ram-Ler], but you can just call me Ramy [Rammy].

Sounds good. I want to talk about your season, but before we get into that, tell me about your path to the pros. I’m not going to lie, I don’t know a ton about your background. You’re from Brazil, right?
So I was actually born and raised in South Florida. My parents are from Brazil so I have dual citizenship. But I was actually born in South Florida. I like to consider myself both American and Brazilian, yeah I was born here in the states but I've also had the honor to represent Brazil a couple times already at MXoN.

Oh, I’m sorry about that, my bad!
My dad used to race in Brazil and he came over to the states when he was about 18, chasing the dream. But he never really made it. He had me and I was pretty much born into it.

Well that’s cool! Let’s get into High Point. You went 16-15 for sixteenth overall, which is pretty solid. That’s the second-best result of your career, right?
Yeah, for motocross. I think my best was at Southwick a couple years ago when I went 18-12 for 14th overall. I really like High Point. It gets really rough and technical, and I really like the technical part of it. It was great. That first moto I ended up crashing with Jarrett Frye on the start and worked my way up to fifteenth. Then Kailub Russell ended up taking me out on the last lap and I dropped to sixteenth in that first moto. In that second moto I got a much better start and I was up there, but I tightened up and made it to fifteenth.

Well your tone of voice makes you sound unhappy about it, but that’s pretty solid, especially considering how much factory equipment there is in that class.
Yeah, just to be in the top twenty is a good result, but I need to get close to that top ten to really prove what I’m capable of.

I saw on Instagram you had to do a motor swap between motos.
Man, that was insane. I’m not sure what happened, but the oil cap, where you put the oil in the motor, came off mid-moto and I started seeing smoke coming out of my bike. I thought I was overheating but I wasn’t even using the clutch that bad and it wasn’t really that muddy. But I guess the oil was coming out and burning on the exhaust. Luckily I was able to finish. I also lost my rear brake because the oil was splashing back there. I had no rear brake! The bike started losing power with about five minutes to go and I started hearing some weird noises in the motor and stuff. Luckily I was able to finish. Right when we got back we saw that and my mechanic and dad got to work and did the motor swap. They washed the bike and swapped the motor in like forty minutes.

I don’t think people realize what swapping a motor at a National is like and how tough it can be. It’s not like it’s the world’s toughest job to swap a motor on a dirt bike, but it takes time and the TV schedule doesn’t allow much between motos.
Yeah, doing it that fast and also making sure everything is right. There are a lot of things that can go wrong with wiring and making sure everything is tight. Luckily it worked out though.

Isn’t it kind of funny that, on a day when you have one of your best career results you also have to deal with something like that?
Yeah, it was crazy. I came into High Point pretty confident with a good week of training. I really like that track. My qualifying time wasn’t the best, I always struggle with that, but I never worry about that too much. I knew it was going to be a good weekend from the start.

You mentioned 16-15 isn’t where you want to be, that you want to be up in that top ten. Is that in the coming years? Sometime this season? What are the goals?
My goal for this season is for sure to be fighting for top tens. It’s a stacked class with a lot of factory riders, but I truly believe in myself, and the equipment I have as well. I truly believe that I can be fighting for that top ten, I just have to put the pieces of the puzzle together. For the future, I’ll keep working hard to get solid results and hopefully land myself a factory ride. Hopefully I can win championship one day, go into the 450 Class, and keep going.

What’s it going to take? What pieces of the puzzle are you missing right now?
I think it’s just putting everything together. For example, I kind of struggle in qualifying. This week I think I qualified 25th or 26th. That puts me way out in the outside for the first moto. I’m not saying it’s impossible to get a good start, but it makes it harder from way out there. And in that second moto when I did have a better start I started riding tight. Things like that. But with me being up there more and being in the mix more, it’s going to make me more comfortable running that pace.

Slightly off topic, but there are a few videos out there of you scrubbing that are nuts. They still get passed around the office from time to time. Have you always been a mad scrubber?
Oh man I still get texts on those videos from time to time. I always liked scrubbing and whipping. As a little kid I watched Justin Barcia and all those guys growing up, and I really wanted to be the same and copy them. I never really practiced scrubbing or whipping, it just came naturally. It’s funny.

People talk about what a struggle being a privateer in this sport is, and it really is, but it can be fun too. What are some of the things you like about privateer life and not being subject to all that scrutiny?
I feel like there are two versions of privateers. There’s the full privateer, but luckily I have JMC Motorsports Fly Racing GasGas helping me out tremendously this year. But being on a privateer team, versus a factory team, I feel like it’s less pressure in a way. You can go out there and have fun and not worry as much about the results. You don’t have all these expectations on you, and with the way I was brought up, I feel like when I have fun, that’s when I truly put in good results.

I started 2021 as a full privateer. I went to Orlando, the first West Coast round, I went in a van with a tent and my mechanic. I ended up getting a thirteenth. Then JMC Motorsports called me up the next weekend because I think Carson Brown got hurt. They needed a fill-in rider, so I did supercross with them and I can’t thank them enough for everything they did for me. They were a supercross only team, but they offered to do motocross with me, with is amazing. They’re giving me everything I need to do motocross.

Well your results have climbed steadily since round one, and you just had a great day at High Point, so it looks like it’s working for you.
Yeah, I struggled those first two rounds. Being from the east coast I don’t go out west a lot. I don’t know what it is, but those tracks, I think they get rough differently. I don’t know what it is and I struggled a little bit. But I turned it around this weekend, and I’m looking forward to continuing to build and getting closer to that top ten.