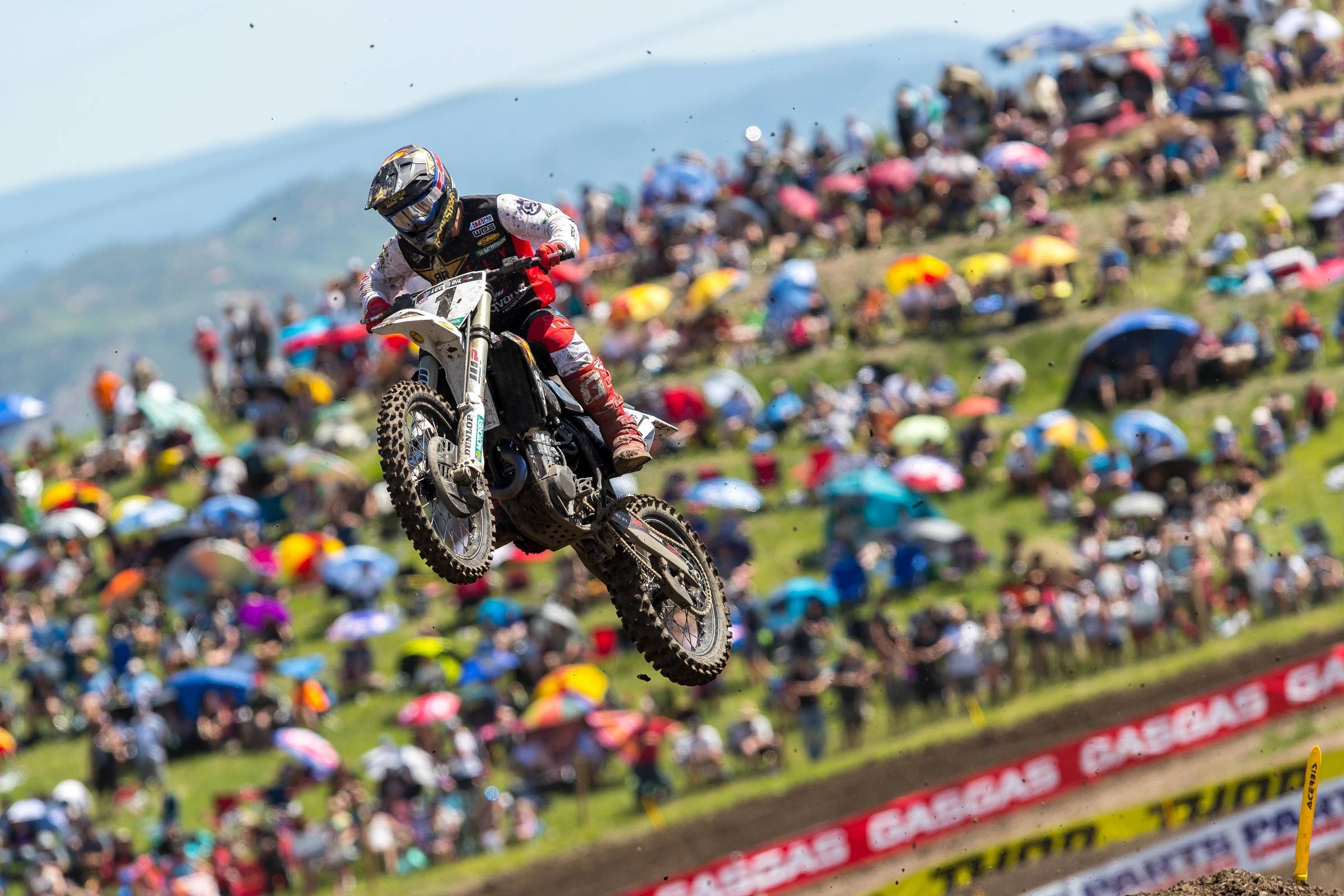 The third round of the 2021 Lucas Oil AMA Pro Motocross Championship will take place this Saturday at High Point Raceway in Pennsylvania. Check out this report for an update on who’s in and who’s out.

Comment: Anderson suffered a broken hand in a practice crash after the season opener. He is expected to miss a total of six to eight weeks due to the injury.

Phil Nicoletti – BANGED UP | IN

Comment: Nicoletti had a big crash at Thunder Valley, causing him to DNF the first moto and not race the second. He’s back for High Point.

Zach Osborne – BACK | TBD out

Comment: Osborne re-aggravated an existing back injury at Thunder Valley. While team confirmation will likely wait until Friday, but we don’t believe the news will be good as far as Zach racing this weekend.

Comment: Husqvarna just announced Osborne is out for the remainder of Pro Motocross as he hopes to return to full health for the 2022 Monster Energy AMA Supercross Championship.

Comment: Piazza is out after sustaining a broken hand, foot, and four broken toes.

Comment: Smith was caught up in a first turn crash during moto one at the Thunder Valley National. He is out for the immediate future.

Comment: Crown was hoping to return for High Point after sustaining a concussion before the Atlanta Supercross but is now shooting to come back at RedBud.

Comment: The privateer is hoping to return to racing soon after a practice crash separated his shoulder and fractured his collarbone.

Comment: Hammaker missed Thunder Valley after announcing the following on Instagram: " I haven’t been feeling 100% lately and don’t want to risk injuring myself out there or do further damage, so I’m going to take some time to focus on my health." He also said he hoped to be back by High Point, but will miss the action this weekend and instead eyes RedBud as his return.

Comment: Harlan will be back in action at High Point after suffering major injuries during supercross.

Comment: Martin went down hard during practice at Thunder Valley and fractured his ulna and radius in his right arm. He’s had surgery and is taking it week by week right now, although he told us he definitely plans on racing more this summer.

Comment: Martin went down in the second moto at Thunder Valley and reinjured a fractured left scaphoid, an injury he’s been dealing with for months. He’s also been racing a with a “bum left shoulder.” We heard Jeremy was going to attempt to race this weekend, but he suffered another crash while trying to prep for the race and broke some fingers. He’s out at least for the weekend.

Comment: McAdoo injured his knee at Fox Raceway and is out indefinitely.

Comment: Moranz told us earlier this week things are looking really good following injuries to his ribs and scapula. He’s out of his sling and is rehabbing, and as soon as he’s got full mobility and strength back, he’ll be able to return to racing. He’s hoping for the final three nationals.

Comment: The eight-time GNCC Champion will make his season debut at High Point. He suffered big pre-season crash that left him with three broken ribs and a broken jaw.

Comment: Saultz hopes to be back for RedBud after breaking his collarbone in Atlanta.