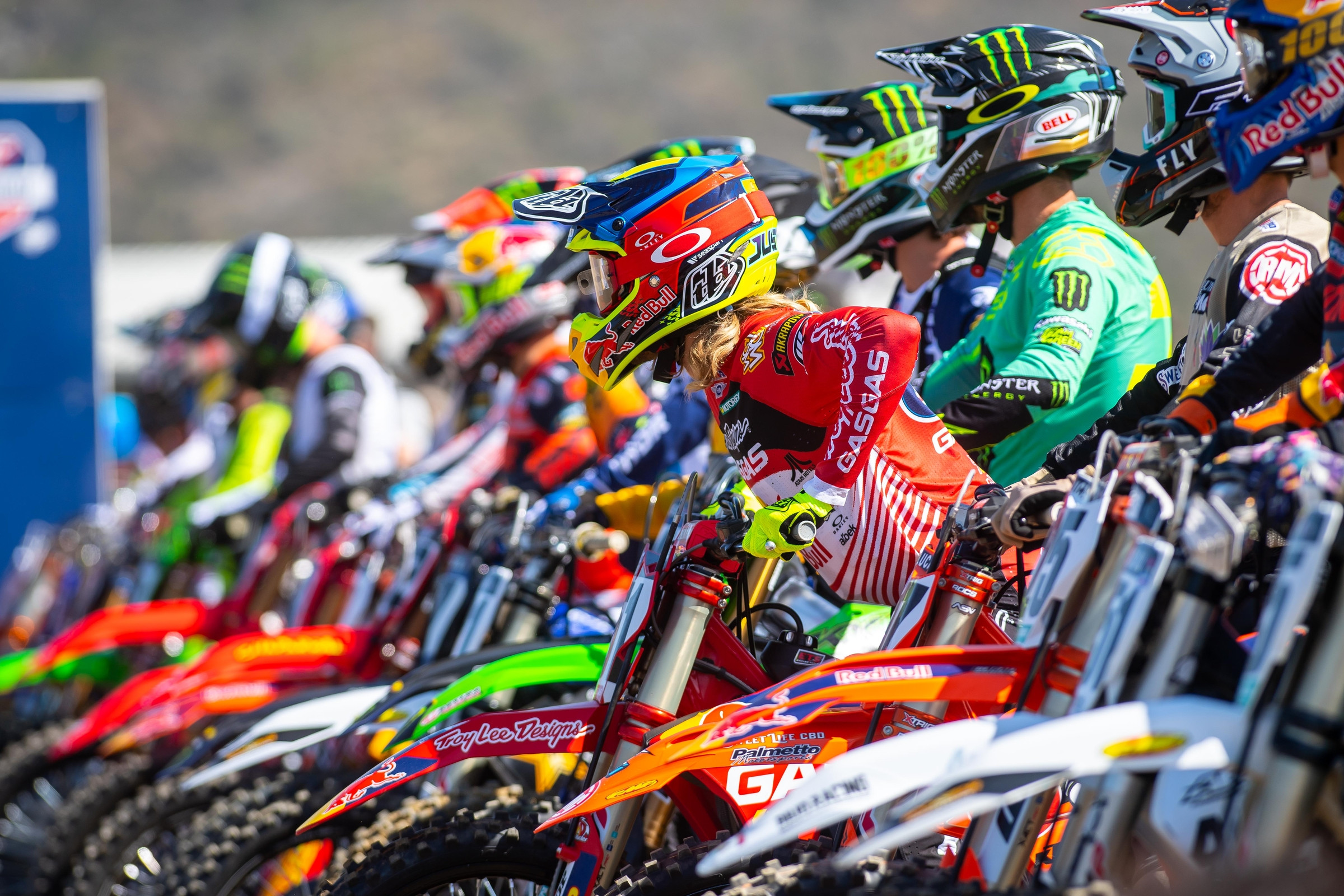 All Kinds of Surprise

It shouldn’t be a surprise that Ken Roczen, the 2014 and 2016 450 National Champion, won the second moto last week at Fox Raceway and finished second overall. Yet somehow it is! Roczen has struggled to regain the dominance that saw him win the title in 2014 and positively ripped the competition to shreds in 2016. Heck, he didn’t even race the Nationals last year! He also didn’t exactly sound positive about doing well in the preseason press conference, saying he felt "disconnected" from motocross. He said he was sometimes five seconds a lap off during testing days! Yet, when the checkers flew on the second moto last week it was Roczen himself who was crossing the line. He’s still got to rattle off a few more of those rides before he becomes generally expected to consistently win motos again, and that includes expecting it of himself, but if he wins at Thunder Valley, it won’t be quite as much of a surprise this time around. –Hansel

Okay, so Chase Sexton’s runner-up ride in the first moto, in which he nearly zapped Dylan Ferrandis for the win at the very end, wasn’t exactly under the radar, but his second moto ride was. After going down in a first-turn pileup, the Honda HRC rider remounted in just about dead last and proceeded to charge his way forward until reaching tenth by the end of the moto. As the old racing adage goes, you win championships on your bad days, and Sexton demonstrated an ability to limit the damage with his comeback ride. If he maintains this level of speed and resiliency, he’s going to be in the championship conversation down the stretch. –Hansel

TLD [Just] off the Box

If you’re Troy Lee Designs Red Bull GasGas team manager Tyler Keefe, are you pumped on the results from Fox Raceway or are you as frustrated as, like Trey Canard would say, a mosquito in a room full of mannequins? Two of his riders, Mosiman in the 250 Class and Barcia in the 450 Class, tied for third on the day but weren’t on the podium. That’s like going to the lake on a hot summer day and not being allowed to get wet! But, if Mosiman and Barcia keep it up, it’s only a matter of time before they’re feeling the sweet and sticky splash of foamy champagne. –Hansel

A glance at the points reveals more than a few ties for prominent spots. In the 250 Class there’s even a tie for the lead (47 points) between Jett Lawrence and Jeremy Martin, while Justin Cooper and Michael Mosiman are both tied for third with 36 points each. And in the 450 Class Ken Roczen and Aaron Plessinger are both tied for second with 40 points each. It’s going to be interesting to see who comes out on top in these situations at Thunder Valley. –­Aaron Hansel

As far as debuts go, Max Vohland’s first foray into Lucas Oil AMA Pro Motocross was pretty spectacular. In just his first attempt he holeshot the first pro moto of his entire life and went on to lead eight of fifteen laps before his bike expired. He was solid in the second moto too, and instead of throwing out the fatigue-induced anchor like so many rookies do in the second moto, he battled with the cream of the class and ended up seventh. If he’s this good and has this much composure already, how good is he going to be as the season unfolds? –Hansel

We’re back in the elevation of Colorado for the Thunder Valley National and as usual, the talk on Saturday will be about horsepower. The altitude in Colorado means less airflow for the engines which will gasping for more of it to churn out typical horsepower numbers. Because of this, the Monster Energy/Star Yamaha Racing team usually does well at Thunder Valley simply by having the most powerful bikes on offer [Justin Cooper won the race here last year, as an example]. We’ll see if yet another Star rider ends up atop the box in either class on Saturday. –Kellen Brauer

Adam Cianciarulo left the opening round frustrated after a crash in the first moto set his day on a downward spiral. He remounted in fifth from said crash but later suffered from arm pump in both the first and second motos. Until that crash though, Cianciarulo was on another level as he qualified fastest and was handily pulling away from the competition. Now he needs to put the opener behind him and focus on the positives to try to make Fox Raceway’s strong pace repeatable this weekend. –Brauer

It really felt like we came into this championship with a full list of riders with very few injuries, which unfortunately, is rare in our sport. However, three of such riders who were there at Fox Raceway will not partake in round two. Cameron McAdoo suffered a knee injury at Fox Raceway that will keep him out indefinitely, Jason Anderson broke his hand Thursday and is expected to miss 6-8 weeks, and Seth Hammaker also pulled out of this weekend’s action. Be sure not to accidentally select one of those guys for fantasy this weekend. –Brauer

It was talked about endlessly heading into round one a week ago.Had Cooper Webb “figured it out” compared to 2019 when he was coming off his first Monster Energy AMA 450SX championship? Now fresh off his second title, Webb was keen to prove that he’s ready to win in Pro Motocross, but at the opener he struggled to an eighth-place finish and didn’t appear to have the fire under him that he had in supercross. The first round is always weird, so maybe he’s ready to right this ship this weekend. It will be crucial for him to do so if he hopes to contend for the championship. –Brauer

Similar to Cooper Webb, Eli Tomac did not have a great opening round at Fox Raceway last weekend. The four-time AMA National Motocross Champion went 9-8 for ninth overall. We are, however, in Eli Tomac’s home state of Colorado this weekend and back at a track he often does well. No one is more accustomed to riding at altitude than Tomac. We could be running into a much-needed home state advantage at an early stage of this championship. A win this weekend would put Tomac right back into the thick of the title chase. –Brauer