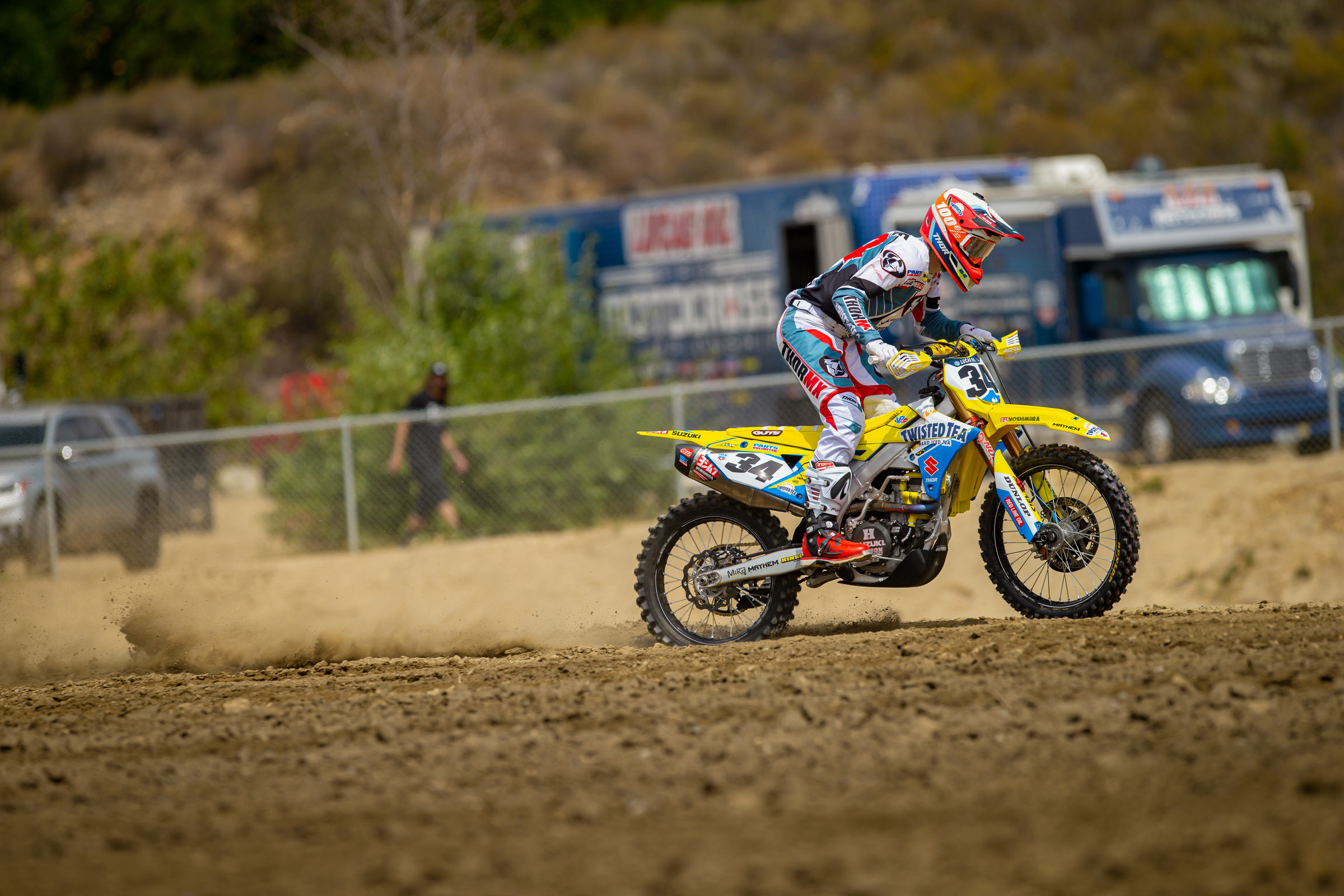 If Cooper Webb never raced again his career would still be considered a huge success. He’s got a pair of 250SX titles, two 450SX Championships, and a 250 National Championship. He’s far from done, however, and the one thing he doesn’t have is a 450 National Championship. A back injury kept him from making a run at it last year, but he’s back for 2021. Will an older, more experienced Webb come out swinging at the opener in his quest to add yet another major title to his already impressive collection? –Aaron Hansel

Justin Barcia’s prowess at season-opening supercross races is ridiculous. He’s won the last three 450SX openers in a row! What he hasn’t ever done, however, is win the first race of Lucas Oil AMA Pro Motocross, and that includes his days on a 250. He is capable of winning, however, and he got along pretty well with his Troy Lee Designs Red Bull GasGas during supercross. "We’re really excited to go racing with Justin Barcia in the 450 class, he was incredible for the brand and the team in supercross, getting a 450SX Main Event win and we would like to get some outdoor wins as well," says his Team Manager Tyler Keefe. "MX fits his style a bit more being on the gas, wide open and having some fun."  Will his season-opening strength show up at Pala this Saturday? –Hansel

Zach Osborne will return to racing this Saturday after missing the second half of supercross with a back injury, that’s a fact. But will he be 100 percent? There are plenty of rumors swirling regarding his condition, and whether or not he’ll be in the same form that delivered him a championship in 2020. But remember, it’s not as though he lucked into either of his 250 or 450 National Championships—both were hard earned. The dude has grit, and if you don’t know that by now, he’ll probably remind you this weekend. –Hansel

In case you forgot, Eli Tomac is a 250 and 450 National Champion. In fact, he has three 450 National Championships, and he won them back-to-back-to-back. Yeah, he gave up his Lucas Oil AMA Pro Motocross plate to Osborne last year, but hey, you can’t win them all. And Osborne was tougher than steel last year! Tomac is absolutely capable of getting the number-one plate back this summer. “I’ve got one goal as always and it’s trying to win,” he says. “So, it definitely sucks getting both #1 plates taken away from you, so that’s my motivation at this point is to get one of them back and do my best to do that. Give my best shot, my best try. Going into this season feeling good right now.” Will he serve notice this weekend that he’s out to regain what was once his? –Hansel

With 2020 National Champ Dylan Ferrandis jumping up to the 450 Class, the 250 Class is wide open. There are a whole bunch of potential champions, too. From veterans like Alex and Jeremy Martin, RJ Hampshire, Michael Mosiman, and Austin Forkner, to supercross champs like Justin Cooper and Colt Nichols, to hungry young riders like Nate Thrasher, Seth Hammaker, Jo Shimoda, and Jett and Hunter Lawrence, the tone could be set in a multitude of directions this Saturday. We’ll see who fires the first shots when the gate drops this Saturday afternoon at Pala. –Hansel

Jeremy Martin was so close to claiming his third 250 class Pro Motocross championship last year aboard a GEICO Honda. But after the dust settled, the only piece of the puzzle missing for him seemed to be his machinery. So, Martin went to his old team Monster Energy/Star Yamaha Racing, settled some old hard feelings, and signed up with them for 2021. It should make him an instant title favorite, but his health is a concern. He’s admitted that his shoulder has taken a lot of rehab and could still be a problem, and there are rumors of a wrist injury, although Jeremy isn’t getting into details on that. Saturday will be the first true test to know where exactly Jeremy Martin’s health and fitness lie for this 2021 season. –Kellen Brauer

There’s seemingly been plenty of hype around Honda HRC’s Jett Lawrence since day one of his professional career, while his brother Hunter slipped into the shadows. Hunter is a proven talent with GP race wins and moto wins in Lucas Oil Pro Motocross, but injuries have really hampered him since coming to the USA. Now, he’s healthy, fit, fresh off a strong supercross campaign, and ready to contend for this title. His brother Jett is no different though, having put together a great supercross season as well and is back to 100 percent after a few large crashes indoors. Both riders look more ready than ever to win this Lucas Oil Pro Motocross 250 class championship. –Brauer

Several riders are coming off injuries in Monster Energy Supercross and will make their return to racing this weekend. Austin Forkner and RJ Hampshire both were injured at Houston 3, but both are fit and ready to go for the opener. Max Vohland dislocated his hip at Indianapolis 1 but was quickly back on the bike and has been 100 percent for some time now. Pierce Brown and Stilez Robertson both missed the end of supercross with injuries but are returning as well. Couple that with the Martin brothers of Jeremy and Alex both coming back to the action, the 250 class has a full clean bill of health coming into Saturday. –Brauer

Nate Thrasher and Seth Hammaker both had massively impressive rookie supercross seasons. With Hammaker winning in his third-ever start and Thrasher winning two of the three Atlanta rounds, they certainly turned a lot of attention onto them. While Thrasher does have some Pro Motocross experience from last year, Hammaker will be making his debut on Saturday, and both riders look to continue that success from supercross. –Brauer

Can’t Win but You Can Lose

It’s cliché as cliché gets. You can’t win the championship at the opening round, but you certainly can lose it. Two rounds into the 2020 Lucas Oil Pro Motocross Championship, Eli Tomac was already 40 points down with two DNF’s. In a 12 round series, you simply cannot put yourself in that big of a hole so early into the championship. While there is a lot of hype around who will win the opener, often riders are just keen to make it through with some solid points. Look for the demeanor from each rider after the first round as a clue to who actually is happy about their day, and who wishes they could have had more. –Brauer