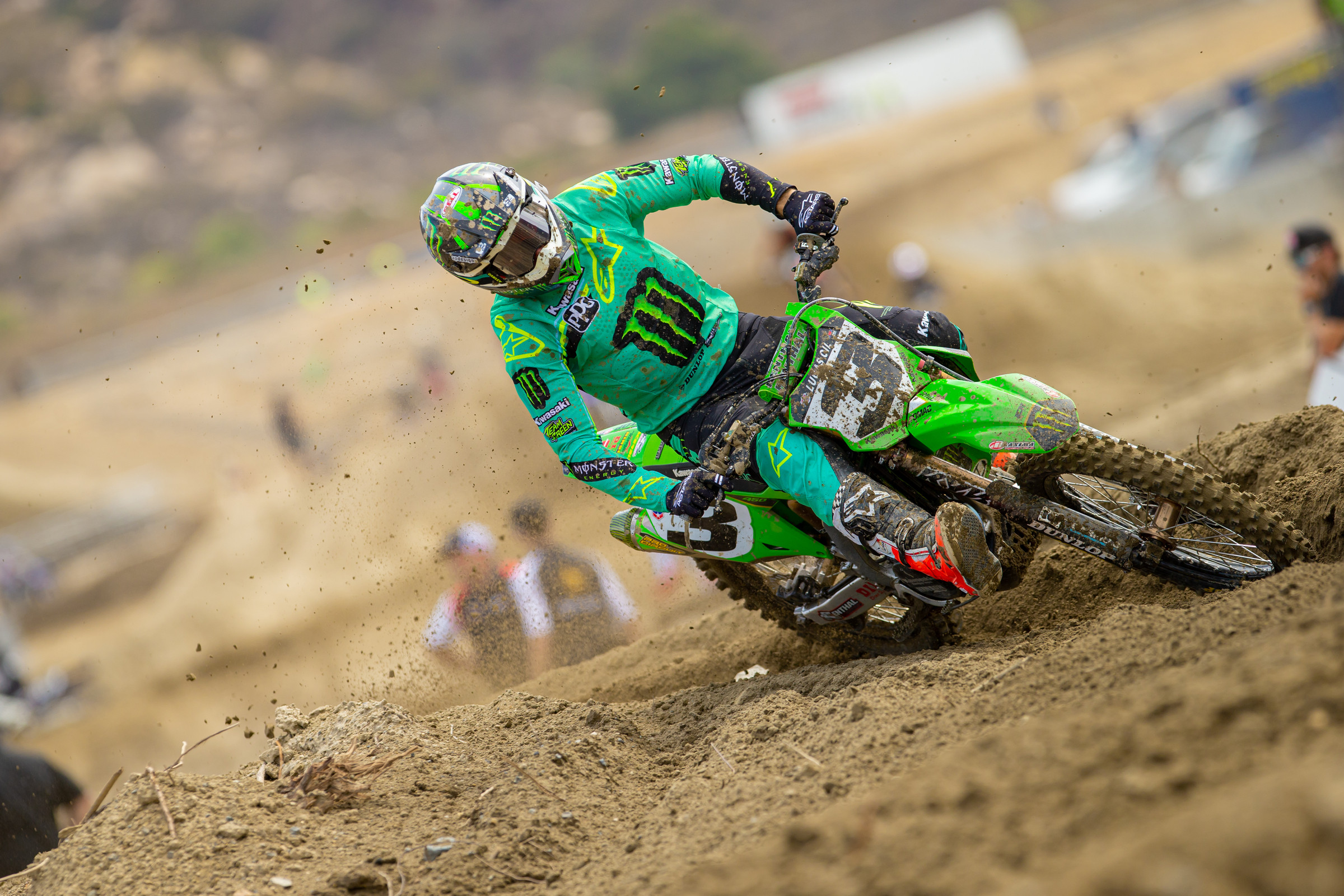 For the first time since the Salt Lake City 7 Supercross nearly a year ago, Eli Tomac will line back up on the gate this Saturday with his familiar #3 aboard his Monster Energy Kawasaki. After winning three consecutive 450 Class Lucas Oil AMA Pro Motocross Championships from 2017 to 2019 and the 2020 Monster Energy AMA Supercross Championship, Tomac is now in a bit of a dry spell for his standards having gone a full year without another title. With his looming departure from Monster Energy Kawasaki to reportedly join the Monster Energy/Star Yamaha Racing outfit on the horizon, it will be interesting to see how Tomac approaches his final season with Kawasaki after six successful years together. Tomac spoke candidly about his motivation coming into Pro Motocross via the pre-season Zoom press conference on Wednesday this week.

Racer X: Obviously, we got big news that you’re making changes next year to your program. So, I want to know where your motivation is as far as going into the championship this year. To end on a good note, to possibly take the #1 plate to another team, to make up for last year. You probably have a lot of motivation and maybe some new fire. Just talk about that.
Eli Tomac: I’ve got one goal as always and it’s trying to win. So, it definitely sucks getting both #1 plates taken away from you, so that’s my motivation at this point is to get one of them back and do my best to do that. Give my best shot, my best try. Going into this season feeling good right now. Yesterday’s ride at Pala was nice. We got that Tuesday in, so looking forward to Saturday.

It was a different season. Last year we had fewer races and it was later in the year, and you had the supercross championship and we’ve come to associate that with a bit of a tough time getting rolling for outdoors. You had some mechanical problems early in the season which set you way back in the points. Do you look at all those things and think a lot of it is different this summer? And does that give you some hope that maybe the result will be better, and you can get that number one plate back? It was a weird year last year, for sure.
Yeah, it was a weird year but at the same time you’ve got to deal with it. It is going to be nice just to go back to the normal twelve rounds that we normally have. It feels a little bit more normal this year. We all lined up last year the same way on the same gates and that’s that. I am looking forward to going to all the rounds. We’ll just see. You never really know what happens coming into round one, or where everyone is at. We’ve just got to go race Saturday and see where everyone is at.

How important is this opening round? It’s a longer season than last year, so you have more time to make it up if you don’t have a great race, but it also feels like a deeper field. So, is it super important to go get a podium right off the bat, or just start off consistent?
You could go both ways. I like to come out with a good score. That’s always the goal for me is to come out podium and kind of roll with momentum. I’m not a big fan of playing catch-up. I’ve done it a few times and it gets harder and harder as the season goes on. I like to come out swinging, if possible. The field is deep again. It’s harder every year. The competition also changes each year. You never know who is going to be there. One thing is for sure, there’s going to be a handful of guys that are going to be hard to pass and stuff. Once again, it’s a gnarly field and it just keeps getting harder and harder every year.