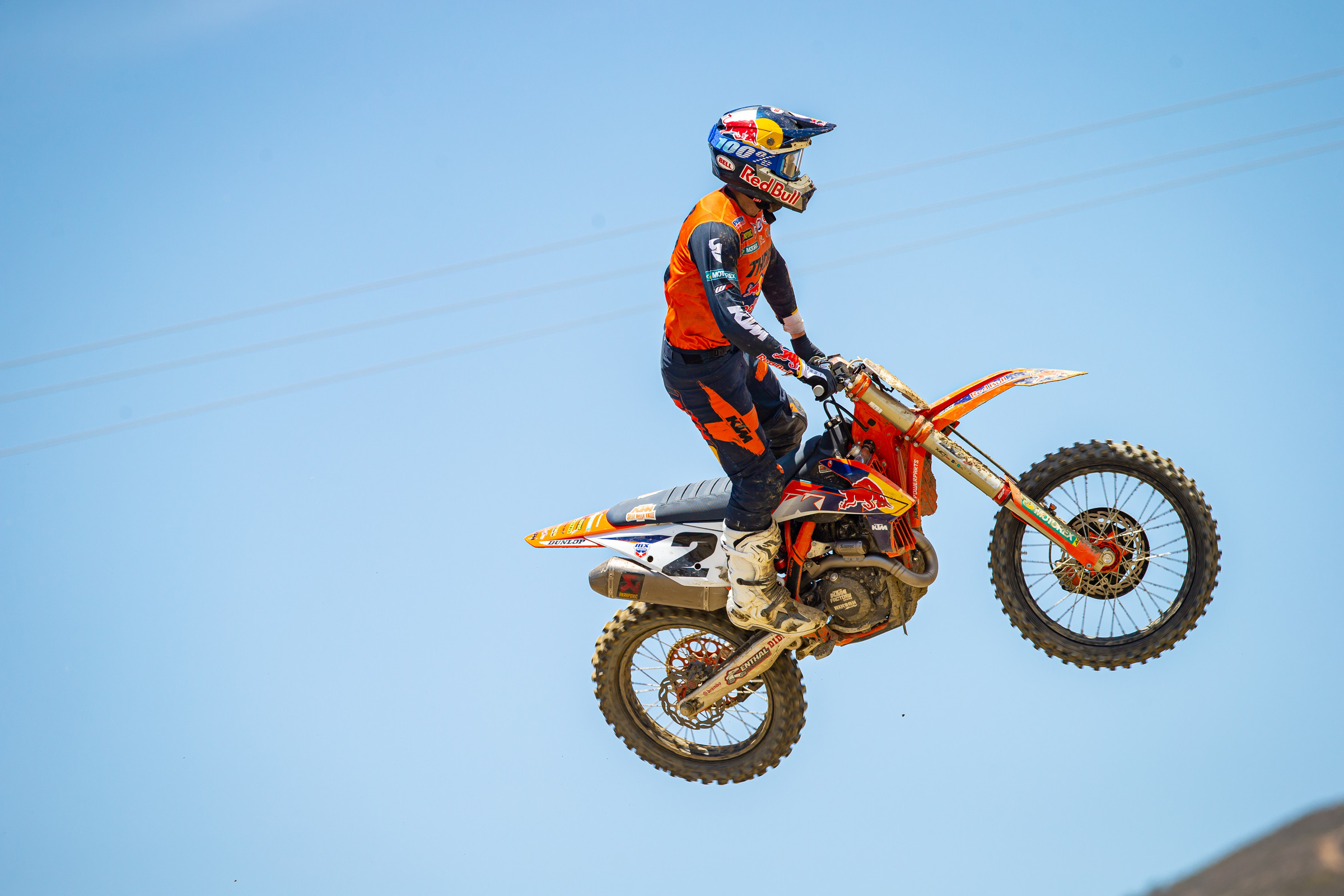 Between Better This Time

Red Bull KTM Factory Racing’s Cooper Webb is coming off his second Monster Energy AMA Supercross title in three years. The last time he stood atop the world in supercross though, he struggled to find that same success in the following Lucas Oil AMA Pro Motocross Championship in 2019. The “supercross hangover” is something Webb is focused on avoiding this year in 2021 and he talked openly about his vision and mindset coming into Pro Motocross this year on the pre-season Zoom press conference on Wednesday.

Racer X: Cooper, obviously with a great supercross year, what was that like after you won the title? What was your prep like? Did you take a little bit of time off? How are you feeling? You wanted to come in better than you did in 2019 and you didn’t want to have that lull to start the season. Can you talk about how you’re motivated coming into this year?
Cooper Webb: Yeah. Like you said, supercross was great, getting another championship and ending it on a very high note, which is awesome. It’s nice this year having that extra weekend off. I was able to kind of relax and take the week off after supercross and just unwind and focus on having a good two weeks before this first round at Pala. We were able to do some good testing. We only did testing two days and then I was able to get back to my riding and getting some motos in. Overall, it’s been good. Definitely put a lot of emphasis on supercross, so I didn’t get to ride outdoors much during that time, but now going into this series it’s going all the way to September this year. It seems like it will be a long summer and plenty of time to get adjusted. Overall, I’m feeling super motivated. I feel like we got the bike a lot better this year. Physically I’m feeling good. Excited after last year sitting on the couch all summer was definitely a bummer. Got some fire to try to go be a contender in outdoors as well.

Max Vohland talked about riding with you a little bit in California. Is that something that you initiated or he initiated or the team? Can you just talk about what that was like, just learning from him and having a guy that you can teach him but then you also learn some tricks from him as well?
It was good. Like I said, I’ve only been riding two weeks. The first week I was in California and the last week I was actually in Florida, so I was able to ride with Max. I think he’s been riding really well. He’s been in outdoors for a while and is fast and young. So, it was cool to be able to ride with him. I like riding with guys. It made it motivating, made it fun. Like I said, he has been riding really well and in the outdoor mode. So, I kind of felt like if I could ride with him and be on pace with him, as crazy as it sounds, that I’d be in a good spot. I’m sure he’s going to bring some speed this summer. It was cool to ride with the young buck.

Getting to a point now with two supercross championships and I wonder if you start thinking about your legacy. You said that the outdoor championship, you’re in for it now. You want it. I kind of thought, oh, he’s got a supercross hangover. Maybe he’s not going to be as motivated. But as soon as you said that, it changed my outlook on the outdoors. I’m wondering are you starting to look to how you’ll be remembered once you’re done?
Yes and no. I would say in the moment you don’t really think about that, but like you said, now adding another supercross championship to the resume is a huge deal, for sure. As far as maybe moving me up in the record books, or whatever you want to call it, and building that legacy I feel like I definitely took a step now being a multi-time 450 champion. Like you said, that’s the one championship I haven’t been able to win is the 450 outdoor, so it’s the one I definitely want to add to the trophy case. I talked about it a little bit in some other shows and stuff. In 2019 it was definitely the supercross hangover, like you said. You put so much into a season and into supercross and it’s your whole livelihood at the time. That’s all you care about. I think once you achieve that, it takes a lot out of you mentally, physically, emotionally. It’s a long season, so to turn around in a week and try to get everything right back in order to go fight for another championship is extremely difficult. At this level with as many good guys as there are, if you’re only at 80 percent you’re going to get beat. I think this year I kind of got my second one under my belt and I kind of know what to expect. I know moving into outdoors kind of what that transition period is going to be like. I think for me sitting out outdoors last year really lit a fire to go out this year and try to get it done. It was a crazy year with all the COVID stuff. Watching last year, I was definitely bummed to be on the couch. So, I think moving into this year we’ve got a very stacked field, and everyone is going to be extremely fast and come out firing. So, I think consistency is key, but at the same time it is a long summer. I’ve been able to do it in the 250s, so I definitely want to try to add it to the 450 resume.

A term you used just before was supercross hangover. That is something I wanted your opinion on. The supercross hangover, is that a real thing to you, the way you talked about it? What are the biggest factors coming into motocross this year than the motocross season after your championship? Is it just something that you’ve learned to be able to control a bit more? Is that as simple as it is?
I think it’s more the first one, I guess if you will. If you look at the last few years, all the guys that have won their first championship in supercross have struggled in motocross. So, I think it’s one of those things. You put so much emphasis, and especially your first time. The pressure of it, the stress of it, the long season. For me, in ’19 that was the first time I had ever done 17 races. I think physically and mentally it really takes a toll on you. So, when you only have basically a 14-day turnaround from the highest achievement you’ve ever accomplished to totally switching gears – motocross is a lot different. The riding is different. The bikes are different. The way you ride it, the way you race it. Fitness, everything. You’re kind of starting at ground zero and going up against guys that have maybe taken a little emphasis off of supercross and transitioned over into motocross and got a step ahead. So, it’s definitely real. It’s not evident, by any means. I think it’s tough to be able to do both and I think that’s why it’s rarely ever been done. This time around, I’ve been there, and I’ve experienced that and kind of know where I’m at mentally and physically. As you learn, you kind of pick-up little things on how to deal with it. I think this year, as crazy as it sounds, that little week in-between was good for everyone, I think. It just kind of gives you a chance to reset and get motivated and get your mind right onto this outdoor series.