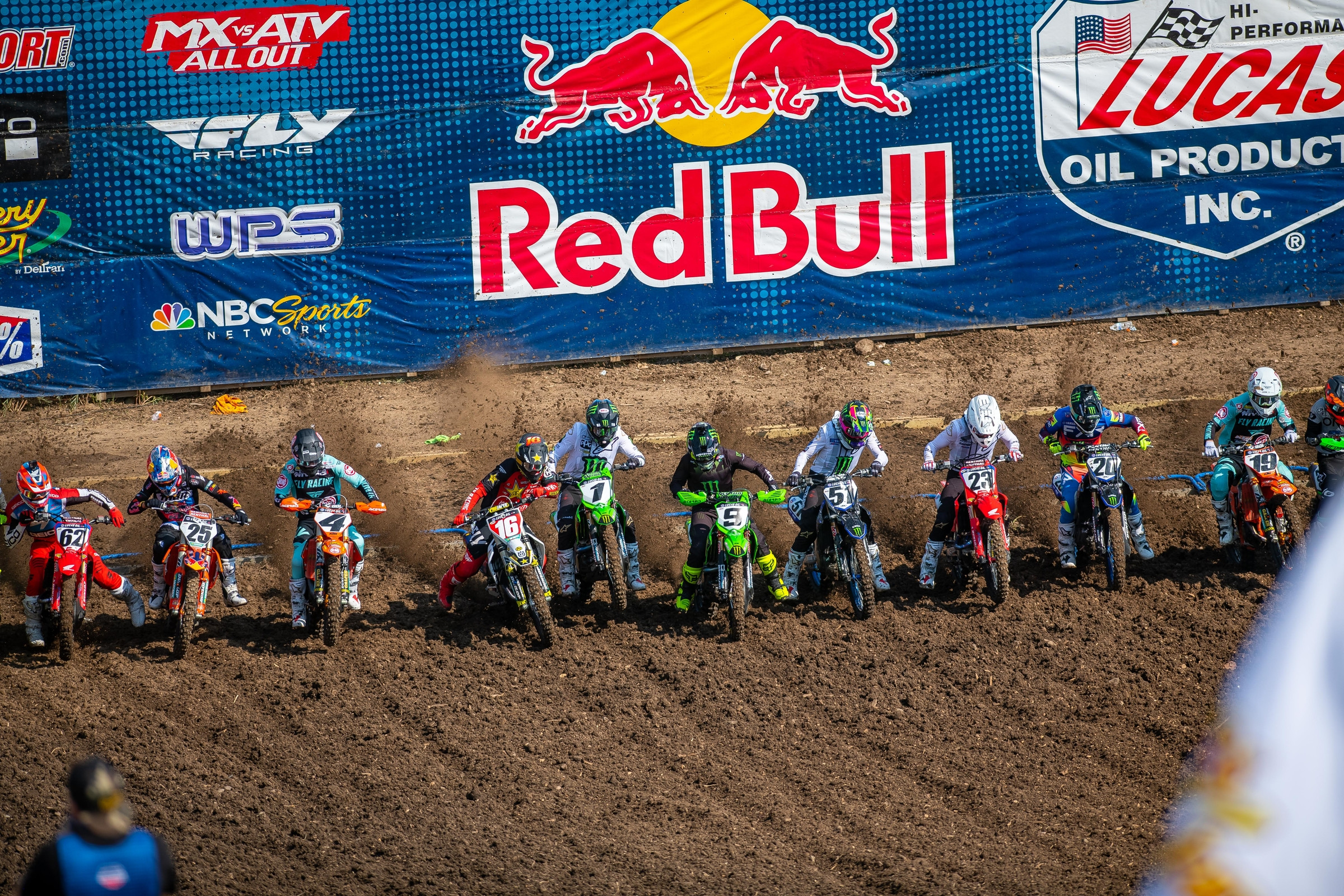 Wait, not only is the Lucas Oil AMA Pro Motocross Championship not starting this weekend, it’s also not starting next weekend. There are three full weekends off between Monster Energy AMA Supercross and Lucas Oil Pro Motocross. This is welcome relief for riders and teams that are usually crunched to switch from supercross to motocross while also handling the emotional highs and lows of a championship series. If you want to build the proper model and schedule for how to best deal with two series, more time between them is definitely better.

But, as I often say, better is not always better in racing. I’ll give you an example: everyone would rather have a faster processor in their computer or phone. In that case faster= better. In racing? Every motorsports series tries to figure out a way to slow the machines down. They’ll take away power or downforce or something, but the engineers then go to work on getting that speed back. Leave the engineers to their own devices and they’ll make something that’s actually too good. On this side, we hear the “450s are too fast” take far too often. These bikes are better because they produce a magical combination of power and traction. They perform so much better than the machines of 25 years ago. They are better. So…now we pine for the bikes that were worse! People love the old two-strokes. Anyone wish they still had their computer from 1996?

So, in racing, better isn’t always better. Now, onto the schedule. Riders and teams surely hated coming into round one unprepared. They want to be ready. That’s their job and I get that. You know what? Not being ready often led to unpredictable racing and chaos, and I’m all about that. Many seasons have started with shocking opening-round results, which is a great storyline to follow. Then the surprising opening-round results were followed by more unpredictability. The riders and teams ready for round one would shock everyone, but then often get surpassed by another unit that needed a few rounds to get to 100 percent. That’s a good dynamic for a dynamic season.

I’ll take it all, selfishly. I’m not speaking on behalf of the series or anyone insider like that. This is just me, Jason Weigandt, talking about what gets us excited to watch/cover/announce races on a weekend. Chaos breeds unpredictability and that’s what fans want to see.

I’ll give you some examples. In 2010, Chad Reed and Mike Alessi ruled the day at the Hangtown opener. Reed won the overall on his Monster Energy Kawasaki, during a season in which he and the team and bike didn’t really gel. It was the lone shining moment of his factory Kawasaki tenure. Alessi was on the then-new KTM 350SX-F. On the smaller-displacement bike, he won a moto, he pulled a holeshot. The 350 was ready! Or not. Because Mike never did as well after that race. Meanwhile Ryan Dungey, fresh off a supercross hangover, had arguably the worst 450 national of his career, going 10-6 for eighth at the opener. The next week, Dungey went 1-1 at Freestone. This set up a nice battle with Dungey wrestling momentum, and the points lead, away from Reed. It was more exciting than watching Dungey go 1-1 at round one and roll all summer.

The next year Ryan Villopoto had the supercross hangover and it took him nearly the whole season to get back to his usual standards. It led to a compelling season. These are the most dramatic examples but there are smaller indicators each year that a rider or team wasn’t ready for round one, but then just when you count them out, they launch a comeback. You love to see it.

The back-and-forth of rides, bikes and teams existing in perpetually different stages of ready or rested, then facing a variety of tracks and weather, that’s what prevents all 12 rounds from feeling the same. You never know who is ready or not, or who is strong but about to get weak. I like these built-in obstacles that make it tough for anyone to nail it right on every weekend. This makes the series more exciting to watch. I’ll take that kind of unpredictability. I’ll take that kind of chaos.

Or maybe I just can’t wait until we get back to the races again?