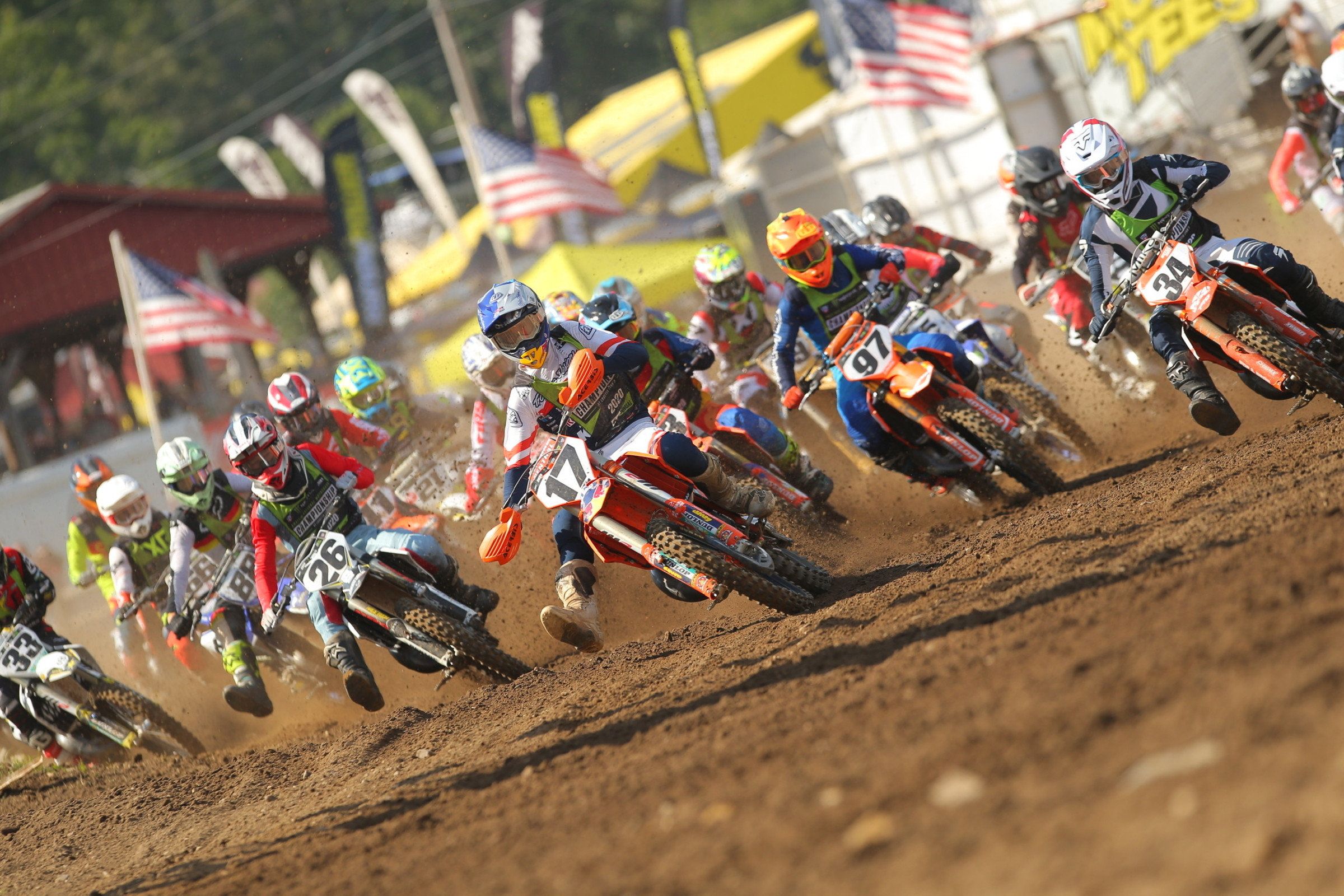 Cinematographer Troy Adamitis has been around the sport of motocross and supercross for decades. Producing the likes of The Great Outdoors, Supercross: Behind the Dream, and recently MX Nation, it’s likely if you’ve watched a motocross film in the last 20 years, you’ve seen Troy’s work. Now he’s onto his next endeavor with the KTM group as the three-part film series The Year of Jubilee drops its first episode tomorrow. KTM invited us out for a special showing of the first episode on Tuesday and Adamitis was on hand to discuss his vision with the project. We caught up with him to hear the story of how this whole thing came to fruition.

Racer X: You talked a little bit earlier today that you were working on a project out in Europe doing the first two GPs and then COVID-19 hit. So, when did this whole project kind of come together? Was this the project the whole time or did you change viewpoints when COVID happened?
Troy Adamitis: No, I was just doing that project on my own. The show that I was previously doing, which was MX Nation with Red Bull, stopped. So, I thought, “Okay, I need to go out and do this thing on my own.” I’d been working in Europe for a couple of years, and I did a few projects and I just thought I would try to do my own thing. Even before I got started, we got shut down. The travel ban happened, and I got sent back. So, I was without a job and I thought, “Okay, it’s going to take forever for this industry to open back up.” Probably a few weeks after that, John Hinz [KTM North America President] called me and I came down and had a meeting and he said, “Hey, you know, racing’s shut down. We’re going to do this trials event. We’re going to start doing our own thing.” And I said, “Oh cool! Maybe I should come out and film that.” That was the first thing we did was just a little project right here at the track. So, I filmed that, and he said, “Book your tickets, you’re going to Loretta’s!” and that’s how this whole thing started. And we didn’t know what this was going to be, we just knew that we’ve got to do something. This is a perfect opportunity to go on offense and move forward.

Obviously, your mindset is… you want growth in the sport. You want more people to see it, more people to learn about it. Being a part of this for 20 years and trying to tell a story about the sport, what have you seen that’s changed the most about this past year?
I just needed to change my focus and make sure that I’m aligning myself with companies and creating partnerships with people that believe in the same thing I believe in. A lot of the brands I’ve worked with in the past, motorcycles aren’t the only thing that they’re into. If I think that this sport is going in the wrong direction, there’s only a few companies that would look at that as a red flag and say, “Hey, something needs to be done.” So, working directly with the manufacturers just seemed like what I want to do from now on. Work directly with the people that have to go sell motorcycles. So, that’s why I came here and asked for a job and here we are.

Now this is a little bit of an off the wall question, but we’ve seen with Drive to Survive, NetFlix’s success of building an audience towards Formula 1. What sort of barriers to entry are there with trying to get a series like what you create, which is kind of a similar dynamic and vibe of getting behind the scenes of the sport, onto a platform like that to maybe get more of an audience?
You know F1 is huge, sexy, celebrities. There’s multi-millions of dollars that go into that sport. It’s worldwide. It’s four wheels. I just think that we’re at a little bit of a disadvantage because of being on motorcycles. The riders put the helmets on and a lot of time when you’re showing somebody a race, they don’t really know what’s going on. The way that they cover F1 with the communication, you get to understand the back story and you get to understand why this is important and why that is important. I think the industry needs to allow that kind of access. When you see the stories that are going on (in Formula 1), like if the engine is crap, they’re talking crap about the engine. If there’s a controversy with this owner or that owner, they’re talking about that. They are letting the audience inside to the good and the bad of F1 and I think that’s probably what is the most attractive thing. I am not sure if the motocross industry would allow that. Now, they should. Because if we all come together and we could create a project like that, the sport will grow. More people will want to know about it and then they’ll realize, “Hey, we can’t go out on an F1 track, but I can buy a motorcycle and go out on a track or a trail.” I think that you have to be able to show an audience that it’s more about who they are as a person and I think that F1 does a great job doing that. It looks like they came together and went, “Okay. Let’s give everyone all access, show them what it’s really like, let’s not sugar coat anything,” and it’s successful.

In terms of a storyline for this movie, how difficult was it compared to other things you’ve done before? Was it challenging having to navigate all the COVID-19 protocols? How much different was the storyline and building that out than just following the series, where you’re trying to broadly cover the sport?
Well, I think that this was actually a lot easier, because it was pretty simple. KTM wanted to do something to grow the sport of motorcycles and I want to do stories about leadership. I think that KTM made this project very easy for me because all I really needed to do was turn the camera on and show what this company is doing. They want to sell motorcycles. They want to grow the sport. And to me, that became a very easy subject. I mean, there’s a lifetime of stories right here that I could just tell within these walls. I think it just came so natural. When everyone else is pulling back during a pandemic, there’s a manufacturer that’s moving forward and I thought, “Well that’s an inspiring story.” It’s a David vs. Goliath kind of thing. That motivated me. If I need motivation these days, there needs to be a purpose, you know? Because I just can’t go out and tell another story about a motorcycle race. There has to be something behind it, some sort of movement or some sort of motivation to make me want to go and do it again.

We heard a lot of comparisons to On Any Sunday with The Year of Jubilee with it being 50 years on. Is that generally speaking, kind of the response you’re hoping to get from this film? Just a lot of people reacting to it the way the did with On Any Sunday. This urge to go out and ride and be a part of the community that hadn’t been seen before that film came out and then obviously, a huge surge after that. Is that how you’re feeling with this?
Yeah, I think I need to not think about the actual motocross community and audience. I need to think about people outside of the sport that don’t even know what a motorcycle is. So, I’m hoping that they look at some of the Loretta Lynn’s footage and look at these little E-mini motorcycles and they understand how easy it is to get into he sport. I think it’s important to show that families go out and enjoy this together, and the father and the son and everyone can do this together. And if you see the scene of Maximus [Vohland] pulling out of his garage and going up into the hills, I mean, that’s what they used to do in On Any Sunday. Everyone in Southern California had a motorcycle it looked like. It seemed like it at least. They would go ride with their friends in the hills and that’s such a beautiful thing that doesn’t happen so much anymore. And KTM testing and developing these E-bikes, and you have one that the dad can ride and one that the little kid can ride, they can go out and do this together after school. I mean, that’s what I want to promote.

Watch the trailer for The Year of Jubilee below: