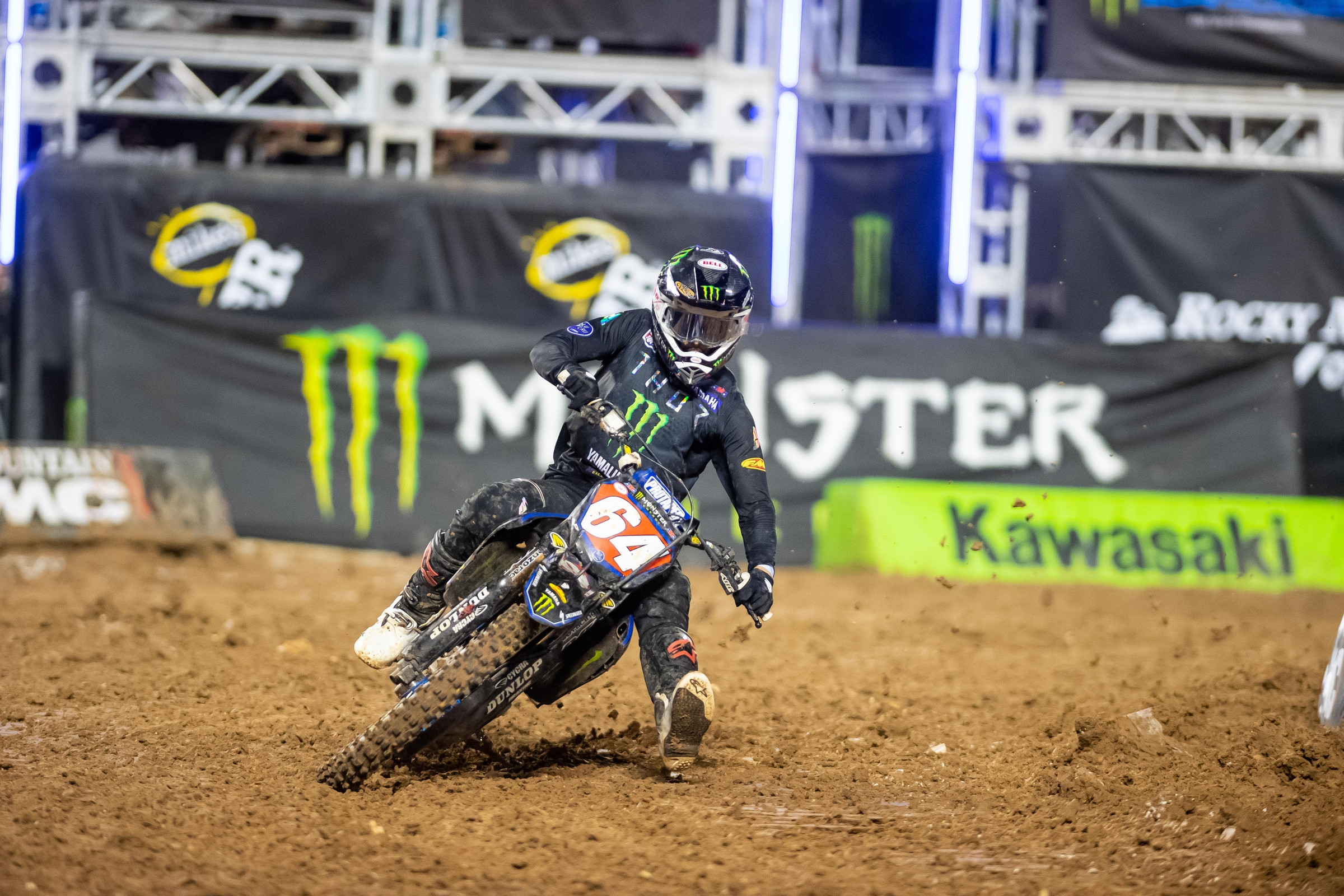 Monster Energy/Star Yamaha Racing’s Colt Nichols did extend his points lead in 250SX East via a second-place finish in the main event, but racers want more, and that’s why he’s frustrated to not get a win in Orlando. At times Nichols had the pace to close on race leader Jett Lawrence, but he could never get close enough to show him a wheel.

Steve Matthes called Nichols to talk about it after the race.

Racer X: You almost had a big one in the main event, but outside of that, I would imagine it’s kind of frustrating for you. You would pull in, whoops would get you, lappers would get you. You’d pull in again, it would happen again. So kind of frustrating for you?
Colt Nichols: Yeah. I think you kind of said it there. The frustration was kind of wrote all over my face on the podium. I kind of felt like a jackass. It’s always cool to be on the podium, but there’s nothing like winning. I really wanted to try to go out and do that tonight and maximize the opportunity I had at hand. I just had no intensity at the beginning of that main. I was so flat. I don't know why. I just went out there kind of riding around. That’s why I was mostly frustrated, not because I got second. Jett rode awesome. I felt like I had a little bit more in me to give and I didn’t, so that was frustration. But overall, not bad. I wanted to add a little bit more points, but it is what it is. It’s better than going negative like we did last weekend. So I can’t complain. It was a solid night and now we’ve got a long break, kind of get everything healed up and get ready for Salt Lake.

What was more frustrating for you, the whoops or the lappers?
[Laughs] Honestly, it’s a toss-up. I was going into those whoops like an idiot! I have no idea what I was doing. That’s why I was so frustrated. I was like, what am I doing? I forgot how to ride during some of the parts of the track. It was so weird tonight because Jett had just enough, I don't know what the gap was, maybe two seconds, three seconds, it was just enough to where the lappers would get out of the way, and then I would come up on them but they thought it was somebody else. But it’s been like that all series. People get mad with the lappers, but that had nothing to do with me not being able to beat him. It happens. It’s just part of our series now unfortunately. I just needed to be a little bit better and I feel like I could have won, but overall I didn’t. So we’ll take some positives from tonight and enjoy this break and come into Salt Lake City.

Watch Nichols' miscue at the 1:10 mark in the highlights below:

I think you could reel him in at times, right? It looked like around the first turn you were better in that section, and then you would just give it all away in the whoops. Then you’d get it all back, and then you’d give it away in the whoops.
I was just struggling to find that line there. I felt like I could reel him in at ease at some points, and sometimes it was harder. I’d get caught up with stuff. It was a very up-and-down kind of main for me. Then I ran into it myself before that big triple. Overall, I think frustrating for me.

How close was that? That was coming up on Nagy. You were lapping Nagy. It was his first career main event in 118 tries.
Yeah, I was actually talking to Derek [Rankin], Christian’s [Craig’s] mechanic about it. He was jazzed up [that Nagy made a main]. He’s an old Team Gus rider so that was cool for him to make his first main. It was chaos a little bit. I had a big moment there. Then after that it kind of almost screwed me up a little bit. I was like, “Wow, I need to pull my head out of my ass and ride.” Then I started to kind of get it together. With two laps to go I was like, Okay, I’m going to make a good push. Then I didn’t even realize we had two laps left. I just waited way too long to pull my head out of my ass, for lack of better words. So I just needed to do that early tonight and I didn’t.

Points leader going into the break. You’ll take it, right?
Yeah. I can’t complain about that. Like I said, we added a little bit and I’m in a good position. Just start getting ready for outdoors now, and then come into Salt Lake and be good to go.