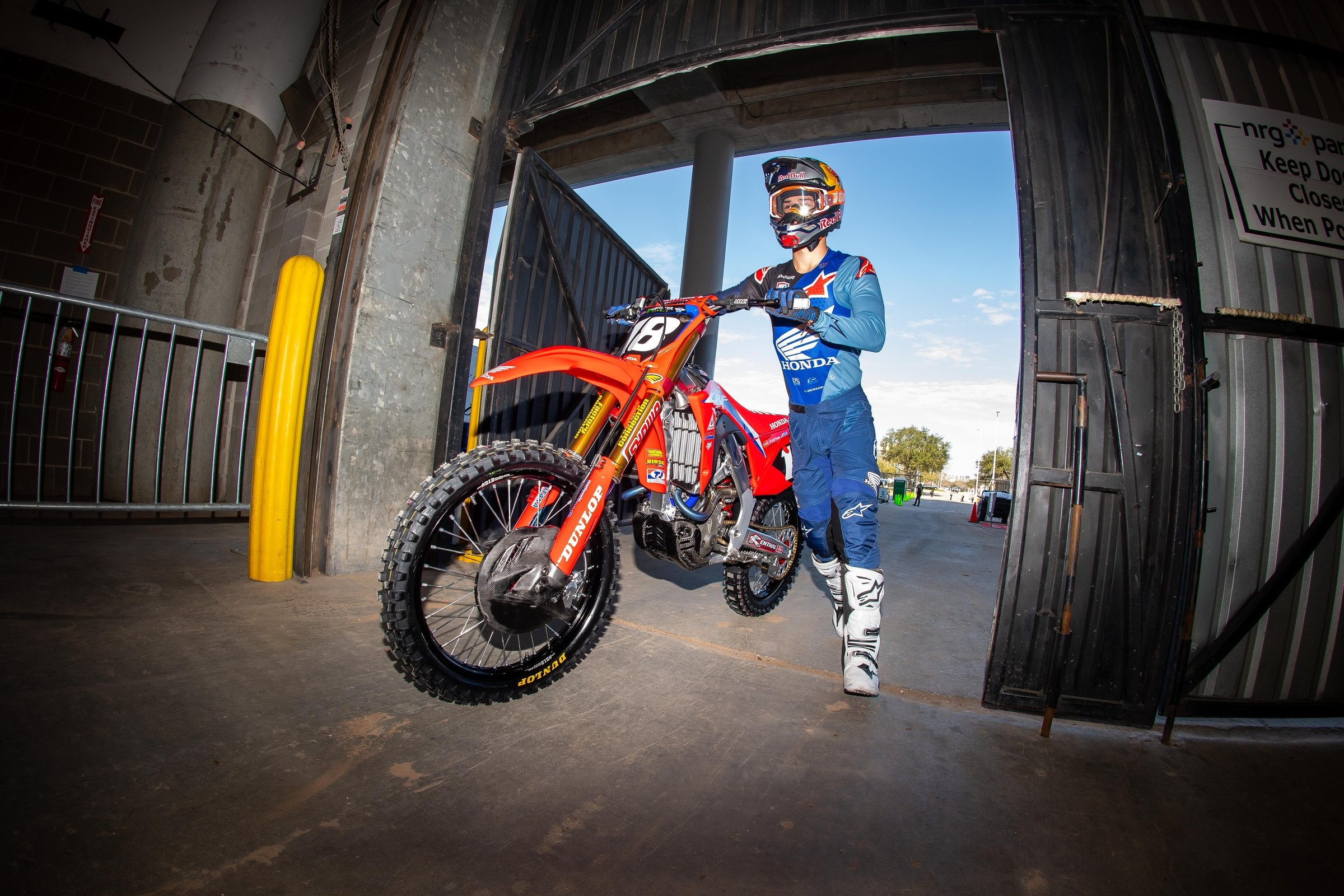 In November, I wrote about the changing game in the 250 class. It has become much harder for teams to predict the future and figure out which prospects will break through. For a long period, it seemed much easier than it should be. Ricky Carmichael, James Stewart, and Ryan Villopoto made for a nearly 15-year long run of Kawasaki Team Green riders blossoming into professional champions for the brand. Kawi didn’t hold ‘em forever, but they built the most successful pathway to the treasure. Honda didn’t net 450 titles, but the GEICO Honda team delivered plenty of goods by signing standouts like Trey Canard, Justin Barcia, and Eli Tomac, and yes that team going big on amateur prospects was a huge move to try to up-end Kawasaki’s apple cart. Kawi had Mitch Payton and ridiculous bikes. GEICO Honda had to double down on kids to win. For a while, that team was all hits, no misses.

Today’s trouble replicating that actually comes not from the bottom, but at the top. There’s simply more parity in the sport these days than anything we’ve seen in the last few decades. For a while, if you didn’t have a rider named McGrath, Carmichael, Stewart, or Reed, you weren’t winning anything big. Later, any team that didn’t have one of the two fast guys named Ryan was in for a hurting. In the 2000s, it was tough sledding for the Ernesto Fonsecas and Ivan Tedescos of the world. Great riders, multi-time 125/250F champions, but facing a brick wall with the names Stewart, Carmichael, and Reed painted on it.

Eli Tomac and Ken Roczen are great riders, too, but they couldn’t put the padlock on the top steps the way their predecessors did. Some of that is due to their own errors, but some can be traced much further into the roots. Ricky Carmichael has told me recently that the training facility is partly responsible for the parity. In his day, training programs varied greatly. Today, almost everyone is doing the same kind of thing—pushing hard with other athletes, on ready-made tracks. Probably in either California or Florida. And enough riders have visited enough trainers and tracks to where there are no longer any secrets. That will certainly level a playing field.

Now back to the 250s. Some team managers have told me that with today’s 250Fs having so much power, it’s harder to figure out what 85cc ripper will actually transition over when they’re a pro. Certainly the gap between KX80 Stewart and KX125 Stewart was less vast.

So, we’ve got a leveled playing field set up against one huge variable—the jump from minicycle phenom to professional 250F powerhouse is quite vast. Also, the random luck of injuries is not bouncing the way of the favorites. Somehow, Villopoto avoided the injury break, but Adam Cianciarulo did not. That has a big impact on the results. They’re all over the map, for everyone.

So now we add Austin Forkner to this list. If anyone seemed destined to break from this pack and really put a stamp on things, it was him, as Forkner ripped through the amateurs, had rock-solid early success as a pro, and seemed headed to the expected heights. Now, an injury last Saturday at Houston looks like it will once again stop a Forkner 250SX title hunt. Think of how Forkner’s career was going before that knee injury at Nashville 2019. Think of how it’s going now. Does Forkner have the talent to finally dig himself out like Adam Cianciarulo did? Of course. But watching this story go sideways just further proves how hard it is to keep it straight.

No longer can one just expect a young phenom, any of them, to just be the automatic hit. In fact, we’ve seen more recent tales of the underdog finding success than the overdog. Teams have to look, invest and try anything. They still might miss. Do you go all out to get the next Forkner? Of course, you have to. Is that a sure-fire way to succeed? Not anymore.

This also leads us back to the other time-worn pathway, the search for the foreign rider that can ride supercross. Jean-Michael Bayle actually changed the paradigm, but he was actually too good. He was so skilled that you couldn’t even make comparisons to anyone else. JMB wasn’t one in a million, he was one in a trillion. Sadly, this happened so long ago to where we can merely say…Google him, kids. After that came a variety of hits and misses from the foreign contingent—although without Bayle probably none of them would get a shot—but it was Reed’s success against American phenoms Carmichael and Stewart that really cemented it. That was 10 plus years after JMB. Everyone in America knew RC and Bubba were unbeatable. Reed proved there were other ways to do it.

Still, that kind of success is rare. Jett Lawrence is the one wearing that crown right now, but this is 20 years (really!? That long?!) since Reed showed up on these shores. Jett is showing the talent and the progression to be the real deal. Lawrence is both re-affirming that never-ending search for the next surprise hit from overseas, but also showing, again, how hard it is to pick the next big star. There were tons of talented Americans in the amateur pipeline. Who knew some Australian kid living in Europe would actually be the answer?

Of course, there’s the chance it gets derailed for Jett. Anyone who saw his leg twist between the whoops and his motorcycle during his crash in the whoops last Saturday afternoon knows this. It can all change so quickly. At 17 years old, he’s on the right track, but even Ken Roczen’s story can tell you no one, no matter how quick a study in supercross, no matter how talented, can take anything for granted. Oh, plus, Kenny left KTM before his prime years anyway.

For teams, brands, anyone trying to plot out the next few years, this is a stressful scenario. Same thing I said in November: Where will the next generation of 450 stars come from? They might come from same old places, but the path to the top might look much different.