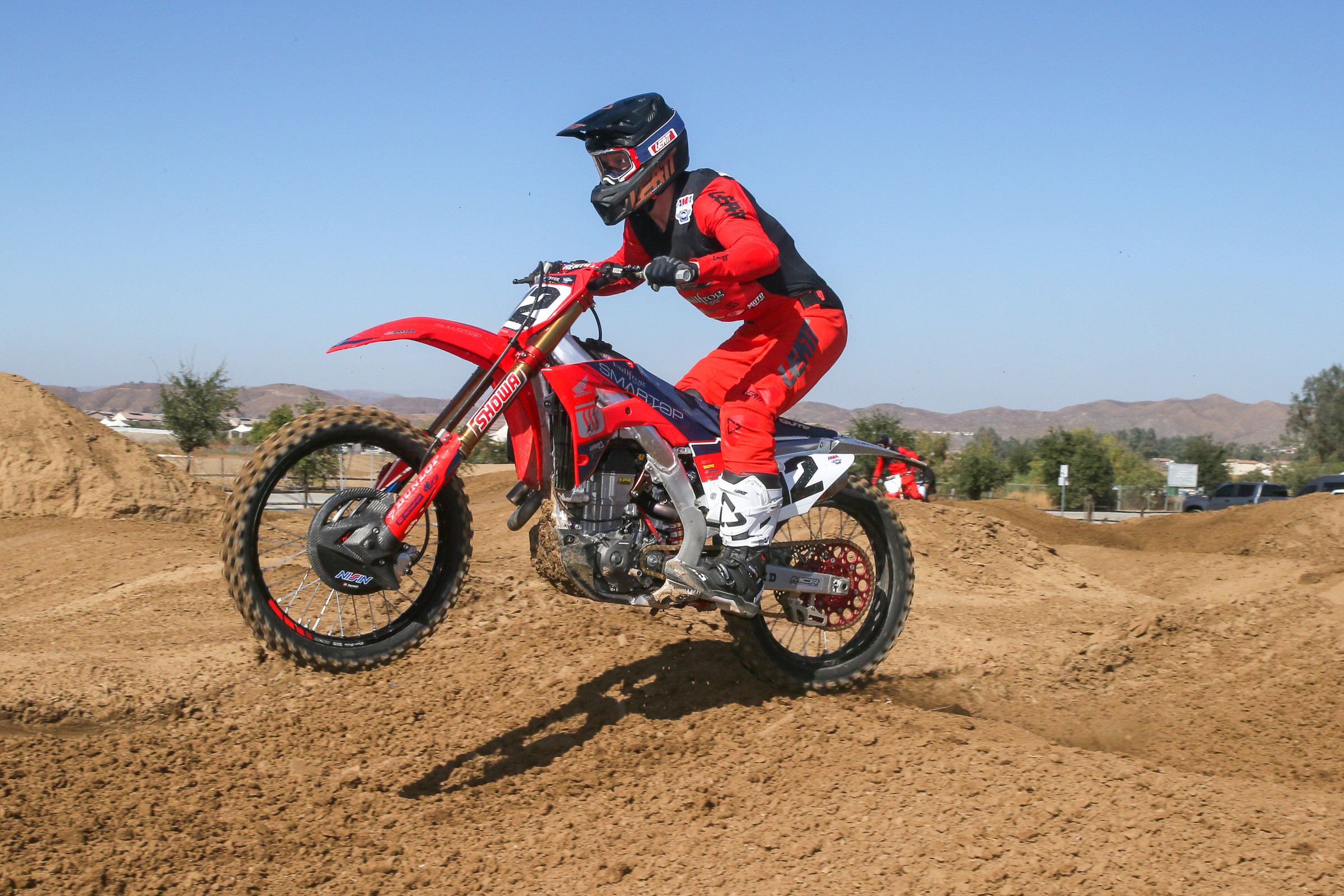 The 2021 season of Monster Energy AMA Supercross kicks off this weekend in Houston. Check out this report for a look at who’s racing, and who’s sidelined with injury.

Comment: Anstie will miss the opening rounds of supercross due to a lower back injury suffered while practicing. The team did not go into detail but had the following to say:

Twisted Tea Suzuki regrets to inform you team racer Max Anstie of Winchester, United Kingdom will miss the opening rounds of the 2021 Monster Energy Supercross Series. A crash during his final practice day leading up to the Houston opener resulted in a lower back injury. Please wish Max well in his recovery and potentially see him back competing on the track as soon as Indianapolis.

Comment: Ferrandis broke his hand in early December while practicing. He’s back on the bike, and when we checked with the team this week we were told he’s good to go for Houston.

Comment: McElrath suffered a separated shoulder roughly two weeks ago while practicing. At the time he said it was unlikely he’d race in Houston, but has since said he’s planning on letting pain be his guide on whether or not he’ll race this Saturday night. McElrath had the following to say in a pre-race press conference:

"Doctor G told me to let pain be my guide. I can deal with some pain but without much strength there that's the hard part. I'll be at the first round and we'll wait and see how I feel there and if I can do something,” McElrath said on Monday.

The SmarTop/Bullfrog Spas/MotoConcepts Honda team announced on Instagram on Friday night that McElrath will be out for the opening round.

"Unfortunately, @shanemcelrath_ and @aaronmrozek will have to wait for their 450-class debut. A shoulder injury suffered in a practice crash has sidelined McElrath temporarily. Looking forward to his return!"

Comment: Miller dislocated his wrist and tore some wrist ligaments during the Lucas Oil AMA Pro Motocross Championship. He’s still healing up but plans to return to racing in Orlando.

Comment: Drake suffered a compound femur break while preparing for the season. It’s extremely unlikely he’ll be back for any supercross in 2021.

Comment: Gonzales crashed while preparing for the season and suffered a broken tibia/fibula and talus in his ankle. He’s out for the season, although the team hopes he’ll be able to return for a few rounds of the Lucas Oil AMA Pro Motocross Championship.

Comment: Thompson tore his ACL and Meniscus and will miss the entire season of Monster Energy AMA Supercross.

Main Image Courtesy of Guy B