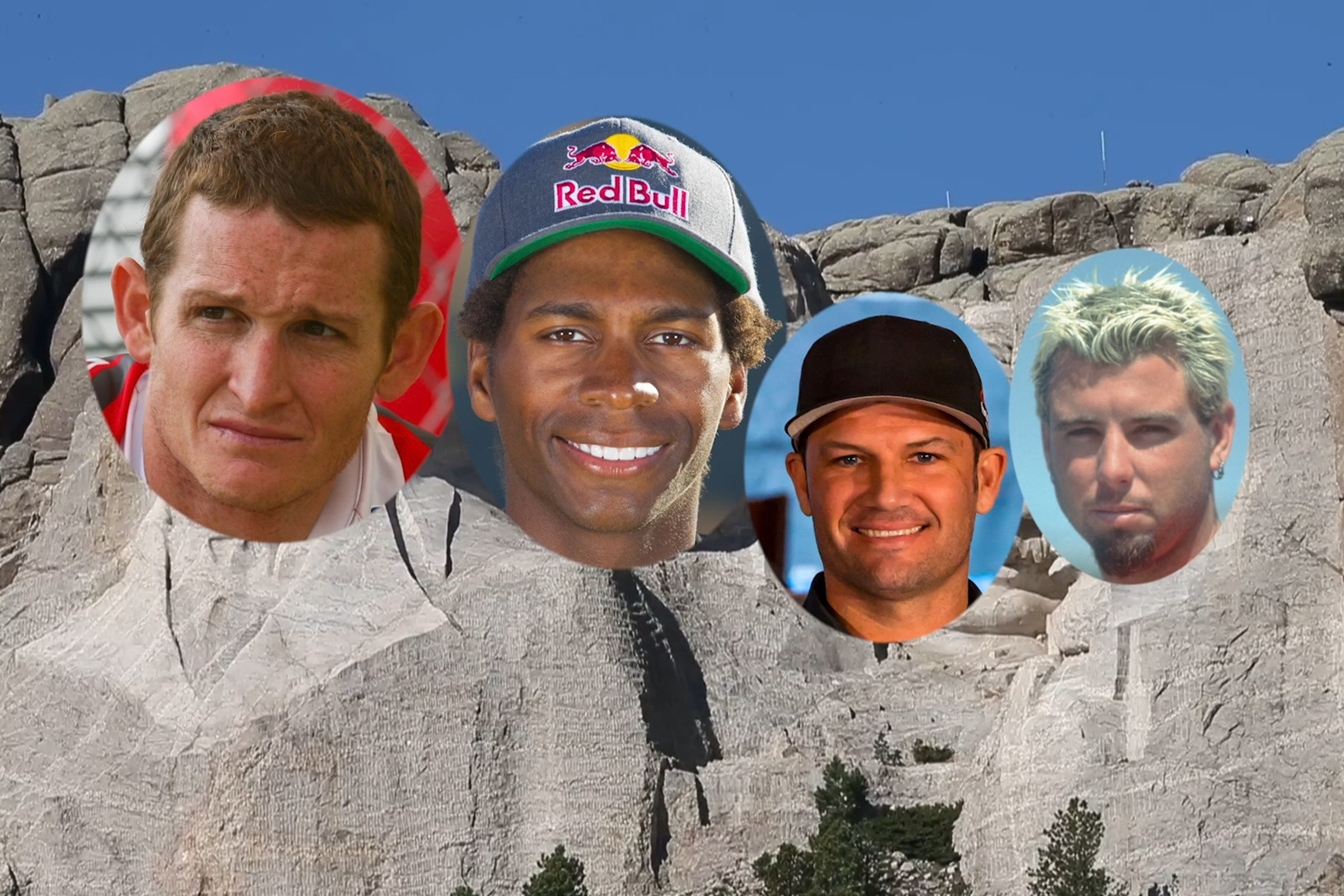 Over the summer during the 2020 Lucas Oil AMA Pro Motocross Championship, the team at NBC Sports called up many of the current top motocross athletes to ask them one simple question: who belongs on the Mount Rushmore of motocross? While there are certainly many qualifiers that need to be outlined for this to be a legitimate discussion, it was still interesting to see how the riders selected their four legends who deserve to be chiseled into a mountain.

Today we take a look at how each rider responded from newly crowned champions like Zach Osborne and Dylan Ferrandis, all the way to gritty privateers like Alex Ray.

Rockstar Energy Husqvarna’s Zach Osborne has a unique perspective to others having been successful both in Europe and in the USA. So, as you’d expect, Osborne indeed places a Grand Prix legend on his mountain, but he’s also keen to pay homage to an old school American legend which many riders as we move down the list will not.

Ferrandis hails from France and thus grew up watching the MXGP stars in person more so than the top riders in America. Even so, he still explains that the four riders he selected are ones he believes everyone else would also pick.

As mentioned, the many qualifiers that need to be outlined for this list were not part of the question and Eli Tomac appeared to take an approach of overarching achievements earned from motocross and supercross combined to compile his list. It’s always unique as well when, being someone like Tomac, you can say you’ve beaten two of the four riders you list.

The Lawrence brothers have also experienced racing in both the USA and Europe during their short careers, so you can expect there to be a little crossover in their selections. What is interesting about the Australian duo is they nearly landed on the exact same four riders for their Mount Rushmore.

Cianciarulo prides himself on being a student of the sport and given his success as an amateur, he was also afforded the opportunity to ride and train with some of the best riders of the last decade from an early age. Given his keen eye on all things motocross racing, it wasn’t too much of a surprise to see where his selections landed.

A common theme throughout these videos is many riders seem to disregard the heroes from the early days of motocross on either side of the pond. That is, except for the Martin brothers, who both reached back into the deep past to grab some legendary names out of the bag and add them alongside a few of the more modern-day greats.

Bam Bam also selects a few names that don’t commonly jump to the front for some of the other riders but certainly deserve to be discussed for their spots on the mountain. It probably helps a bit two that one of Barcia’s selections happened to spend a lot of time with him early in his career.

Justin Cooper wastes little time to name his four riders which shows that he has a clear idea of who he puts as the four most iconic names in our sport.

The Rocky Mountain ATV/MC-KTM-WPS squad approach their selections with two different philosophies. Bogle looks at some riders that maybe don’t have stats that jump off the page, but their influence was felt for years, while Baggett looks at how much those wins and championships matter. We also have the only time a current rider was selected during all of these videos.

Anstie returned to the USA this year after nearly a decade spent in the MXGP paddock, but he still always had a keen eye on America. As such, the Briton named three Americans to his chiseled artwork.

McElrath adds some cool discussion to his selections as he even references one of the actual Presidents on Mount Rushmore and how one of the riders he chooses related to that President. McElrath also dives into the character traits of some his choices as well to further explain why he puts them on his list.

Tickle has been around long enough to have seen many of the legends mentioned throughout these videos in their heyday. So much so, three of the four riders that Tickle mentions all won races while Tickle was on the track with them.

This is a fun one because you have two very different upbringings that produce wildly different results. Savatgy has been in the USA his whole life and career whereas Noren was born and raised in Sweden before coming over to the USA to race. As such, their Mount Rushmore’s only share one rider on both.

Harrison has spent time in his career racing in both Europe and the USA, so his spectrum of understanding the importance on both sides is a bit broader. Because of that, he not only selects a legend from Europe, but even goes a step further a chooses a rather off the board name that actually had a very successful career on both sides of the pond.

Last but not least, we have journeyman privateer Alex Ray who uses a myriad of different character traits to select his four riders. Some of his choices fit right in with what most other riders say while he also includes a few riders that rarely get discussed.

If you want to see all videos together, take a look at this compiled version to hear what each rider has to say in succession: