“I have decided to sit out the rest of the 2020 season. All year I been struggling with a recent injury on my foot and I believe it’s the best solution to get this fixed before I jump back on the orange machine, so will have surgery on that next week to hopefully be able to finally being able to ride a dirtbike again in 2 years without pain. The recent crash happened because my foot came off as I had to put my foot differently on the footpeg as I always had pain and thats why I went over the handlebars and crashed on my neck. On another note the neck and back injury is fully healed.

The last 2 years have been difficult, due to the foot I wasn’t able to perform at my best. I believe this can be fixed and that we will have bright years in front of us.

For now I would like to thank all my sponsors and partners for believing in me and we will strike back in the future. 💪"

Herlings was leading the MXGP championship by 60 points until a horrible crash during timed practice for the 2020 MXGP of Citta Di Faenza. Herlings was put on a stretcher and eventually life flighted to a local hospital. While his initial checkups were okay and reports from KTM brought good news, Herlings himself took to social media to explain the severity of the injury, stating:

“Eventually I ended up breaking my C1, C6 and T3. Doctors told me I got through the eye of the needle with not ending up paralyzed. From the good side, I got 3 stable fractures with only small cracks in the bones and the healing process wont be too long and doctors say I will get a full recovery from this injury.”

As Herlings recovered from his injury, Antonio Cairoli, and now Tim Gasjer, have taken over the championship lead with seven rounds to go in the season.

Herlings season will end with four overall wins in six starts. For more on Herlings' season before his injury, read the feature below. 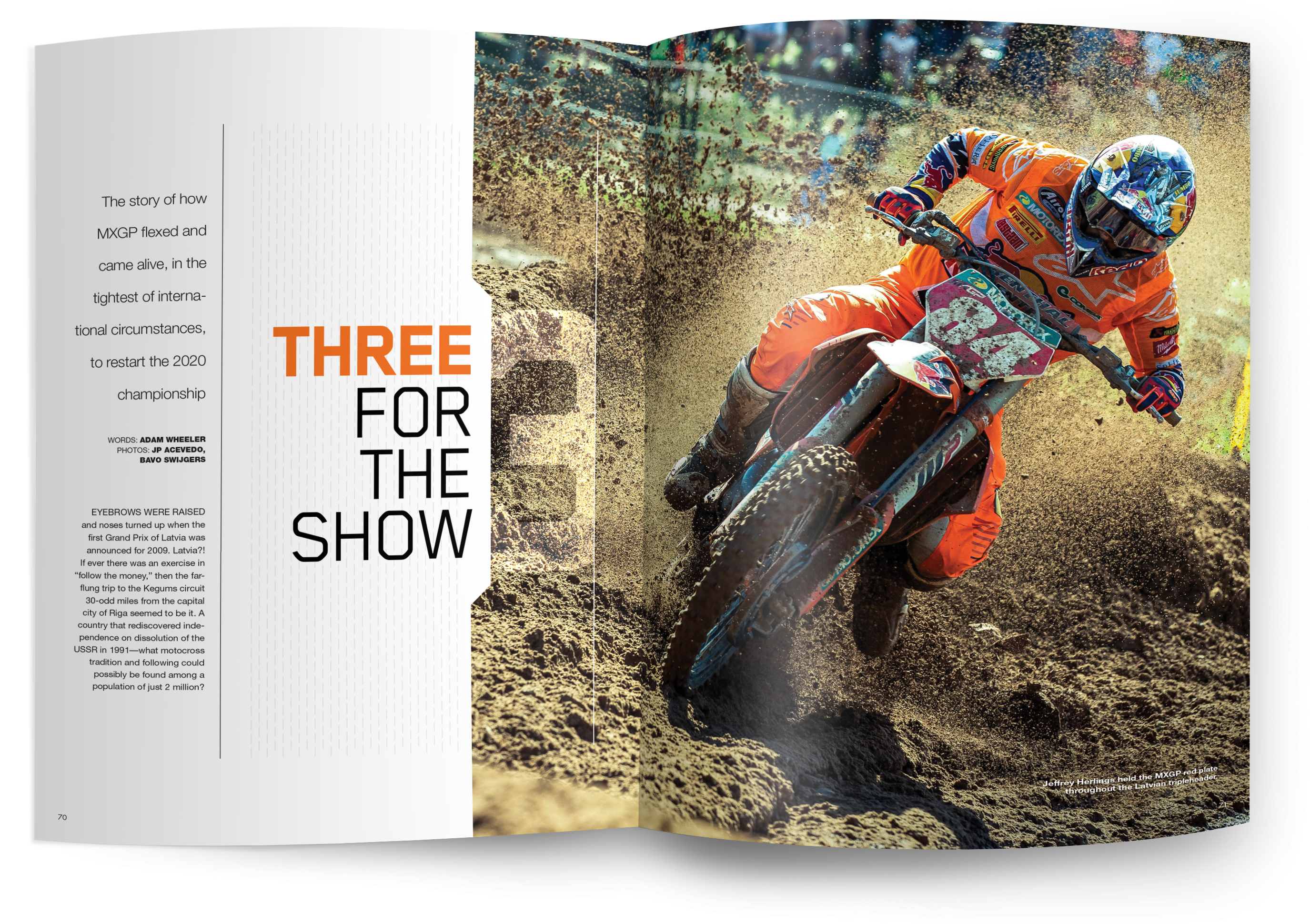 The story of how MXGP flexed and came alive, in the tightest of international circumstances, to restart the 2020 championship.