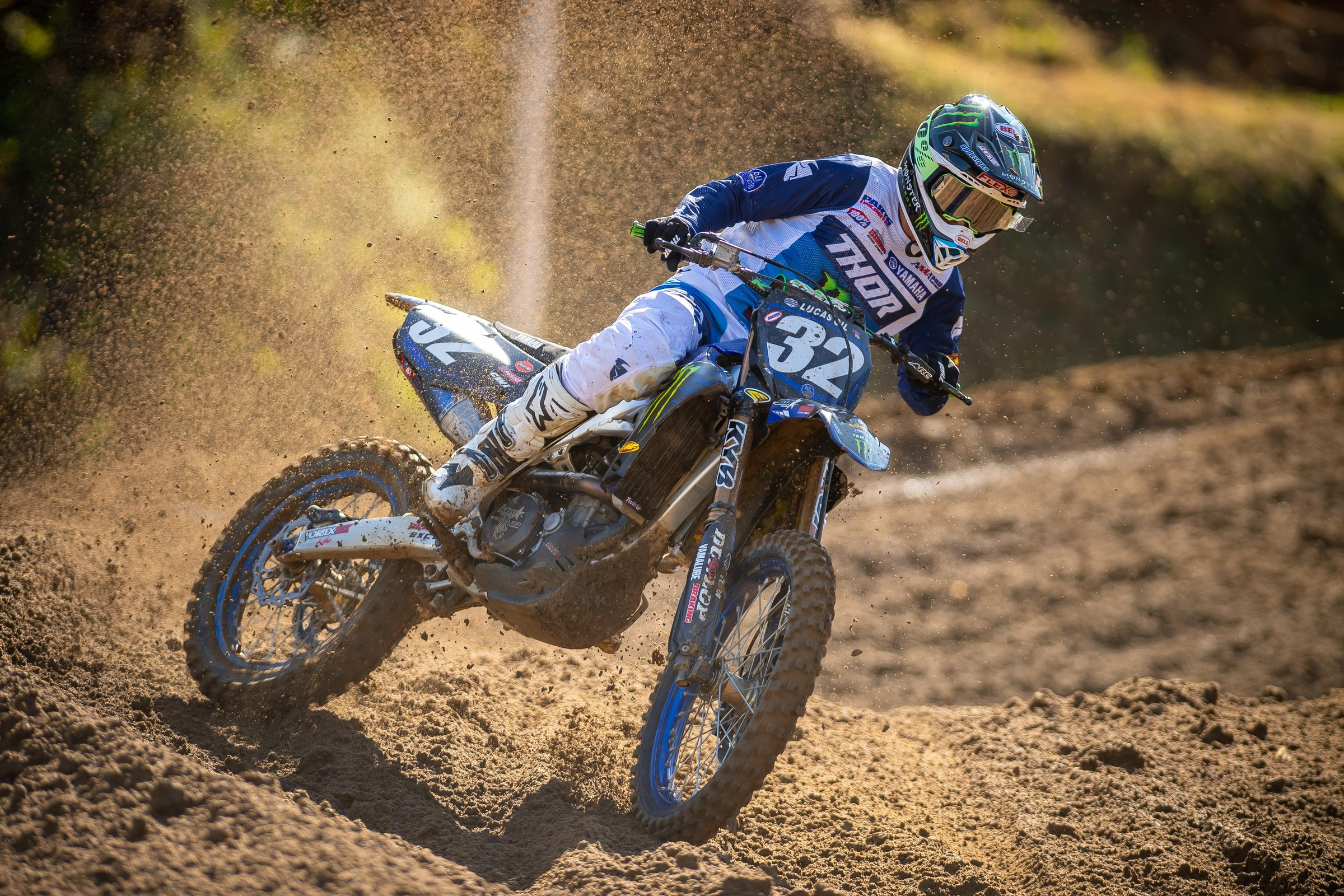 If the second-moto battle from the Spring Creek National between Jeremy Martin and Dylan Ferrandis didn’t get your heart racing, you probably don’t have a pulse. We’ve seen some great battles this season, but that has to be the best! But entertainment value aside, the battle may have long-lasting implications. Before Spring Creek, the race was pretty much over if Ferrandis was able to get into the lead. Even Martin himself has remarked that Ferrandis is the fastest rider in the class. But after the fight Martin showed at Spring Creek, well, you’ve got to wonder if Martin has been able to somewhat neutralize Ferrandis’ potent speed advantage. If so, the way this championship plays out could look completely different down the stretch. –Aaron Hansel

Before Spring Creek, Zach Osborne had been about as rock solid as you can get and had a nice points buffer to prove it. Well, thanks in part to a flat front tire in the second moto at Spring Creek, as well as Adam Cianciarulo going 1-1 on the heels of getting his first overall victory at RedBud 2, Osborne’s once tight grip on the 450 Class championship appears to have weakened just a bit. He’s still got the red plate, but instead of the 28-point gap he held over Marvin Musquin before Spring Creek, he now has a 15-point lead over Cianciarulo, who’s really been coming on strong lately. Osborne is still in the driver’s seat, but Cianciarulo’s on the move. –Hansel

Things aren’t looking good for Eli Tomac’s attempt at winning his fourth consecutive 450 Class Lucas Oil AMA Pro Motocross Championship. Even after Osborne’s flat tire at Spring Creek, Tomac still trails the championship leader by 39 points, and with just three rounds remaining Tomac would have to be flawless and hope the three guys in front of him run into some bad luck. That said, getting some wins would probably be nice, especially considering he’s only got one so far and has only led six laps. Who thinks Tomac gets back in the winner’s circle in Florida? –Hansel

The Legend of the Iron Gut

Cameron Mcadoo has got to be made of iron, or at least his stomach must be. The Monster Energy/Pro Circuit Kawasaki rider took a hit to the gut so hard at Spring Creek he was throwing up afterward. It wasn’t on the broadcast, but if you want to see the crash check out his Instagram (we can’t embed it here due to explicit language). It was gnarly! Yet, somehow after absorbing a blow that would put a linebacker in a coma, McAdoo didn’t sustain any injuries and will be lining up in Florida. We’ll see if his big crash in Spring Creek has any lasting effects at WW Ranch. -Hansel

Nick Gaines has had some pretty solid results so far this season, but he’s also had a few hiccups, two of which came at Spring Creek. Gaines got a flat tire in the first moto and didn’t even get to race the second when a motor problem forced him off the gate before it even dropped. It certainly had to be discouraging for Gaines, but the question is, how will he respond? Will we see him rebound and regain the form that saw him open the season with an 11th overall? –Hansel

Justin Cooper won the Anaheim opener, which feels like a decade ago now, but has had a year to forget since then. An injury following the Salt Lake City Supercross swing left Cooper well behind in fitness and training heading into the Lucas Oil Pro Motocross Championship. Finally, we saw a glimpse of the Cooper of old at Spring Creek as he holeshot and led quite a few laps in the second moto. He spoke afterward on the struggles and hinted that he’s finally getting back to the comfort level with his fitness that he had before and the team is also helping improve his bike testing ability to get him on the right track with setup. Look for an improved Cooper again at WW Ranch where he comes in as the reigning overall winner. –Kellen Brauer

Blake Baggett has catapulted himself into a different discussion when we head into a weekend of racing each week after his second moto victory at RedBud 2, which completely ignited him to new heights. Despite not winning a moto at Spring Creek, he was arguably one of the fastest riders on the track for the second round in a row. Being over 40 points down in the championship likely means his title hopes are a bit farfetched at this stage, but there’s no question his confidence and momentum is likely to make him a spoiler down the stretch. –Brauer

A Difference of Degrees

The Florida National last year had the typical muggy, boiling temperatures you can expect when you go to Jacksonville in June. Given that the series has been pushed back and we’re now heading to WW Ranch in late September, the weather is much more moderate. While still expected to be high 80s, low 90s, the humidity will be a bit lower and we may even experience a classic afternoon Florida shower. These factors will likely make a much different race weekend then the heat stroke laden weekend we saw last year. Expect riders to be able to push that little bit extra in the Florida sand. –Brauer

A Matter of Time

Now that 450 Class rookie Adam Cianciarulo has clicked off three moto wins and has two overall victories on the year, it seems like fellow rookie Chase Sexton is not too far behind him. The Honda HRC rider has been third in a moto three times this year but has shown that he can run the front pace at times as well. WW Ranch was where he claimed his first ever 250 Class moto win last year and despite suffering heat exhaustion that very same day, the track clearly has some good vibes in it for Sexton. Look for him to also be a threat this weekend as well. –Brauer

RJ Hampshire suffered a freak incident in practice at Spring Creek where he and Jeremy Martin came together on a tricky uphill step-up. The contact resulted in Hampshire suffering an injury to his hip that he spoke about after finishing second in the first moto. Though he seemed fine at the time, the second moto was much more of a struggle and could still have some lingering effects this weekend. If it’s not 100-percent, it will be a bit of a bummer for Hampshire who is a Florida native and won the only MXGP race held at WW Ranch in the MX2 class back in 2017. We’ll see what version of Hampshire we get on Saturday. –Brauer