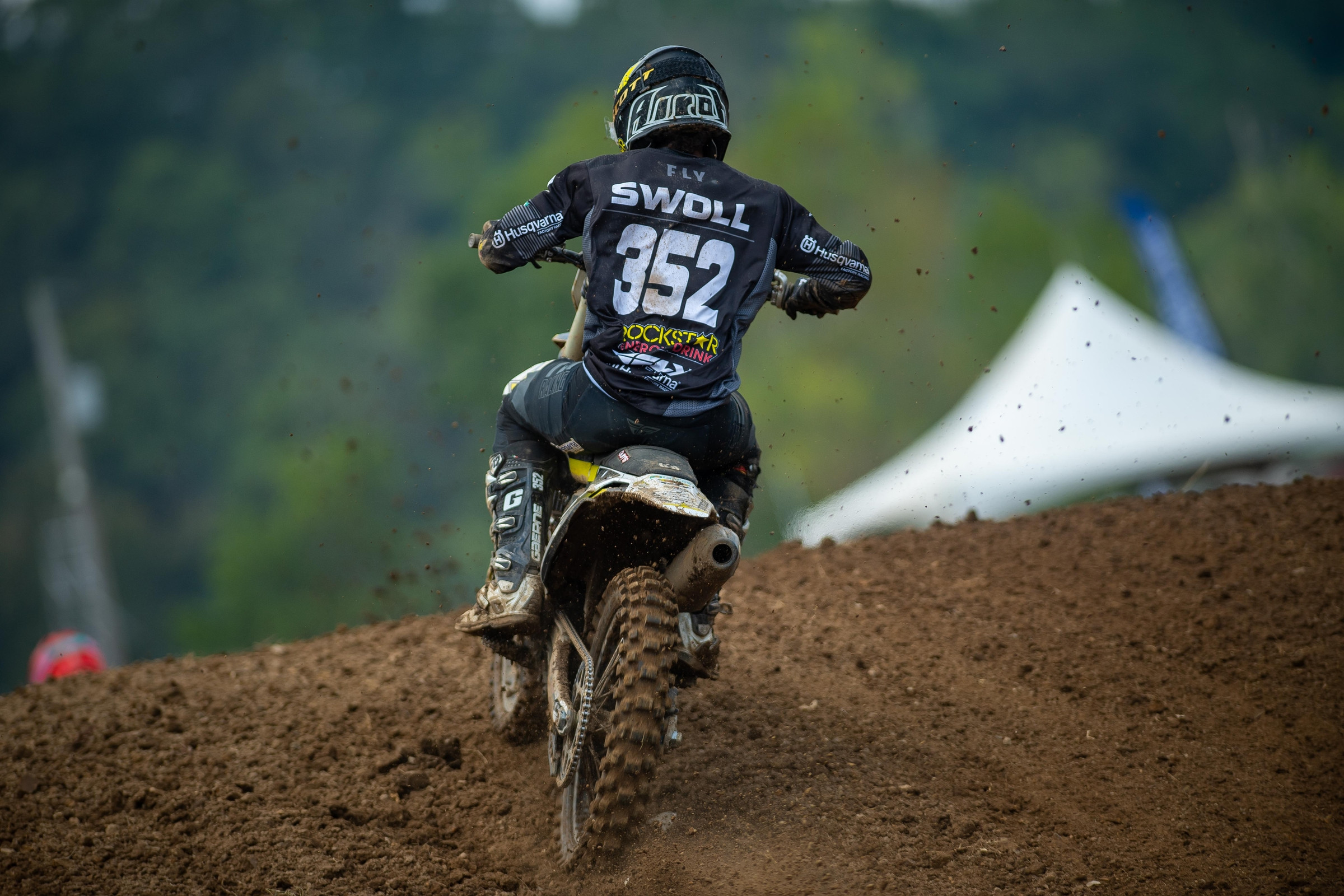 Comment: Bogle didn’t line up for the second moto last week after taking 17th in the first. We’re hearing he overheated. At time of posting we hadn’t received an official word on whether or not he will race this weekend.

Comment: Hand will miss the nationals this year due to a fractured scaphoid.

Comment: Plessinger dislocated his wrist in July. He’s had surgery and is out for the immediate future. In the meantime, Broc Tickle will fill in for him.

Comment: Roczen will miss Lucas Oil AMA Pro Motocross due to nagging health issues he’s been dealing with for quite some time. In January, Roczen revealed he’d been dealing with Epstein-Barr virus, and was battling shingles during the Salt Lake City leg of supercross. Christian Craig will handle fill-in duties this summer while Roczen recovers.

Comment: Webb will miss the rest of the series due to a back injury stemming from his big crash in Arlington earlier this year. Webb raced the motocross season opener, but found himself in extreme pain after re-tweaking his back. Afterward it was discovered he has multiple herniated discs. He is now out for the season.

Joey Crown – COLLARBONE, CONCUSSION | OUT in

Comment: Crown aims to return to racing at Ironman Raceway. He’s been dealing with a symptoms stemming from a concussion suffered in Atlanta.

Comment: On Friday evening we learned that Crown is feeling okay and with the second round moved from Washougal, Washington, to the Loretta Lynn's Ranch, the privateer has made the quick drive down from Michigan to compete this weekend.

Comment: Forkner crashed at the final round of supercross and injured his pancreas, liver, kidneys, and spleen. A portion of his pancreas was removed, as was his entire spleen. He’s back on the bike, but there is no timetable on his return to racing.

Comment: Frye tore his ACL in February. He’ll miss some races, but still plans on making his pro debut at some point this season.

Comment: Marchbanks will most likely miss the entire motocross season due to injuries sustained during the Salt Lake City leg of supercross.

Comment: Masterpool broke his leg in June, but will be back before the end of the season. He’s back on the bike and doing light riding. On Instagram he said his doctor told him said things “should be good to go on September 1.”

I’M BACK.... kinda.🤷🏼‍♂️ Watch me ride in my new vlog out now link in my bio. Still have a broken leg unfortunately, but I’m allowed to ride smooth corner tracks with no jumps or breaking bumps in a solo controlled environment, working on technique. The doc is saying it should be good to go on September 1. I’m doing everything I can to get back sooner 😤 I’ll be back stronger than ever 💪🏼 PC @shanepederson #4jesse

Kevin Moranz – BANGED UP | OUT

Comment: Moranz had a rough one during qualifying last week and found himself on the wrong end of some knobbies. He should return to racing, but he’ll miss this weekend.

@nickgaines68 had front row seats for that one😬... tried veering to a more outside line to miss him and my front end washed out sending me to the wrong place at the wrong time. I truly am lucky as the outcome could have been much different. Won’t be racing this weekend but look to be back soon.🙏 V/C: @eduarod7

Comment: Mosiman is slated to miss the first three rounds as he, in the team’s words, "continues to recover from complications suffered during a practice crash." The team did not further elaborate on Mosiman’s injury.

Comment: Nichols left the final round of supercross with a broken hand due to contact between himself and Chase Sexton. He’s had surgery and hopes to return to racing at some point this season, although as of now there is no specified return date.

Comment: Smith is out for the season due to a torn ACL suffered at Daytona.

Comment: Sanayei crashed in the second moto last week and popped his shoulder out. He’ll miss the action this weekend but hopes to return to racing at Ironman.

Comment: Swoll went down at the first round and sustained what his team has said is a “mild concussion.” He is out for this weekend, at least, and the team is “hopeful that he will return to racing soon.”