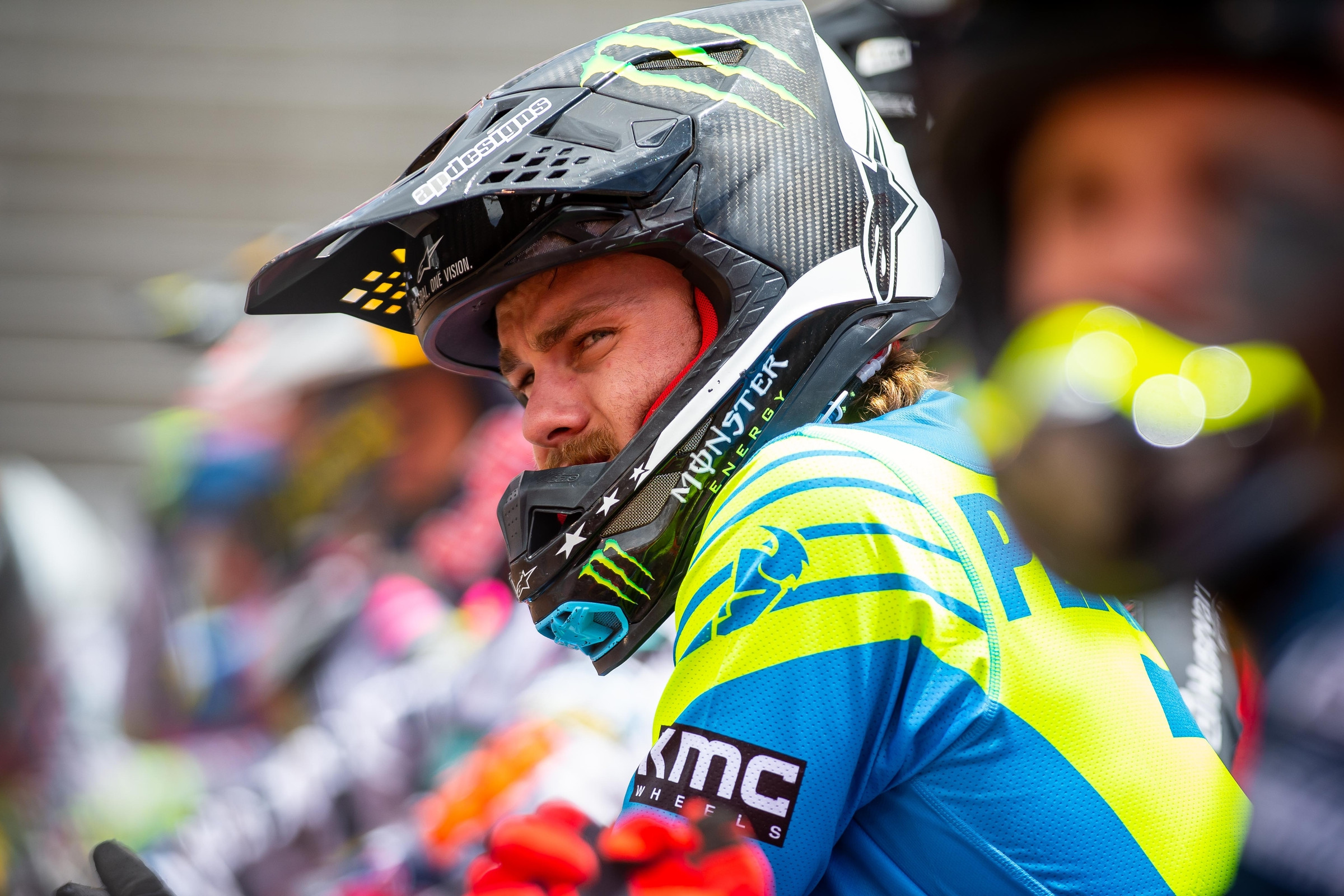 Comment: Anstie missed supercross with an Achilles Tendon injury but is will make his debut with the HEP Motorsports Suzuki team this weekend.

Comment: Bogle will line up to race for the first time since sustaining a big concussion at the Glendale Supercross in January.

Adam Cianciarulo – BACK | IN

Comment: Cianciarulo sustained fractures in his back when he crashed and was run over at Salt Lake City 1 Supercross. He will be ready to go for the Lucas Oil AMA Pro Motocross Championship.

Comment: Jeremy Hand announced he will be out for the Lucas Oil AMA Pro Motocross Championship after a fractured scaphoid was deemed to require surgery.

Unfortunately won’t being lining up for this years @promotocross season. Really bummed to say I fractured my scaphoid in my wrist 5 weeks ago but just found out this week surgery tomorrow to get it fixed. Can’t thank all my sponsors for everything! Get it fixed up and get ready for some @supercrosslive

Comment: Musquin missed all of supercross with a knee injury but will make his return to racing on Saturday.

Comment: Plessinger crashed in July and sustained a dislocated wrist. He’s had surgery and is on the mend, but could miss a total of 12 weeks. Whether or not he makes it back for any nationals remains to be seen. The team has called upon Broc Tickle to fill Plessinger’s spot this summer.

Comment: Roczen announced he will sit out the entire season of Lucas Oil AMA Pro Motocross Championship due to a need to rest and recover from ongoing health issues. In January, Roczen revealed he’d been dealing with Epstein-Barr virus, and was battling shingles during the Salt Lake City leg of supercross. Christian Craig will fill in during Roczen’s absence.

Comment: Savatgy is ready to race after missing supercross with a broken heel.

Comment: Crown was hoping to make it back for the season opener after sustaining a concussion in Atlanta, but he’s not ready just yet. He hopes to be back for Ironman.

Comment: Frye tore his ACL in February. He’s back on the bike and is expected to make his pro debut at some point this season.

Comment: Hampshire underwent surgery to repair a torn ACL when supercross was put on hold. He’s since healed up and is ready to race.

Time to fire the race bike up again 🔥🔥 Round 1 of outdoors this weekend! Ready to go @rockstarhusky @rockstarenergy @pthrall61 @husqvarnamotorcyclesusa

Comment: Marchbanks sustained serious injury at Salt Lake City 3 Supercross. He was hoping to be back for the start of the nationals, but it now appears Marchbanks will likely be out for the season.

Comment: Masterpool suffered a broken leg in June while training. He’s still healing up and is expected to be back before the end of the season.

Comment: On August 14, the Rockstar Energy Husqvarna sent a press release announcing Mosiman will be sidelined for the first three rounds of the championship as he "continues to recover from complications suffered during a practice crash four weeks ago." The specifics of Mosiman’s injuries were not announced but the team said Stilez Robertson (who won the Open Pro Sport and 250 Pro Sport classes at the Monster Energy AMA Amateur National Motocross Championship last week) will race the first three rounds as "Mosiman’s condition is further re-evaluated."

Comment: Nichols sustained a broken bone in his hand when he and Chase Sexton made contact with each other at the final round in Salt Lake City. He underwent surgery and was aiming for a return for this weekend, but things didn’t progress quickly enough. There is no specified return date for Nichols at this time, although he said on Instagram, “I’m doing everything I can to heal it up so I can get back to what I love.”

Comment: Smith crashed in Daytona and tore his ACL. He’s had surgery and isn’t expected to line up in 2020.

Well I’ve been very quiet on social media lately. But I have been working very hard on trying to get my knee back to where it needed to be to start riding again. It was a very long process and a few small things we’ve had to iron out but I’m excited to say that I’m back on the bike and getting back into the swing of things. I wish so badly I could say that I’m lining up to race the first round of @promotocross this weekend but unfortunately that won’t happen. I’m going to keep taking this recovery process slow and building my strength and foundation on the bike again. I want to give a huge shoutout to all of my sponsors that have stuck behind me and continue to support me! We are going to try to make a big comeback for 2021!! @pcraceteam @racekawasaki @monsterenergy @foxmoto @bell_powersports @scottmotosports @mobiusbraces @asterisk_usa @renthal_moto @polarusa @iamspecialized @mtfmx @ridedunlop @zimm763 @jhop206